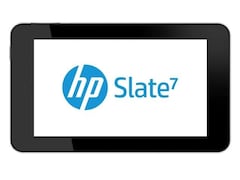 Connectivity options on the HP Slate 7 include Wi-Fi 802.11 b/g/n. Sensors on the tablet include accelerometer.

Need some help?
HP service center near you
Price List