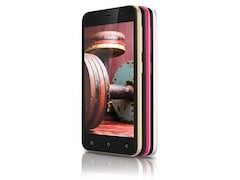 The Gionee Pioneer P3S runs Amigo UI 3.1 based on Android 5.1 and packs 16GB of inbuilt storage that can be expanded via microSD card (up to 32GB). The Gionee Pioneer P3S is a dual-SIM (GSM and GSM) smartphone that accepts Regular and Regular cards. It was launched in White, Grey, Red, and Golden colours.