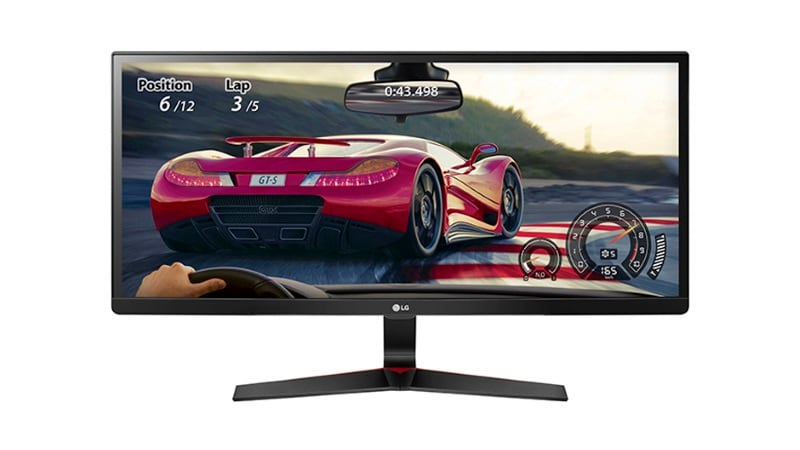 The PC is the most prevalent gaming platform and titles such as Counter-Strike: Global Offensive and Dota 2 are exceedingly popular. Considering that competitive gaming is a large part of gaming, it means that gamers need better gear to play their best/ It's not just about getting the right video card or mouse, in fact, getting the right gaming monitor is just as important, if not more so.

But not all gaming monitors are made equal, in fact there's a host of features on displays such as the LG34UC79 and LG 29UM69 UltraWide screen gaming monitors that make them better choices than others. Here's what you need to know before buying a gaming monitor.

1) 1ms Response Time
Response time is a measure of how quick a pixel can display a change from one shade of grey to another or from black to white. It's crucial in fast e-sports-focussed titles as the lower the response time allows you to react faster and perform better. At the moment, one millisecond is the lowest response time. However, not all monitors have one millisecond response time; the LG34UC79 and LG 29UM69 do (as do the rest of LG's UltraWide gaming line-up), making them worth considering for any prospective e-sport champion.

2) Motion Blur Reduction
Motion blur results in objects losing their detail in movement and could mean the difference between killing and being killed on the virtual battlefield. Motion Blur Reduction, as the name suggests, limits the effects of motion blur, allowing for a split second response to changes in-game. It's a standard feature on the LG34UC79 and LG 29UM69 and the rest of LG's UltraWide gaming monitor range that ensures you're never at a disadvantage in a game.

3) Refresh Rate
Refresh rate refers to the number of frames a monitor can show per second. The higher the refresh rate, the smoother the image, allowing you a precise view of the proceedings. Most gaming monitors have a refresh rate of 60Hz. LG's 34UC79 UltraWide gaming monitor supports 144Hz (over-clockable to 165Hz) for an optimised, fluid experience.

4) Dynamic Action Sync (DAS) mode
This handy feature minimises input lag - the time taken for your actions to show up on screen. What this means is, be it powerful spells or well-timed headshots, your actions happen as and when you intend them to be. Both the LG34UC79 and LG 29UM69 support this feature along with all of LG's other UltraWide monitors, giving you a greater degree of control.

5) Black Stabiliser
A lot of games have extremely dark environments making it tough to find enemies waiting to attack you in the dark. The Black Stabiliser feature automatically sense the darkest portions of the game and makes them brighter, allowing you a clear view of things to come. LG34UC79 and LG 29UM69 have this, as do the rest of LG's UltraWide monitor range, making it easier for you to get to the top of the leaderboard.