Yakuza Kiwami is a PS4 remake of the very first Yakuza game, which initially released on the PS2 in 2005. While Sega's debut title in this long-running franchise has seen releases on the PS3 and the Wii U in Japan, Yakuza Kiwami marks the first time that fans and newcomers in US, Europe, and India can play it without a PS2.

Considering that series prequel Yakuza 0 garnered a perfect score, is Yakuza Kiwami a worthy follow up? We find out.

Much like Yakuza 0, Yakuza Kiwami takes place in Kamurocho - a fictional district of Tokyo, set in the year 2005. And since it follows the design of the original instead of Yakuza 0, you won’t be alternating between protagonists or locales. Rather, Yakuza Kiwami is a straightforward retelling of series hero Kazuma Kiryu’s adventure after a decade long jail sentence. It involves a missing sum of 10 billion yen, a girl looking for her mother, and numerous disposable henchmen and bosses that stand in the way.

Compared to the original PS2 release, Yakuza Kiwami’s story is a lot more detailed and it explains some threads that weren’t too clear the first time around. It also ties in cohesively with the events of Yakuza 0, making for a series arc that’s comprehensive and easier to understand. It might lack the flair of Yakuza 0, which juggled between cities, villains, and heroes, but thanks to a plot that’s held up well over the years, you’ll find yourself playing this game till the very end.

Yakuza Kiwami looks just as good as Yakuza 0 if not better. The entire game has been rebuilt from ground up using the same engine. Unlike other recent re-releases such as Final Fantasy XII, which reused original assets to somewhat jarring effect, nothing feels out of place in Yakuza Kiwami. Be it narrow bylanes, neon signboards, or the faces of your adversaries as they’re pummelled into submission, every nook and cranny of Kamurocho is a visual treat. 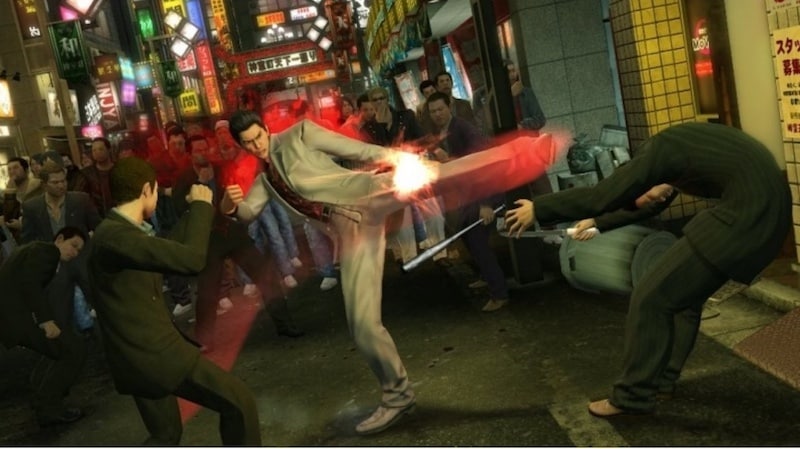 Speaking of pummelling, the combat is as good as it was in Yakuza 0. You can switch between Brawler, Beast, Rush, and Dragon Modes of fighting in an instant. Fight well enough, and you’ll gain Heat. A full bar of Heat will let you pull off devastating moves such as bashing an opponents head to a wall and flinging him on his allies - it's primal street fighting at its finest.

You’ll notice after the initial tutorials that combat isn’t as fast or responsive as it was in Yakuza 0. This is intentional, and it ties into the game’s timeline, because Kiryu is back on the streets after a spell in jail. It is an interesting twist to justify your having to spend time levelling up your skills and abilities for each fighting style.

One of them, Dragon Mode, sees you repeatedly fighting Goro Majima, one of Yakuza 0’s protagonists. Believing that the years in jail have made Kiryu rusty, Majima is the Japanese gangster equivalent of an obsessive gym coach, showing up at every possible moment to push you harder. Some of these encounters are hilarious throwbacks to Yakuza 0, with Majima dressed as a bartender serving drinks before challenging you to a duel, or faking a zombie apocalypse in order for you to battle him. There are also moments which show that Sega isn’t beneath making fun of some of its own games, like the poorly-received Yakuza Dead Souls. The game refers to this feature as Majima Everywhere. It’s new to Yakuza Kiwami and does a fair bit to liven up the proceedings.

Our only grouse with the combat is reserved for boss battles. You’ll be taking on all sorts of nasty baddies, ranging from Yakuza lieutenants dual-wielding pistols, to sword and spear toting mafia leaders. They each have massive amount of health that regenerates when it's close to empty. The only way to stop this effectively is to switch your fighting style to match the colour of the aura coming from the boss, and have a full bar of Heat that has to be used in time. 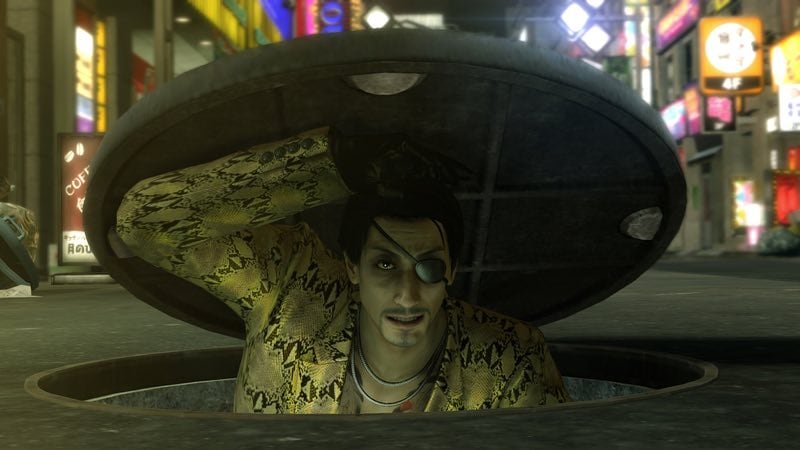 On paper it sounds like an interesting mechanic to add depth to these big punch ups. In reality though, it just feels like padding that needs you to stock up on items to raise your Heat gauge, and little else.

This annoying addition aside, previous distractions such as arcades, racing miniature cars, and mahjong among others, all make a return - as do side-quests aplenty. From showing a retired Judo fighter the sights and sounds of Kamurocho, to shaking down pickpockets, there’s a lot to keep you occupied during and after the game’s main story.

If you ignore Yakuza Kiwami’s optional content you could finish it in around 20 hours. But if you’re a completionist that wants to see everything it has to offer, you’re looking at around 50 hours of game time. Not too bad for an asking price of Rs. 2,750, especially when you consider that most console games retail for Rs. 3,499.

However it's still a shade more expensive than Yakuza 0, which made it here for Rs. 2,499 on disc (digitally the game cost a ridiculous Rs. 4,995). What makes the situation all the more perplexing is that Yakuza Kiwami costs $30 internationally (around Rs. 1,900) and Yakuza 0 was priced at $60 (around Rs. 3,800) - but India gets Yakuza Kiwami at premium versus Yakuza 0, even if the difference is Rs. 250.

Nonetheless, Yakuza Kiwami manages to be a great value for money purchase. A solid narrative, fantastic combat, and a plethora of activities to partake in make it an easy recommendation for long-time fans and newbies alike.

Gadgets 360 played a review copy of Yakuza Kiwami on the PS4 Pro. The game is available for the PS4 and PS4 Pro from August 29 for Rs. 2,750 in India and $30 internationally.