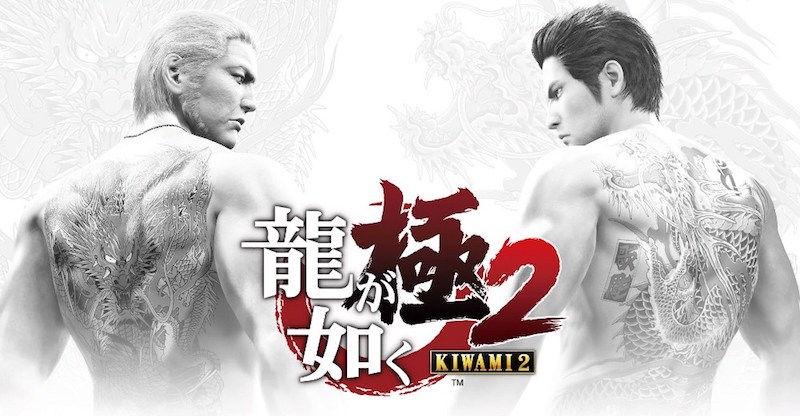 Yakuza Kiwami 2 for the PS4 is the fourth Yakuza title in less than two years. With Yakuza 0, Yakuza Kiwami, and Yakuza 6: The Song of Life already on Sony's console, it might seem that there are too many games from Sega's gangster simulator series in such a short time leading to a sense of franchise fatigue. However this notion couldn't be further from the truth.

As a follow up to Yakuza Kiwami, Yakuza Kiwami 2 has you in the role of series protagonist Kazuma Kiryu dealing with the fallout of his actions in the previous game that have left his organisation, the Tojo Clan, in tatters. After a brief, optional recap of the last game's plot, you're throw into a series of events that sees the Tojo Clan's leader murdered, forcing you to broker a peace deal with the Omi Alliance, a powerful yakuza association, to prevent an all-out war between the factions.

Along the way you'll meet a host of interesting characters like Omi Alliance boss Ryuji Goda who is obsessed with defeating Kiryu and will stop at nothing to emerge victorious in his war against the Tojo Clan. Complicating matters is interference from the police with Kaoru Sayama - an Osaka detective also known as the Yakuza Huntress - charged with bringing Kiryu into protective custody to prevent any civilian casualties that may arise from the conflict. These new additions aside, several characters from past games return, including favourite and perennial Kiryu frenemy Goro Majima and former police officer Makoto Date.

In our Yakuza Kiwami 2 preview based on the game's early sections, we stated that its plot is promising. Having finished it, we can safely say that there's more than enough to keep you invested to see it through to the end credits. The varied, colourful cast of Yakuza Kiwami 2 is filled with an assortment of cops and criminals each with their own personal and often conflicting agendas, all combing to drive Yakuza Kiwami 2's story forward. It might lack the complex machinations of Yakuza 0 or the grandiose scale of Yakuza 6, but its narrative unfolds at a breakneck speed with little in the way of slowing you down.

Being a remake of Yakuza 2 for the PS2, developer Sega hasn't just repackaged the plot of a 12 year old game. Certain sections have been reworked with added context so that the game fits cohesively in the series timeline with throwbacks to the Yakuza 0 prequel. Also, Goro Majima gets his own optional adventure in to fill in the blanks of his story arc from the conclusion of Yakuza Kiwami upto Kiwami 2. Though it lacks what you'd expect from a Yakuza campaign with no unlockable combat skills and is just a fraction of the length of the main game.

The changes that Yakuza Kiwami 2 brings aren't restricted to the story either. The game has been built from ground up on the Dragon Engine, the same tech that’s used in Yakuza 6. This results in realistic character models that animate fluidly and visually stunning locales, particularly during night scenes, with the streets of Kamurocho and Sotenbori coming to life with neon hues and slick water effects.

Furthermore, there are no loading screens when entering or leaving buildings or between battles. There's an obvious improvement over the technical chops of past entries thanks to sharper image quality and less shimmering. Going back to the series' older entries — no matter how recent — feels like a step back.

There’s more. While combat in Yakuza Kiwami 2 is inspired by Yakuza 6, there's a bigger focus on weapons and armour. Sure, bare knuckle brawling purists can resort to fists alone to get through Yakuza Kiwami 2's many fights, but you'll notice that using hammers and swords and equipping bulletproof vests makes boss flights a whole lot more easier as compared to past entries.

While squaring off against regular foes, hand-to-hand combat will suffice. A flurry of punches will let you gain Heat and enough of it will allow you to pull off brutal moves with the tap of a button such as slamming your opponent to the ground head first. With the ability to learn new moves and upgrade your attributes like health and attack power, Yakuza Kiwami 2's combat has enough depth to keep things entertaining till the very end.

Barring our gripes with the optional Majima campaign, Yakuza Kiwami 2 is yet another enjoyable entry in Sega's long-running series. The intriguing cast, great story, and enjoyable combat make it worth playing even though it's the fourth game we've experienced in less than two years. Franchise fatigue be damned.