Yakuza 0: Sega’s Gangster Paradise Could Be the First Must Have Game of 2017 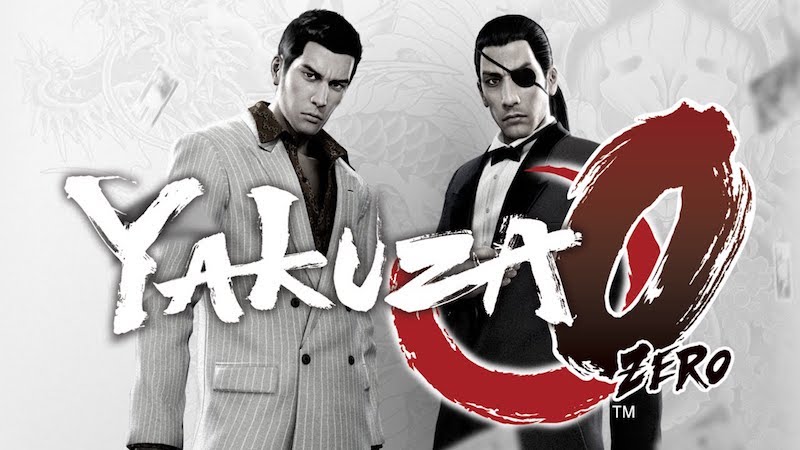 Don’t let the title fool you, Yakuza 0 is a part of a series that has been around since 2005. It's a prequel to Yakuza — the open-world action-adventure game that started it all on the PS2. As the name suggests, it has you in the role of well, a yakuza — a member of an organised crime syndicate in Japan. Taking place in the late 1980s in Japan, you’ll alternate between protagonists Kazuma Kiryu and Goro Majima, across the locales of Kamurocho and Sotenbori — two fictional districts in Tokyo and Osaka respectively. This is our impressions of Yakuza 0 with our review to follow soon.

Although the action takes place across different areas, it’s incomparable to Grand Theft Auto V or one of Ubisoft’s many attempts at open-world glory in terms of scale. Yakuza 0, for example, doesn’t sport a sprawling map worthy of being a marketing bullet at the back of the box. Kamurocho and Sotenbori are a series of lanes with tightly packed buildings and many a narrow alleyway. Both of them are entertainment districts, so there are a ton of bars, restaurants, convenience stores, and nightclubs with oodles of neon to liven up the proceedings. Despite the similarities, they’re also distinct enough for you not to mistake one for the other.

No Nintendo Switch, PC Releases for Persona 5 and Yakuza 0

What Yakuza 0 lacks in size, it makes up in density. You’ll end up visiting the same streets over and over again, but the host of side-stories to encounter, mini-games to indulge in, and an enthralling plot ensure the action never gets stale. A walk down the street could result in discovering an underground cat-fighting ring, influencing Japan’s tax policies, standing in for the producer of a TV show on food, or simply beating up goons who threaten ordinary citizens for their money in hand-to-hand combat.

Speaking of combat, Yakuza 0 has it in spades. Both Kiryu and Majima have their own unique style of fighting, which differ in terms of the range and mobility, allowing you handle a variety of scenarios. In some cases they also allow you to do a lot more. Want to throw a motorcycle on a bunch of thugs? Simply switch to Kiryu’s Beast mode that allows him to pick up nearly anything in the environment. Prefer clearing out a room of gangsters with a few hits? Majima’s Slugger mode lets you do just that with a baseball bat.

The combat in Yakuza 0 is extremely entertaining. You can button mash your way to victory, or if you like, master its many intricacies that allow you to earn more cash after each battle. Land enough blows and you'll gain Heat. A full bar of it will let you pull off devastating moves such as bashing an opponents head to a wall and flinging him on his allies - it's primal street fighting at its finest.

Stellar brawling aside, there’s a great emphasis on spending what you earn in-game. So much so that the game’s early chapters nudge you to do so ever so often.

Unlike previous games in the series that had you worrying about experience points to unlock new skills, Yakuza 0 leaves you with one less thing to worry about by letting you use your dubiously gotten yen to punch harder, stay alive longer, or learn new moves. Throw in side-businesses such as rent collection or managing a cabaret and you’ll find that you’re never short of money.

There are also plenty of side games in Yakuza 0. From making a fool of yourself in karaoke, to dancing at a disco, to playing arcade games from Sega’s heydays - such as OutRun - there’s a wealth of ways to distract yourself.

And what of the plot you wonder? It’s a well-paced tale laced with twists and turns. Without spoiling much, Yakuza 0 tackles themes such as redevelopment, extortion, honour, and loyalty deftly all while introducing memorable characters that escape the traditional definitions of good and evil. So far, our grouses are minimal. The game world looks great, but there are visible instances of screen tearing which distorts its many visually stunning environments. Oh and if you were expecting English voice overs, you won’t be getting them. All of the voices are in Japanese and there’s a wealth of text to read — all of it in English, thankfully.

With a surprising amount of detail crammed in, Sega's emphasis on building a cohesive world married with slick story-telling results in a unique, yet accessible experience. Thus far it appears to be a consistently gratifying affair. It will be interesting to see if this changes, if at all. Suffice to say, this could be the first must have game of 2017.

We’ve been playing final retail code of Yakuza 0, which is exclusive to the PS4 outside of Japan. As you can see, we’re suitably impressed. The game is out on January 24 for the PS4 and will cost Rs. 2,499 ($60 in the US). Stay tuned for our full review closer to release.