Xbox One Launched in India - Should a Non-Hardcore Gamer Buy One? 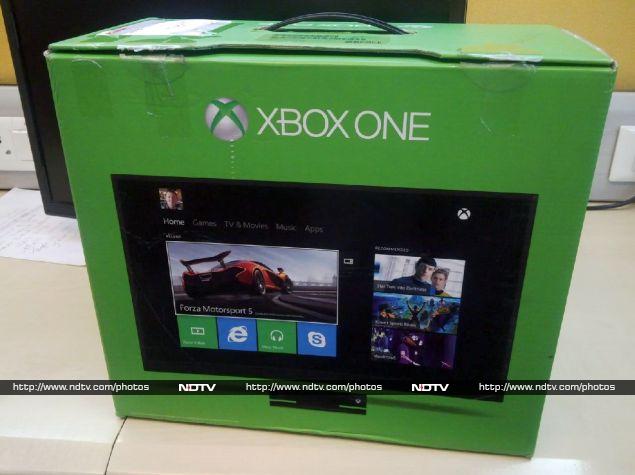 Microsoft's Xbox One game console released in India midnight Tuesday after being available for pre-order via Amazon for over a month. In India the console will be sold exclusively via the e-commerce platform.

It's been eight years since the Xbox 360 was launched in India, and the market has changed in a lot of ways. For one thing, the "gamer" audience in the country has grown significantly since then. The number of people willing to spend Rs. 50,000 or more for smartphones also proves that there are plenty of people ready to pay for high-end electronics. And thanks to smartphones and tablets, most people are playing video games of some kind these days.

The Xbox One is pretty similar to the PlayStation 4 and both are closer to PCs than the previous generation of consoles was in terms of hardware. The PlayStation 4 reputedly has a slight edge in performance but the difference isn't as huge as dedicated fans would have you believe.

The Xbox One uses an AMD APU that has an 8-core Jaguar processor clocked at 1.75GHz. It has a Radeon 7000-series GPU, 8GB of RAM and 500GB of storage. On paper that puts the Xbox One at par with a moderately powerful gaming computer, and several steps ahead of its predecessor, the Xbox 360. Real world performance doesn't always line up with paper so neatly of course.

What's safe to say is that after eight years the difference in power between the Xbox One and the Xbox 360 is staggering. If you've only been gaming on consoles then the jump is jaw dropping. 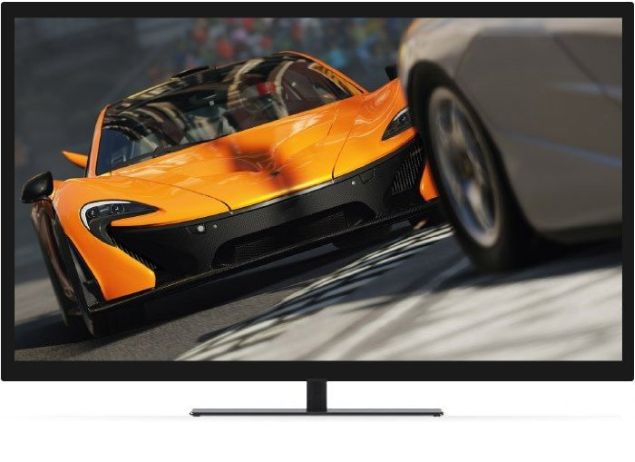 And it's worth noting that we're still at the very start of the current console generation and the maximum potential of the hardware has almost certainly not been reached yet, in terms of games that push the envelope.

If you're a hardcore gamer then you already know all this and more - the Xbox one was announced more than a year ago and has been selling internationally for nearly a year. The various specifications and games available for the console are well known today and the pros and cons for gamers have been weighed to death. We're going to try and address the questions the rest of the audience.

What can I use this for?
The Xbox One is a gaming console but it's also a media centre that wants to be at the heart of all your digital entertainment. The Internet-connected Xbox One can turn any screen into a smart-TV, letting you browse the Web, check your social networks, use Skype to video chat with friends, and stream music and movies on the Internet.

The Xbox One also includes an HDMI-in port that your television set-top box can connect to. TV becomes just another app on the Xbox and it can be accessed without having to fish out your television remote to switch the video source.

Because the Xbox One released internationally several months ago the lineup of games that you can buy is already big, but most games are quite expensive. Destiny, Forza and Dead Rising 3 all cross the Rs. 4,000 mark. GTA V and Far Cry 4 for the Xbox One are cheaper, available online at Rs. 3,499. We also spotted a few games like WWE 2K15 and Just Dance 2015 at Rs. 2,999.

When you buy the console, you have the option of buying it with the Kinect sensor (at Rs. 45,990) or without (at Rs. 39,990). The Kinect bundle also gets you Dance Central and FIFA 15, while the cheaper option only gets you FIFA 15. Interestingly, according to Anshu Mor, Director - Interactive Entertainment Business, Microsoft India, the more expensive version has been more popular among the people pre-ordering the console on Amazon. 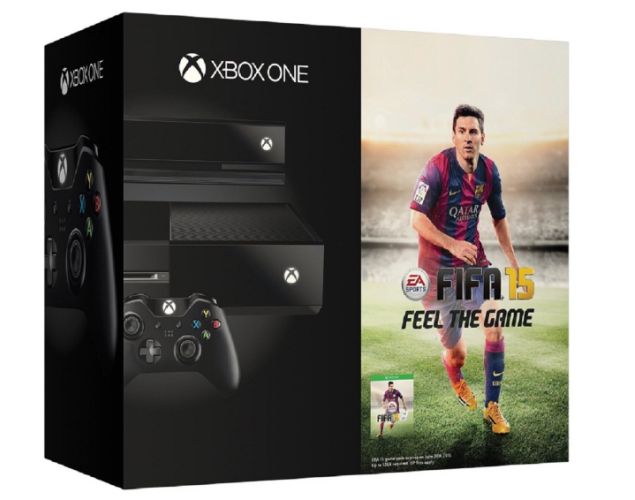 The high price of the console means that buying one does not make sense if you are not interested in video games, but with the raft of extra features, the Xbox One (or the PlayStation 4) is not a bad choice for someone who wants to play games occasionally but doesn't identify as a "gamer". Its second screen experience, SmartGlass, will add features such as letting you watch TV shows on your smartphone or tablet over the home network, and the Xbox One is also supposed to get support for MKV video over DLNA via a software update.

The Xbox One also has apps for Indian content providers Gaana, Bigflix, and Hungama, to stream movies and music while online, and more apps could be added over time.

Design
The Xbox 360 had round corners and a bright colour scheme that made it stand out and look a little like a toy. The Xbox One eschews this completely. It has a subdued dark design that makes it look like a boxy DVD player. The front of the device is smooth expect for the Blu-Ray slot, and there is one USB port along the side. Everything else you need is at the back of the box.

There you have one HDMI in (for your set top box), one HDMI out (to connect the Xbox One to the TV), a port for the power cable, optical out for audio, two more USB ports, and ports for the Kinect and Ethernet. Except for the USB ports, there's nothing that should make you need to reach behind the console after setting it up for the first time.

If you opt to buy the model that comes with a Kinect, then you also need to find a place to keep the camera. It's slim enough that you should be able to place it under you television without any problems. The camera is a blocky looking piece of hardware that looks a little out of place with the huge lens staring back at you at all times. 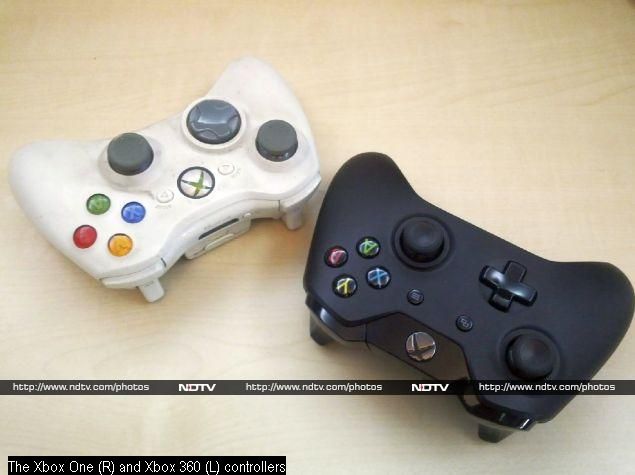 In the box we got a headset, an HDMI cable, and one game controller. You can buy a second controller at Rs. 3,999 online. The controller has been tweaked and looks a lot sleeker than the 360 version. It feels almost exactly the same as the 360 controller although the balance might be a little better. The design of the triggers and bumpers has been streamlined and new rumble strips under the triggers make it feel amazing to use.

We spent a fair amount of time using the Kinect to Skype with people. You don't even need to use the controller, and the Kinect camera has a very easy to use interface. Browsing the Web and watching movies was handled easily enough with just Kinect, although you can use the controller as well. 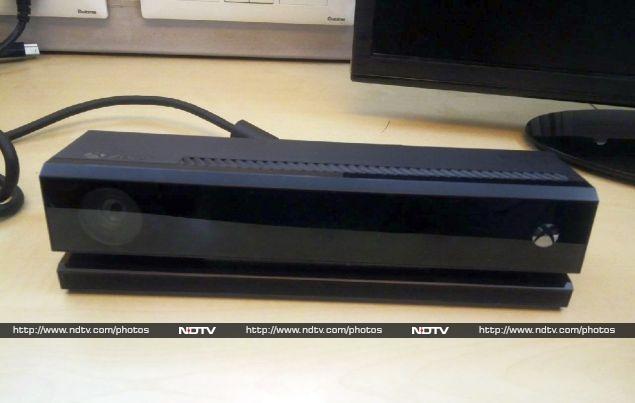 We played a fair bit of Forza 5, Ryse, and Dead Rising 3, and the overall feeling was that the games look nice, but that's really all that has changed. Set aside the visual changes, and you could be playing a game on the Xbox 360 instead. Level layouts remain constrained, and with some games, despite long installations, you'll still have to sit through loading screens. Don't expect much innovation in gameplay either. Ryse in particular looks amazing, but it also included some of the most hackneyed and repetitive gameplay we've seen.

Dead Rising is another ridiculous, enjoyable game, and it looks good. The screen can turn into a sea of zombies, which shows how powerful your new console is, but the game isn't particularly challenging or innovative. Forza on the other hand is happy to be the best looking racing game that is otherwise exactly like the previous best looking racing game.

In an effort to be cool, Ryse forgets to be fun and that's a skill that games of the previous generation already mastered thank you very much.

All three games show that the new console generation is going to keep giving us more of the same. That makes sense when you consider the ridiculous cost and risk associated with making video games, but you can also buy a lot of indie games that are fun and imaginative, if that is what you prefer. In its own way, the Xbox One really does cater to everyone.

Verdict
With a minimum price of Rs. 40,000, and keeping in mind the high cost for new games, the Xbox One is not for everyone. The same is true for the PlayStation 4. If you had skipped the PlayStation 3 and Xbox 360, why not get one of those instead? There's a huge library of amazing games to play, and both can double up as media centres as well. 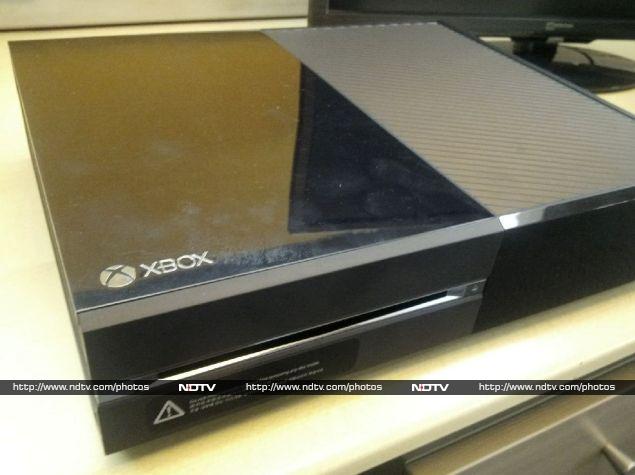 If you are definitely getting one of the new consoles, then which one should it be? If there's a particular exclusive (maybe it's Halo, maybe it's Uncharted) that you absolutely must have, then the decision is simple. Otherwise, the hardware you already own should help guide your decision.

For example, if you have a PlayStation 3 or PlayStation Vita, then you can get a single PlayStation Plus account, which is needed for online multiplayer games, and gives you free games and discounts across all three devices.The same goes for Microsoft's Xbox Live Gold service.

We hope that this piece helped you decide about the Xbox One. Are you buying a console this generation, or do you think that it's time to switch to PC games? Let us know via the comments.