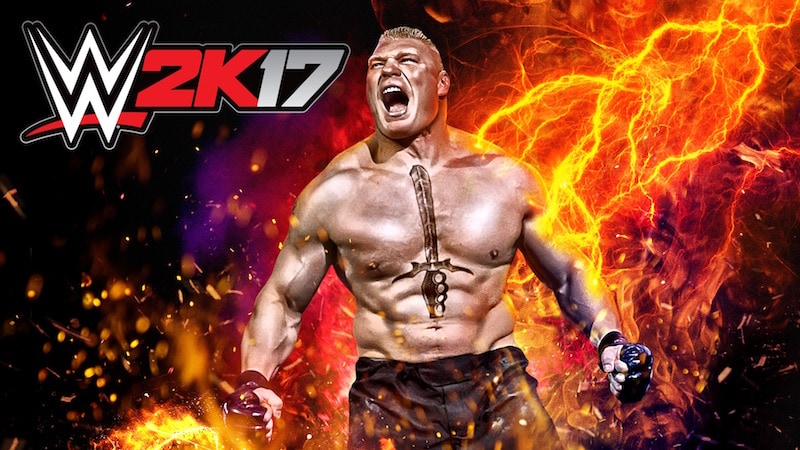 For a newbie, 2K's latest wrestling game, WWE 2K17 is pretty simple to get into. The controls are easy to grasp, and the menus, while rudimentary, do a good job of letting you navigate through its many features.

In our time with a pre-release build of the game on the PS4 - which we were told is not the final version - was surprisingly solid. We were guided through a host of additions, such as a detailed creation suite known as WWE Universe, which lets gamers partake in ‘what if’ and fantasy scenarios that could happen in WWE shows; and an expanded single-player mode that involves influencing public opinion, selling merchandise, and all sort of incidental details that come with being a wrestling superstar.

However, the big draw, and the newest feature of WWE 2K17 is the Backstage Brawl. Much like its TV counterpart, taking a chair to your opponents face isn’t restricted to the ring. Instead, you can take part in encounters that aren’t bound by the squared circle. What this means is the traditional rules of the game don’t apply.

You won’t need to pin a foe to win, rather the condition for victory is simply knocking them out cold. It’s limited to a single area and regardless of an arena you choose - be it Wrestlemania or Raw - it looks the same, which tends to break immersion, as it’s the same corridor, with the same rooms through and through. The only change is that it will be populated with different characters as you play through career mode.

While it's a welcome change from the usual bouts, it lacks the vicious, no-holds barred spectacle that punctuated the TV show in its hey day. It feels a tad sanitised, ostensibly to be in sync with the show’s PG-13 rating. Backstage Brawl was present in games on previous generation consoles, it’s finally made a come back after a torrent of user feedback.

Speaking of fans, 2K claims a lot of them have requested a larger simulation focus to the gameplay. It makes its presence felt the most when you’re recovering from a blistering attack or winding up to launch into a signature move. There’s a perceptible slowness that’s not too dissimilar to last year’s game impacting the 135 plus roster of wrestlers spanning different eras of the series.

Old-timers might find this to be par for the course as we’ve seen since WWE 2K15, though for newcomers, it just might be the perfect way to master the core mechanic of its moment to moment gameplay - timing. Reversing attacks or launching into a powerful move demands you master the nuances of WWE 2K17’s prompts, which are, depending on the settings you play at, as plentiful or minimal as you’d like.

As for the looks? WWE 2K17 isn’t a massive step up from the last year’s game. Rather, you’d be hard-pressed to tell the difference. Some issues like aliasing that result in jagged edges along the ring and tearing in intro videos are present, as are some low resolution textures - possibly a hang up with the game being on the PS3 and Xbox 360 as well. Keep in mind that this isn’t the final build of the game and it could look a bit better but that depends on how close to completion this version is. A PC version is also said to be in development, but so far there's no release date to speak of. And much like WWE 2K16, don’t expect it on disc.

WWE 2K17 is an iterative version of the game many are familiar with. There’s opportunity for a wealth of user-generated hijinks and its single-player campaign seems to have a sense of unprecedented depth. Although it looks and plays like its predecessors, it may just have enough to keep you piqued when it hits the shelves on October 11.