Startups, social networks, the US presidential elections, racism, corporate and government surveillance - the world of Watch Dogs 2 mimics the front page of the newspaper or your favourite news website. There’s very little amiss that isn’t relevant to gamers or the broader community at large.

Central to these themes is CTOS or Central Operating System that controls San Francisco, where the events of Watch Dogs 2 takes place. From screening citizens for possible crimes to raising health insurance premiums based on the food in your fridge, CTOS runs every aspect of life in the city. In doing so, it wrongly flags hacker and main protagonist Marcus Holloway as a potential threat, denying him employment and opportunities.

And thus begins Watch Dogs 2. Your first mission has you wiping your slate clean from CTOS and teaming up with a group of likeminded hackers called Dedsec to warn the populace of corporate Big Brother. Before you know it you’re indulging in all sorts of subversions. Be it infiltrating government buildings or exposing the New Dawn — the game’s take on Scientology, there’s a lot to do and plenty of ways to do it. 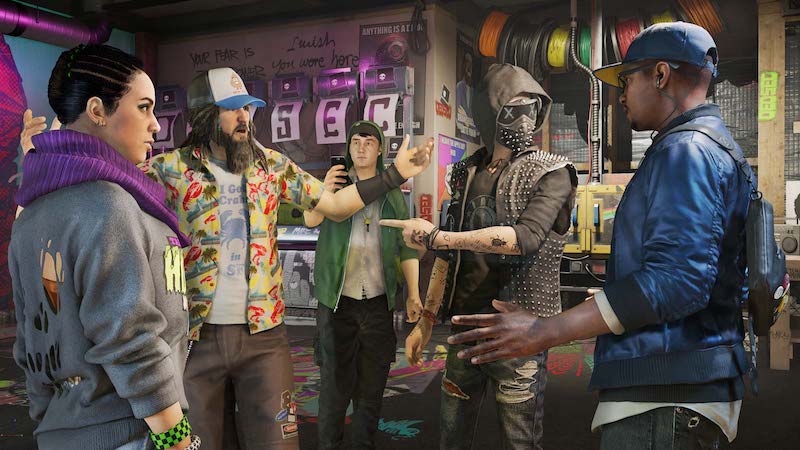 (Also see:  You May Not Be Able To Buy Watch Dogs 2 at Launch in India, Here's Why)

Just like the first game, everything that has a microchip in the Watch Dogs 2 universe, can be hacked. This includes run of the mill targets such as smartphones and laptops to cars and robots. You can intercept text messages, eavesdrop conversations, create car crashes, or simply turn a mechanised assistant against its owners with the tap of a button.

Unlike the first game that let you to hack enemy installations from afar, allowing you to waltz in and complete your objective with barely a bullet fired, Watch Dogs 2 forces you to think differently. The level layouts and enemy behaviour of each mission vary as do the opportunities. This time around, you have drones to help you get to hard to reach locations to access information or survey an area, adding another dimension to the proceedings. Driving too, is a lot better. Cars and bikes are responsive and handle well enough. A big plus given how the original Watch Dogs had them controlling like boats out of water.

But perhaps the biggest change that Watch Dogs 2 brings is traversal. Marcus is a lot more agile than the the first game’s Aiden. Parkour and stealth are viable options as are quick melee takedowns. The extra mobility makes a stealthier approach a whole lot more feasible. 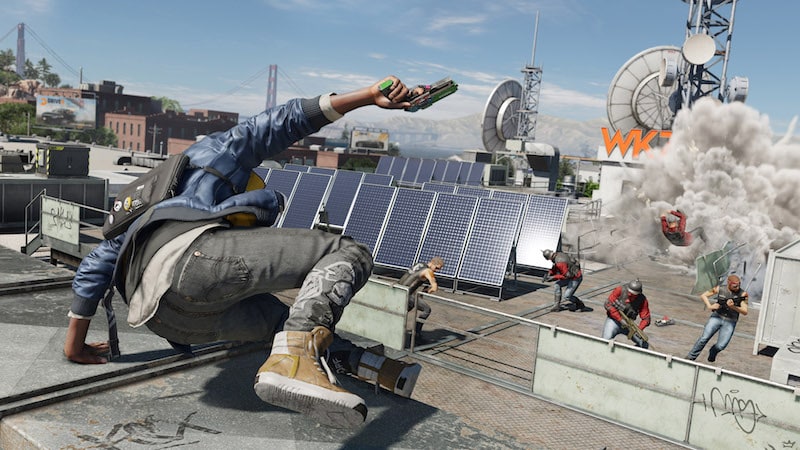 More often than not, you’ll find yourself mixing up tactics thanks to the host of skills at your disposal. You can summon street gangs to take down foes — creating a distraction for you to slink by, you can turn heavy machinery such as forklifts and cranes to do your bidding, or you can simply run and gun your way to the objective.

Certain key segments are punctuated by hacking mini-games. These require you to align a set of nodes in a specific order. Although some of them are on the tougher side, what with a time limit to solve them in, they’re immensely satisfying. These entertaining distractions make Watch Dogs 2 a varied experience.

All along the way you’ll find yourself gaining followers. Despite the connotations of the term thanks to the prevalence of Twitter, it simply refers to the number of people with the Dedsec app installed on their phone. Each time you hit a predetermined follower milestone you obtain Research Points. These grant you new skills including turning off all the power in an area of the city or simply putting out an APB on civilians or opponents alike. Obtaining more followers also takes the story forward which, while a step up from Watch Dogs, isn’t all what it could be.

At times, Watch Dogs 2 will have you interacting with characters that are crucial to a scenario or specific plot points, but it does not give you enough background or context to who they are; though Marcus and everyone around him seem to have no trouble recognising them. It’s like walking into a movie halfway - intensely jarring, and takes away from the experience. Thankfully these moments are few and far between. 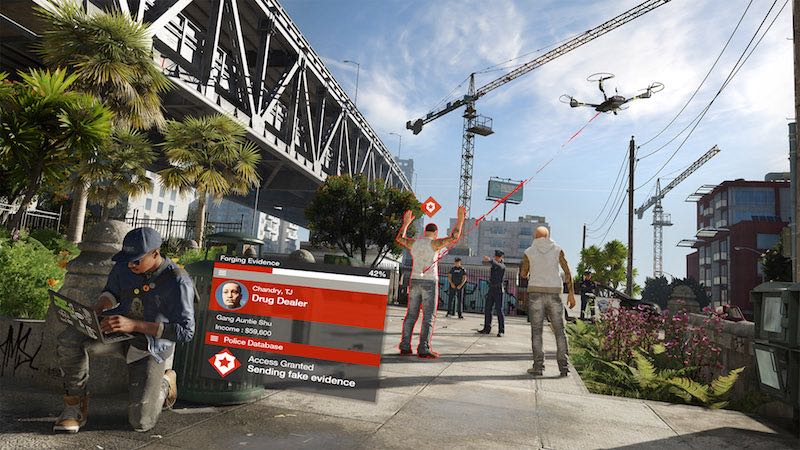 Your allies seem to be the usual set of hacker fantasy stereotypes — from gifted, yet socially-awkward programmers to paranoid mask-wearing engineers, they are an eclectic mix with their own arcs and quests. They balance out the game’s villain, Dusan Nemic, the CTO of Blume, the company responsible for CTOS. He’s a calm, manipulative, manbun-sporting puppet master who wouldn’t be out of place at a hackathon or a board room and quite possibly one of the more intriguing antagonists in a while. An improvement over the original's Damien Brenks, which was cookie-cutter in this regard.

In terms of technical performance, Watch Dogs 2 is competent. The wide, sprawling environs of San Francisco look great in motion, though you’re subject to the occasional texture pop-in. It isn’t as bad as Mafia 3, but it’s noticeable enough. On the PS4 and PS4 Pro, the frame rate seemed consistent across the board, though it appears that Watch Dogs 2 doesn’t take advantage of the PS4 Pro’s excess horse power just yet. Hopefully a patch from Ubisoft rectifies this soon.

With a wealth of gameplay options and a welcome degree of freedom, Watch Dogs 2 is a stellar entry in Ubisoft’s open-world hacking franchise. Minor technical and narrative concerns aside, there’s no reason for you not to check out one of the better games of this year.

product Watch Dogs 2 is an improvement over its predecessor, but is it worth your time? We review. 4.5 out of 5 stars