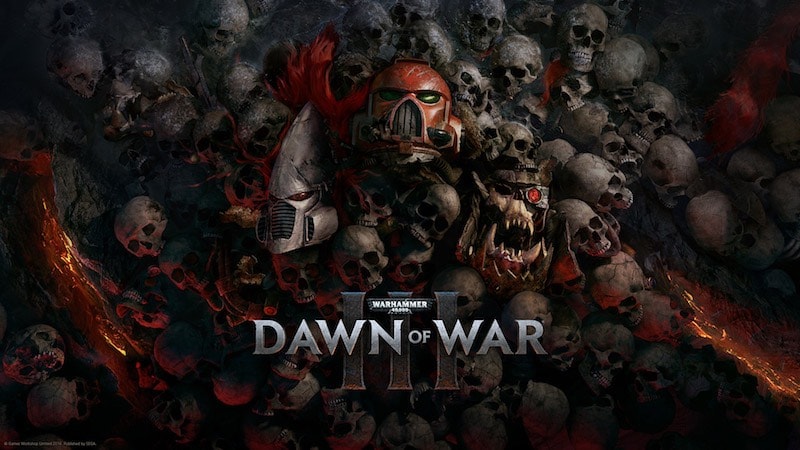 The real-time strategy (RTS) genre has had an extended period of hibernation. We saw Halo Wars 2 hit Windows 10 and the Xbox One, but little else has grabbed our attention in recent times other than the Starcraft 2 trilogy. That makes Warhammer 40,000: Dawn of War III a welcome addition to an otherwise near comatose genre.

As the name suggests, Warhammer 40,000: Dawn of War III is the third instalment in the long-running franchise — not counting its five expansions — but don’t let that deter you if you can’t tell an Ork from an Eldar. A snappy tutorial does a great job of explaining the basic details of gameplay, while the campaign explains the series’ lore well.

Like Total War: Warhammer, the latest game is set in the Warhammer universe, but it forsakes the fantasy setting of the former. Instead, the events take place in a far distant future where human soldiers are known as Space Marines, have several hearts, stand seven-feet tall, pilot giant robots with chainsaws, and battle against hordes of monstrous green Orks (think the kind in The Lord of the Rings but with access to laser guns) and Eldars, an elf-like race that once ruled the galaxy, but now teeters on the brink. All three factions are vying for an artefact known as the Spear of Khaine, which serves as the MacGuffin to take the plot forward. Without spoiling much, there's enough in the way of plot and unlocks (which we'll get to in a bit) to keep you ploughing forward.

Unlike past entries, this time you’ll get to grips with each faction sooner than you’d think. Warhammer 40,000: Dawn of War III’s single-player campaign gives you the reins of each faction for a mission at a time. This was not the case in previous games, which at best gave you one to choose from and play through before moving to another.

Each faction approaches war differently. The Space Marines don’t have the largest number of forces on the battlefield, but they’re resilient, making a small force insanely tough to kill; and their drop pods allow for reinforcements that can turn the tide in combat.

As for the Orks, they specialise in overrunning foes by sheer numbers. They salvage scrap from enemies to obtain unit upgrades and even new vehicles. Meanwhile, the Eldar’s regenerative shields and stealth make them ideal for hit and run strikes, with portals that buff defence and even teleport entire squads.

The variance between factions, as well as the fact that Warhammer 40,000: Dawn of War III keeps you switching between the three, makes each mission interesting as it forces you to think carefully every time.

But where Warhammer 40,000: Dawn of War III really shines is its almost perfect attention to base building, resource management, and elite units. The first two are par for the course in many a strategy game. Most missions require you to construct a base and structures such as barracks and garages to create all sorts of armaments, as well as capturing resources and power to make more. But this game adds another dimension to these known gameplay elements with powerful heroes, known as elite units.

Progressing through the game grants you access to three elite units per faction per mission or multiplayer match. Some, such as Imperial Knight Solaria, give Space Marines access to a mech spewing gatling gunfire and missiles. Ork chieftain Gorgutz protects surrounding allies by spinning a mechanical claw that deflects enemy projectiles. These can be further enhanced with Doctrines — modifiers that allow your army and your heroes to adopt to your play style such as absorbing fire while using a special ability.

For most part, these souped up combatants are critical to turning the tide of battle. We found ourselves turning to them ever so often to gain the edge when faced with insurmountable odds, and their presence along with Doctrines add an appreciable level of depth to the proceedings.

In Warhammer 40,000: Dawn of War III’s case you’ll be micromanaging every aspect of battle from your base, to unit production, and even your heroes. This results in a title that falls right in the middle of the traditional vein of the first Dawn of War game, and the no base building squad combat-laden Dawn of War II.

What’s surprising is that you won’t feel the tedium of looking into these elements as Warhammer 40,000: Dawn of War III is stellar at bringing to your attention what’s most important at any given time with an assortment of audio-visual cues and varied objectives. There’s never a dull moment through the campaign and it's not just through story moments such as how Orks handle infighting or the political machinations behind the Space Marine hierarchy but through the sheer spectacle of war itself.

In addition to the heavy units of each faction, there are special attacks too. Sure, you can swamp an opponent’s base with a number of infantry and mechanised units along with a couple of giant robots, but what’s cooler is throwing asteroids from space if you’re playing as the Orks, or deploying an orbital laser bombardment as the Space marines, or using a wave of psychic power as the Eldar. Suffice to say, it reminded us of the glory days of the RTS genre when showing off dazzling effects and action was as important as the balance between units.

Where Warhammer 40,000: Dawn of War III falters is in multiplayer. There's only a single mode. The MOBA-inspired approach, which dictates that the sole objective is to destroy the opposition’s power core (all while taking down turrets and shelves along the way) is frantic and enjoyable, but the lack of traditional RTS-styled deathmatch or co-operative modes is a bit of a disappointment. Hopefully it’s something Relic adds in an update down the line.

Nonetheless, clocking in at around 25 hours and with a surprising amount of depth, Warhammer 40,000: Dawn of War III is one of the best RTS games we’ve played in years. If you have even a remote interest in the genre, you shouldn’t pass this up.