Wargroove is a turn-based strategy game from Stardew Valley publisher Chucklefish. It sports a medieval fantasy setting not too dissimilar to Nintendo's series of Fire Emblem titles. Set in the land of Aurania, Wargroove has you in the role of Mercia, the princess of Cherrystone Kingdom. The assassination of her father, King Mercival, sets up the events of the game, with her realm under siege from the undead. It's not the most original of premises but is there more to Wargroove than meets the eye? We played the game on the Nintendo Switch to find out.

While it's easy to think that Wargroove is dark game, its stellar pixel art and liberal use of colour give its tale of conquest a lighter tone. Thanks to unique characters like Caesar, a dog that can lead entire armies, and Ragna, a tantrum-prone Frankenstien-esque commander pieced together from proficient military leaders, Wargroove's skirmishes have a charm of their own due to the dialogues and interactions of its diverse cast.

Wargroove's gameplay has you moving an assortment of military units across a map with the objective of capturing an enemy base or beating its commander. Bouts take place in a turn-based fashion and the units themselves dole out heavy damage based on how they're placed around foes. Attack dogs, for instance, can do more damage if they surround opposing forces while placing spear-wielding soldiers, or pikemen as the game calls them, adjacent to each other, allows them to hit harder. Understanding the nuances and placement of your units is the difference between a mission lasting an hour or 15 minutes, and adds a welcome layer of tactical depth to the proceedings.

In fact, unit placement is crucial because of how Wargroove's save system works. You can save your progress at any juncture in a mission but that file is deleted the moment you load it. This prevents save scumming, which allows you to reload an earlier save to undo any decisions you've made. It's a perplexing decision to rob players of the option to reload past save files from Wargroove's campaign. Although it's somewhat balanced by the ability to modify the game's parameters like the damage your units receive and resources earned to make your army near invincible.

Aside from its single-player mode is a map editor. This gives you the option to create and share your own levels and there's even a cut-scene editor to allow you to make your very own story campaigns. It's a neat addition that adds longevity to the game, though we wish there was an undo button to make creating levels and cut-scenes just a bit easier. 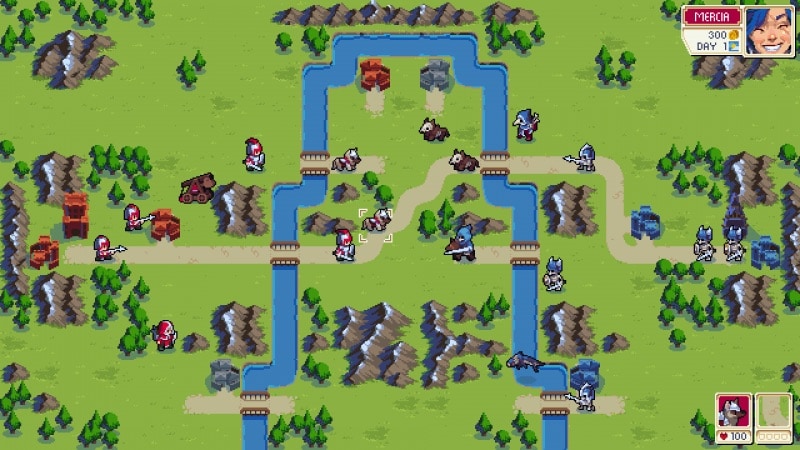 And this isn't all, Wargroove features multiplayer too. In our time with the game it works as it should with no latency or other issues hampering online play, letting you control one of the game's four factions against your friends. What's interesting is the option for asynchronous multiplayer, allowing you make your move at your leisure and take on multiple multiplayer matches at the same time.

With a generous-sized 15 hour campaign, a map editor, and multiplayer, Wargroove's $20 (around Rs. 1,400) price on the Nintendo eShop is an absolute steal. It might lack the quirkiness of Nintendo's own Advance Wars series or the flair of Fire Emblem, but it ends up being one of the more polished strategy games available on the system.