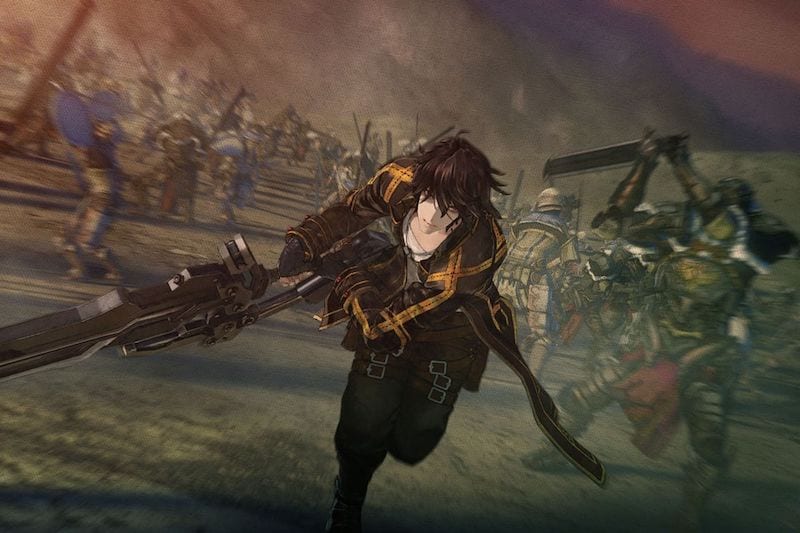 To start with, the game retains the cel shaded aesthetic that made past entries so endearing. However it doesn’t really make use of the extra horsepower of the PS4 or Xbox One. There are an inordinate amount of loading screens that detract from the experience and environments repeat themselves ever so often.

Also guilty of repetition, are the game’s many enemies. From soldiers to bosses, all of Valkyria Revolution’s foes are liberally recycled, which don’t do it any favours. Making things worse, the game uses locations and characters that wouldn’t be out of place in any generic fantasy Japanese role-playing game.

Looks and technical issues aside, the gameplay is vastly different from other Valkyrie games, and not in a good way either. Rather than build on the smart mix of third-person shooting and turn-based combat of Valkyria Chronicles, you’re treated to something similar to the Dynasty Warriors and Dragon Quest Heroes games - a real-time hack and slash experience.

On paper it might sound like a shrewd move to give a greater sense of immediacy to the proceedings. The reality is far from that. While Dynasty Warriors makes a spectacle of each battle, with hundreds of enemies onscreen, with Revolution, you’re not dealing with more than a few handfuls of combatants at a time. These enemies are dispatched with simple button mashing, which makes Valkyria Revolution, frankly, boring.

It gets a lot worse as you progress. Nearly every mission has the same set of objectives. Whether you're following the main story or taking on side-quests, you’ll face an enemy army, capture a base, and on occasion, deal with bosses at the end of it. You can control other characters in your party but there’s no reason to, since the AI manages it well enough. There’s little imagination to it, making it mind numbing to keep playing.

This is further compounded by a bizarre sense of pacing. You never quite experience the gameplay long enough in an uninterrupted fashion thanks to the many cut-scenes and aforementioned loading screens. These interrupt the action to tell you obvious things, like war is bad, and don’t really do much to make its characters likeable.

Speaking of which, the cast of Valkyria Revolution spans 12 characters. From double-agents to teachers and even princesses and engineers, there’s an effort to make them appear diverse in their backstories and personalities, which is in vain thanks to cookie-cutter dialogue and a plot so predictable that you can see the outcome well in advance thanks to excessive foreshadowing.

All in all, Valkyria Revolution is well worth avoiding. Unless you’re a hardcore fan of the franchise’s mythology, there’s little reason to slog through this even if it is one of the cheaper new releases out right now at Rs. 1,900 on the Xbox One, and Rs. 2,750 on the PS4 ($40 in the US).