With 40 million PlayStation 4 consoles sold, you'd think the more business-minded folk at Sony would have scuppered development on Uncharted 4: A Thief's End. Considering how well the console has performed commercially without the presence of a big exclusive game, why even bother making one? After all, isn't that why the Uncharted games are called system sellers? Thankfully, the value of content isn't lost on the company and neither is Uncharted 4. And for that series fans should be grateful.

Like the last four games in the series (including PS Vita's Uncharted: Gold Abyss), Uncharted 4 has you playing as Nathan Drake. After walking away from the dangerous life of being a treasure hunter, Drake finds himself right back in the thick of things trying to save his brother Sam, who was long thought dead. In order to do so, he must uncover the treasure of pirate Henry Avery.

Along the way you'll run and gun past an assortment of expendable soldiers, hunt for clues that will put you on track, and jump across one chasm too many in the search for lucre. While all the gameplay elements we know and love from the earlier games are present and accounted for (with some minor adjustments), they aren't around in the same proportions that we've come to expect. 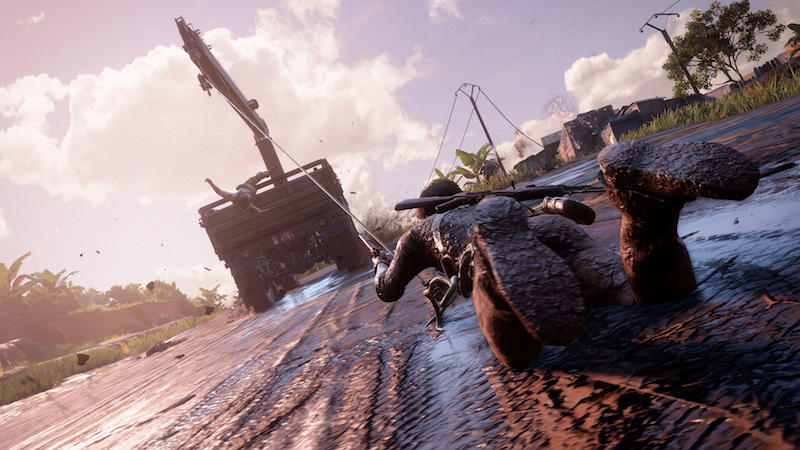 In a series known for high-octane, adrenaline-fuelled action, Uncharted 4's best moments are its quietest. Be it swinging around Scottish highlands or piecing together forgotten parts of history in a clock tower right in the middle of a bazaar, the emphasis on puzzles and exploration over combat is a welcome change. Puzzles are possibly its greatest strength with some polished brainteasers, all of which are enjoyable to solve, making use of Drake's journal in a fashion that doesn't seem unwieldy or out of place. You'll refer to it when you discover additional snippets of story as well, it's an integral part of the experience this time around.

As for traversal, Drake has a new trick up his sleeve with the ability to use a grapple rope. The tap of a button allows you to swing to higher ground or prevent certain demise when sliding down a muddy slope. It's not a unique feature but it manages to keep the usual formula - of scaling ancient ruins and giant masses of rock - fresh.

These elements make up the meat and bones of the Uncharted 4 experience. It's a welcome change considering how combat-heavy the series became with each outing. Gone are the shooting galleries that compelled you to kill everyone in sight to progress. In their place are a number of encounters that are a bit more flexible to your playing style.

Rather that force you to gun down your opposition, stealth is a valid option in certain sections. In some places you'll be able to sneak away from enemies undetected, while others give you the choice of taking your foes down, quietly or otherwise, marking them as you go along. For most part it's a remarkable improvement over the first three games with shooting as well as popping in and out of cover being incredibly responsive. But on a broader level, it lacks the sense of freedom in combat as say, Rise of the Tomb Raider, but there's enough going on to keep you entertained. We just wish there were more opportunities to simply slink away from combat outright. 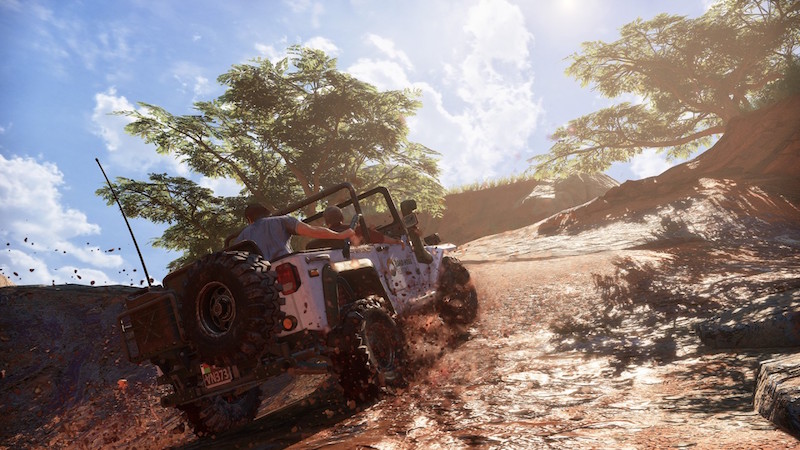 Sadly the way environments are designed towards the end simply don't accommodate for this. While earlier Uncharted games depended on spectacle and showmanship to get by, Uncharted 4 convinces you that its maps are open and allow for choice. Except that it's not really the case. Deviate from the set path and the game will gently slap you on the wrist and put you in the right direction. This impacts movement as well. From the sunlit plains of Madagascar to the dank caverns fraught with traps, there really is only one way route to follow, making Uncharted 4 shallower than it seems, and a tad inconsistent.

The same two adjectives are what we'd use to describe the plot. Some of its characters' motivations are poorly explained and others lack the screen time we'd have liked. Without spoiling much, there's an alluring premise hidden beneath a host of self-indulgent chapters and an ending that runs on too long for its own good. The first couple of hours are spent on needless exposition and its final chapter and epilogue exist solely to underscore, highlight, and re-state developer Naughty Dog's claims that it won't be making another Uncharted game.

Clocking in around 15 hours on normal difficulty, Uncharted 4 looked spectacular through and through. There was only a couple of minor drops in framerate but this aside, it is safe to say that from a technical standpoint Naughty Dog has set a new benchmark in crossing the uncanny valley what with accurate facial animations and fluid movement of its many characters. If games can look this good on the PS4, it makes us question the necessity of the heavily rumoured PS4 NEO. 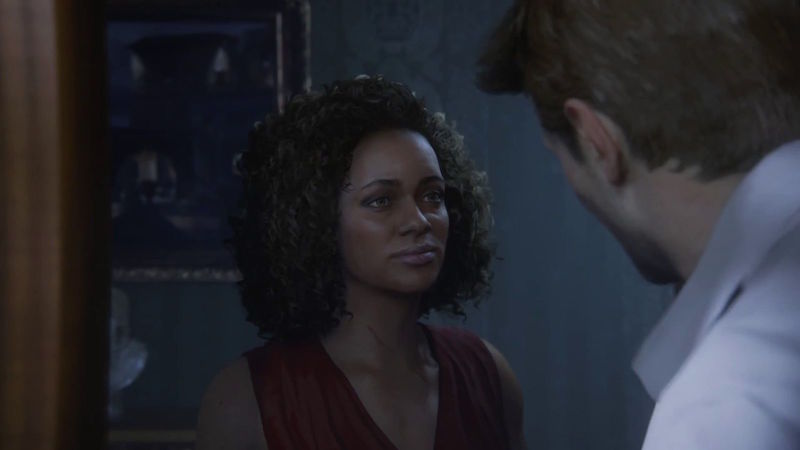 Uncharted 4 is not perfect, and creases in its well-worn formula still crop up from time to time. But with a welcome change in composition of its base feature set, it proves the series can still be relevant despite a few missteps.

We played a review copy of Uncharted 4. The game is exclusive to the PS4 and costs Rs. 3,999. It will be available at stores from May 10.

product Is Uncharted 4 the end this PlayStation exclusive series deserves? Find out in our review. 4.0 out of 5 stars