It's been four years - almost a generation in video game years - since Lara Croft embarked on a "Tomb Raider" expedition. The unenviable task of rebooting the well-known and well-worn series seemed impossible, but with a gritty and focused approach, it's one developer Crystal Dynamics got almost completely right with Croft's latest adventure.

"Tomb Raider" (for PlayStation 3, Xbox 360 and PC, $59.99) finds an inexperienced young Croft shipwrecked and separated from her crew on a mysterious island in Japan's brutal Devil's Triangle. This isn't the savvy, sexy and sassy Croft that hunted down relics in the previous eight games and two films starring Angelina Jolie.

This is a vulnerable Croft, one who's never had to resort to killing another person. Over the course of the lengthy single-player experience, this Croft must survive the elements, amass an arsenal, rescue her friends and battle a cult of castaways. It's the tale of her transformation from thrill-seeker to superheroine. It's "Batman Begins" for Lara Croft.

"Tomb Raider" is mostly a story about survival, so Croft begins with almost nothing, eventually accumulating some firearms, as well as climbing tools like an ax and rope. It's the first weapon Croft finds, a silent but deadly bow and arrow, that's the most satisfying to employ. This "Tomb Raider" does for the bow what "GoldenEye" did for the sniper rifle. 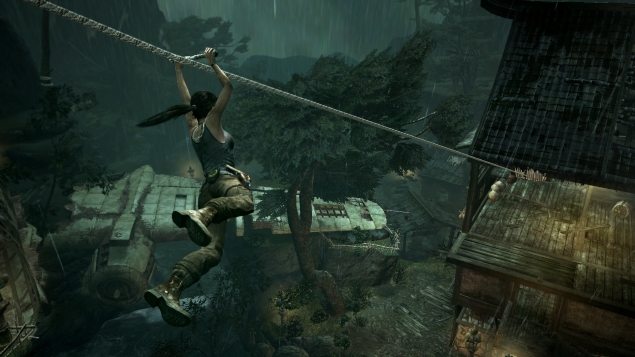 The game's winding trails, claustrophobic caves and perilous cliffside formations created by lead level designer Jason Botta and his team are some of the most imaginative and thrilling platforming elements crafted in recent years. Some tombs that Croft comes across are optional excursions, but they're all so well done, it shouldn't be a choice to skip 'em.

"Tomb Raider" also sounds as good as it feels. Jason Graves' powerfully tense score and Camilla Luddington's performance as Croft hit the right tone, and the conversations Croft overhears between many of the island's all-male goons are so enlightening and humorous, players will want to let the reticle linger a bit longer to eavesdrop on all the chatter.

"Tomb Raider" isn't perfect though. Sometimes it's sloppy. Croft falls - off cliffs, through roofs, into the ocean - more than those dwarfs in "The Hobbit," and that's not even including the moments when the X button isn't mashed quickly enough. Surely there must be more creative ways for Croft to go from Point A to Point B on the mythical Yamatai island. 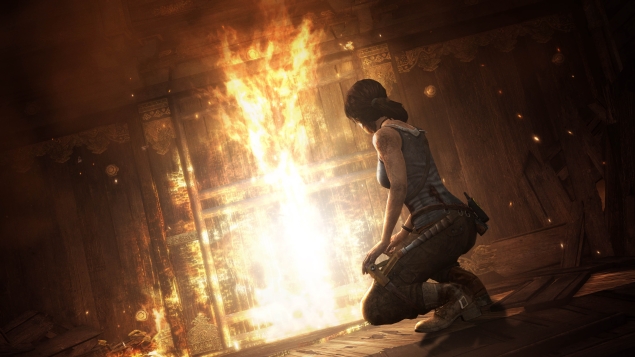 The weakest link is Croft's laughably underdeveloped shipmates. Each is a cliche bespectacled geek, gentle giant, angry black woman, wise old man. It's difficult to sympathize with Croft for putting herself through hell to save them, or understand why the writers couldn't create multidimensional supporting characters like in the "Uncharted" games.

Speaking of that epic treasure-hunting franchise, while the developers have clearly borrowed some of Nathan Drake's moves, they've created more than an "Uncharted" clone. The tone is darker, and the levels are less linear. This is not just "Uncharted" or "Assassin's Creed" with Lara Croft, it's "Tomb Raider" for a new era. Three-and-a-half out of four stars.
Comments