It's a bit poetic that the first face you see in The Turing Test, a new first-person puzzle game from British game developer Bulkhead Interactive, is that of a robot named T.O.M. He is the eyes, and brains, of a manned space mission to Jupiter's moon Europa in the 23rd century, and a constant presence for your time in the game. And not satisfied with the reference to the test for artificial intelligence entities, the game places you into the role of an engineer named Ava Turing.

The initial plot goes like this: Turing is woken from cryosleep because the ground crew on Europa have mysteriously gone missing, and left behind a series of puzzles that need creative solutions, something only a human is capable of. In the latter sense, the game's constrained optimism - that we will have a manned base of operations more than a year away but be unable to craft an AI that pass for human, two hundred years from now - is comical to say the least.

But that's beside the point, as T.O.M. himself will tell you repeatedly during your playtime. "In mathematical terms," something robots completely believe in, he implies, "creativity is just constrained chaos." The machine has been built on a binary principle, with one right way for every situation it comes across. The concept of creativity - which he also terms "divergent thinking" - along with free will and individuality - calling it an illusion, and sounding a bit reminiscent of The Matrix - are relics of the past, according to how T.O.M. sees the world.

This conversation is at the heart of The Turing Test, with Ava and the machine trading thoughts and ideas at the start of new puzzles. All of this is greatly helped by the fantastic quality of voice actors, especially for the AI, which varies from sounding like a friend to being authoritative, downright hostile, and - mini-spoiler alert - slightly fearful towards the end. Thanks to the voice acting via audio logs and a soundtrack that is mostly sombre, the game is also able to make you connect with characters that never make an appearance and build an atmosphere of uneasy tension. The exchanges between the characters were something we looked forward to more than the puzzles themselves. 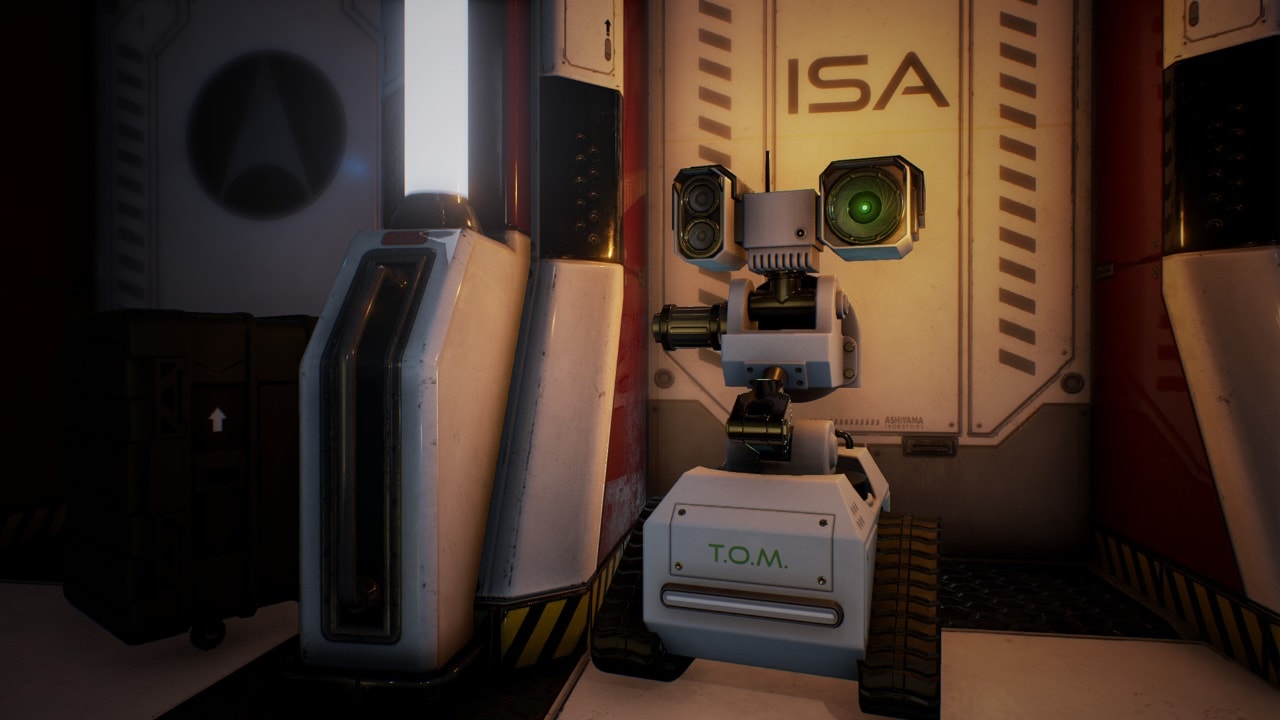 (Also see: The Talos Principle and the Philosophy of Gaming)

Unfortunately, that says something about the puzzles too, in that they can never lift themselves to the creative ambitions hit by its inspirations: games such as Portal 2 and The Talos Principle.

So what are the puzzles in The Turing Test? The 70+ levels, scattered across seven different chapters, revolve around routing power to the exit door by way of different coloured orbs - that can be stored in your tool and shot into sockets - or energy blocks - that have to be carried and lifted into those sockets. As you pass these levels, the game will introduce new elements such as light bridges, huge moveable magnets, conveyor belts and so on.

The problem is that each set of puzzles in The Turing Test follows the same logic; they will have you doing the same thing over and over in each level. And so it can become more of going through the motions, as opposed to going "Aha!" when you crack the final piece in your head. Thankfully, that does change in the last third of the game, by way of introducing mechanics that change your perspective, and interaction with elements that didn't exist before.

Puzzle games work best when they land themselves just right on the difficulty curve. Not so easy that the player gets bored and leaves, and not so tough that they get frustrated and abandon it altogether. The Turing Test feels stuck on the first side of the mountain for too long, only ascending to the peak when its writing permits. It's a pacing issue, plain and simple, one that, if fixed, could have made for a much more engaging entry. 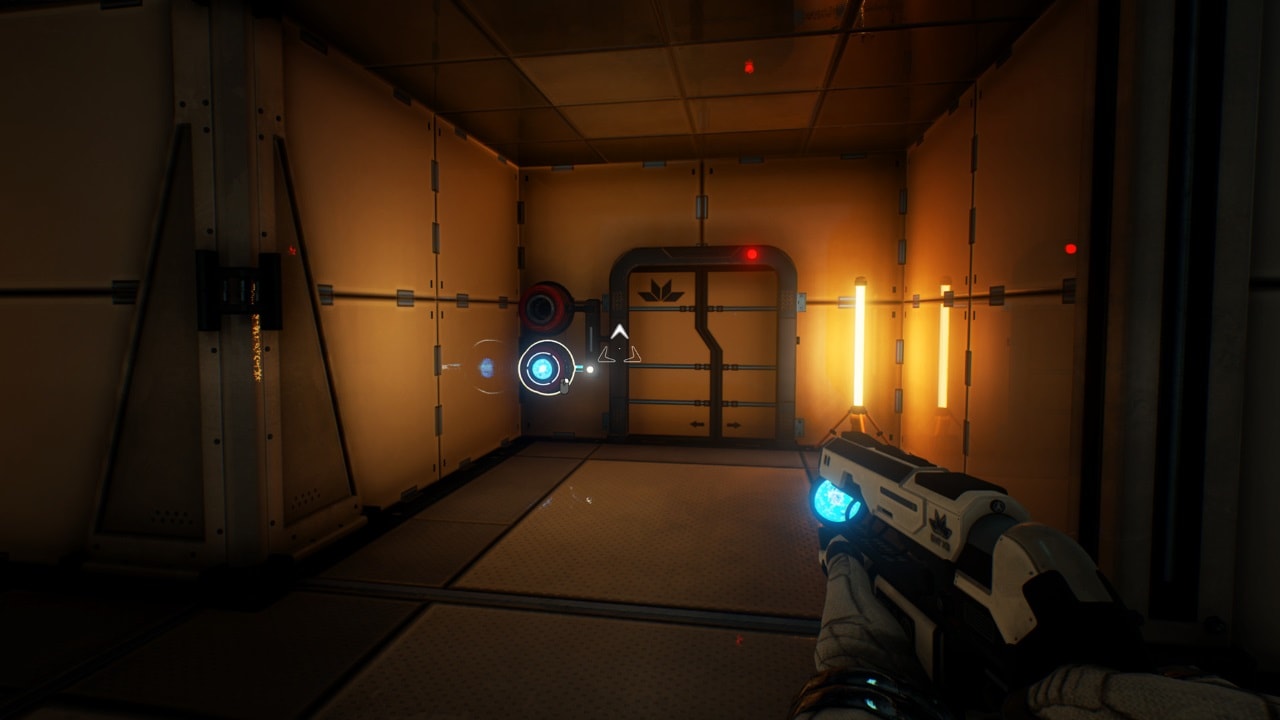 And even as the game is courageous enough to embrace two different endings as the player wishes, the reaction after is muted. While The Turing Test effectively builds up the arguments put forth by T.O.M., it doesn't care to show the consequences of your actions.

Much of what the game shows or talks about has been discussed elsewhere in the past. That too in a better fashion, to be completely honest. Nevertheless, it's present here in a well-packaged puzzle entry that is by no means revolutionary, but still manages to do enough to not come across as a poor rehash. Helped by terrific voice acting and accompanied by a tense soundtrack, The Turing Test is an admirable effort.

Further reading: The Turing Test, Bulkhead Interactive, Square Enix, puzzle game
Akhil Arora Email Akhil Akhil Arora covers entertainment for Gadgets 360, interviewing stars such as Christian Bale and Anurag Kashyap, covering series premieres, product and service launches across the globe, and looking at American blockbusters and Indian dramas from a global socio-political and feminist perspective. As a Rotten Tomatoes-certified film critic, Akhil has reviewed over 150 movies and TV shows in over half a decade at Gadgets 360. When he is not completely caught up with new film and TV releases, Akhil ...More
iPhone 7 Not a Game Changer, Say Analysts
Twitter Introduces Read Receipts, Web Link Previews in Direct Messages

product The first-person puzzle game rehashes existing ideas for an enjoyable experience. 3.5 out of 5 stars