The PlayStation 4 (PS4) has had a year of up and downs in India and it's still to have a monster hit along the lines of last generation's fantastic Uncharted series of games, or The Last of Us. We'd mentioned that there were two games that could turn the PS4 from into a must-buy, and one of them - The Order: 1886 - is hitting the shelves on Friday.

On the surface, the premise of the game sounds remarkably cool. It is a third-person shooter in the mould of Gears of War, set in the backdrop of Victorian era London, but in a world of steampunk sensibilities replete with 19th century automatic weaponry and werewolves. The narrative borrows from Arthurian legend, placing you in the role of Sir Galahad (who here bears a striking resemblance to minor Bollywood celeb Milind Gunaji), a knight of the Order - a group sworn to keep humanity safe from werewolves, vampires and all sorts of nasty monsters that inhabit the world. There's very little not to like in that outline.

Before the game released though, a leaked playthrough of the game raised concerns because of its apparently short length. There's no denying that The Order: 1886 is not Skyrim. It took us not more than six hours to complete the game. Considering that the game costs Rs. 3,999, that is legitimately a cause for some concern, but it's not the biggest - or only - problem with The Order: 1886. 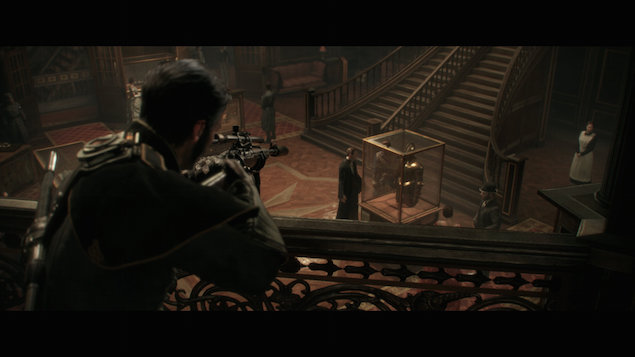 The pacing of events in the game is terrible, and it fails to keep you invested in the action. Nothing shows this more than the game's creaky opening. You do very little in its first five minutes apart from watching a seemingly endless number of cut-scenes. Unfortunately, it is a sign of things to come.

For a third-person shooter, there is very little shooting in the opening chapters. Instead, you'll find yourself harassed with stealth sections where a single wrong move means dying and restarting, annoying quick time events (QTEs) - scenes that compel you to press an assortment of buttons in a given order, and all sorts of cinematic effects in the name of plot progression.

This could still be forgiven if the core of the game was enjoyable. Unfortunately, the actual gameplay of the gunfights itself is forgettable. In most levels, you'll start off exploring an area, then jump across a few ledges, get into a firefight that has you running and gunning from cover, finding the odd lock to pick or electronic power unit to circumvent. All of this is peppered with the aforementioned extra-long cut-scenes. 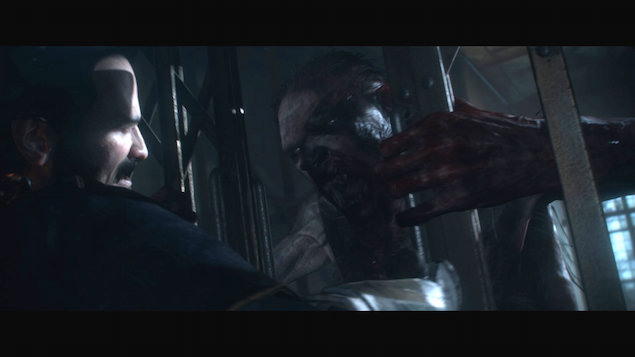 Playing The Order: 1886 feels as if developer Ready at Dawn spent more time on the choice of camera angles instead of gameplay. The gunplay is lacklustre. There's no sense of satisfaction or weight to the weaponry; the handling of all the weapons is too similar and taken together, it makes the gameplay off-putting. Only a few weapons are actually interesting.

The dragoon pistol feels like it packs a punch, and the highly amusing thermite rifle that lets you light up your foes after spraying them with an explosive mist. Most other weapons though are forgettable albeit overpowered. So much so that key features like Blacksight, which lets you gun down your opponents by slowing down time, and Blackwater that lets you heal yourself in battle were barely needed in our entire playthrough.

"In-game features you'll never put to good use" could well be the slogan for this game. Early on in The Order: 1886, you can use the PS4's trackpad to tap in morse code for air support. It's fantastic idea that's used just once in the game, reducing it to utter pointlessness. The game has a host of audio logs, documents, photos, and objects to find and inspect - but very few of them have any explanation for what's going on, and seem to exist purely to allow you to get more in-game achievements.

At the same time, there's the audacity to use a boss fight with similar QTE prompts, twice. For a game that features just two boss fights, it feels lazy. All of this results in The Order: 1886 being painful to play, particularly because you can see how much potential there was in the ideas.

In terms of production values there's very little wrong with it. From stellar art direction to some of the best graphics outside current PS4 posterchild Driveclub, it's a treat to look at. Coupled with almost perfect voice acting, character animations, and a suitably grim soundtrack you have a technically brilliant game. The sheer superlativeness of the game's production values makes its plentiful flaws a lot more apparent.

Perhaps its biggest misgiving is in its indecisiveness in terms of story. You're teased with introductions to a host of interesting characters from history - such as Rani of Jhansi and Nikola Tesla - and introduced to situations that should ideally be resolved in the game's brief run, but this does not happen. It feels as if the last third of the game went missing or held back as downloadable content or a sequel. In the end, you're left with more questions than answers and a tremendous number of plot-holes that make your average Bollywood script seem like an award winning affair. 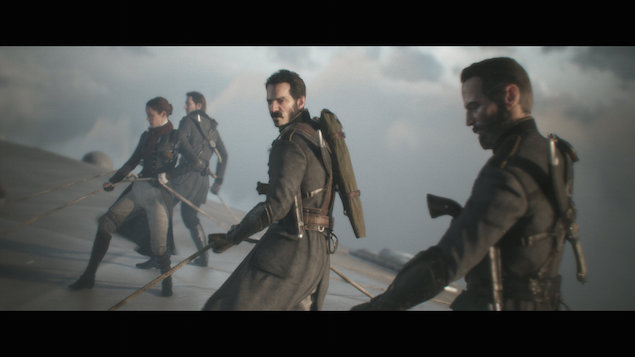 To sum it up, The Order: 1886 is best described as a vertical slice of gameplay. It shows off a lot of features but very few of them come together in a manner that's deemed as cohesive. Throw in the short gameplay length and the wasted potential of its setting, and you have a game that you should squarely avoid. Sony's exclusives are usually of high standard. This is not one of them.

product The Order: 1886 launched to a lot of hype, but after completing the game we feel this is one PS4 exclusive you should avoid.

The Order: 1886 Review - We Played This Game So You Don't Have To
Comment