The Legend of Zelda: Breath of the Wild Review

The Legend of Zelda: Breath of the Wild is a radical departure from previous games in the series. Gone is the linear sequence of dungeons to explore, puzzles to solve, and bosses to defeat. In their place is a sprawling open-world complete with a day-night cycle, a host of weather conditions, and a variety of enemies that can end you in one hit. Dungeons are present though — four of them, to be precise - and you can conquer them in any order. The land is peppered with a host of shrines, each with their own trial — in the form of a puzzle or combat.

The game begins with the briefest of cut-scenes, much like 2016's Doom. You're Link, an amnesiac knight waking up after a 100 year slumber. The world of Hyrule you once knew has been ravaged by a colossal monstrosity known as Calamity Gannon — with total annihilation held back only by the seal of Princess Zelda. It's up to you to set things right. To do so you will have to reclaim your memories, defeat four bosses known as Divine Beasts, and obtain the Master Sword — a weapon to help you put an end to Calamity Gannon.

As we discovered in our initial impressions, there's little by way of tutorial or handholding to aid your progress. You'll learn early on that weapons have a limited number of uses due to a lack of durability, which ensures your favourite axe doesn't last more than a few swings. Although it's great to be able to wield everything from a sword to the severed arm of a skeleton in combat, weapon durability is a joke. There's no clear indicator as to when exactly you'll have to switch out to your next damage dealer. Even special weapons, including the series' trademark Master Sword, are subject to this annoyance - once it wears out, you need to wait for ten minutes before you can use it again.

Games like The Witcher 3 smartly worked around this by allowing for blacksmiths to repair armour and weapons, but you can't do the same in The Legend of Zelda: Breath of the Wild. This means you will find yourself spending a fair amount of time prioritising what to use first, and scavenging whatever you can find, including weaker arms like makeshift spears. You never quite get to grips with a specific weapon set and there's no sense of flow or rhythm to the combat, making it feel like cumbersome busywork and little else.

What's more, enemies outside the main quest in the game's vast open-world can end you with a single hit. The difficulty spikes in battle are inconsistent. Chance upon the game's many guardians (which bear a resemblance to Horizon Zero Dawn's corruptors) in the game's vast open-world and you'll lose all your health in an instant. The game's bosses though are infinitely easier. As a result, there's no sense of progression and it cheapens what should be suitably epic moments of gameplay. 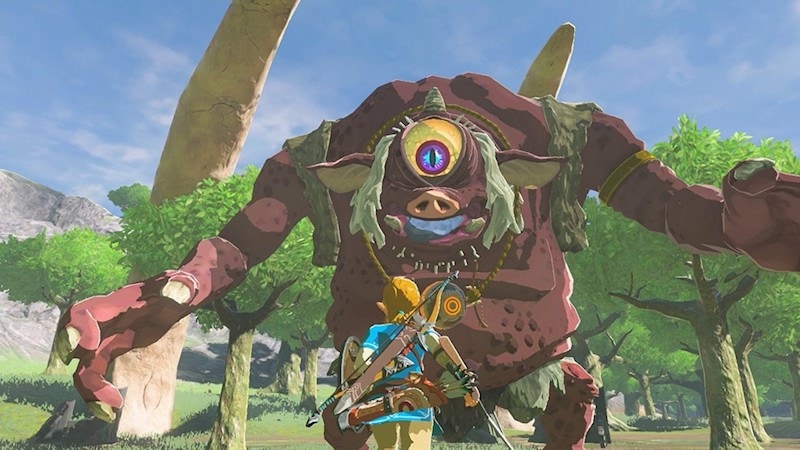 The Legend of Zelda: Breath of the Wild Expansion Pass for Nintendo Switch and Wii U Announced

In theory, these are welcome changes. Nintendo has forsaken the usual one-dimensional design that had you taking on a specific location as its makers saw fit. This means that while there's little stopping you from taking on the game's final boss in nothing more than a pair of underpants, in practise, The Legend of Zelda: Breath of the Wild seems like an exercise in tedium.

That aside, The Legend of Zelda: Breath of the Wild has tremendous amount of padding. Most of its main dungeons can be cleared out in an hour or so. Snagging the likes of the Master Sword will take a lot longer. Much like Arthur pulling out Excalibur, getting the fabled blade is as straightforward. Except you lose health doing so. That's where the franchise's age old health system rears its ugly head.

Like prior entries, in The Legend of Zelda: Breath of the Wild too you start off with three hearts — the game's indicator of your health. Completing each of the four dungeons grants you a heart. Similarly, being victorious at a shrine trial grants you a spirit orb. Four of these let you increase your health by a single heart. To obtain the Master Sword you need at least 13 hearts. So if you plan to beat Calamity Gannon with this mythical weapon, you have your work cut out for you. This is optional and killing Gannon is possible without it, provided you have enough weapons at your disposal, but you'll want the sword considering that it deals a massive amount of damage to bosses, Gannon included. 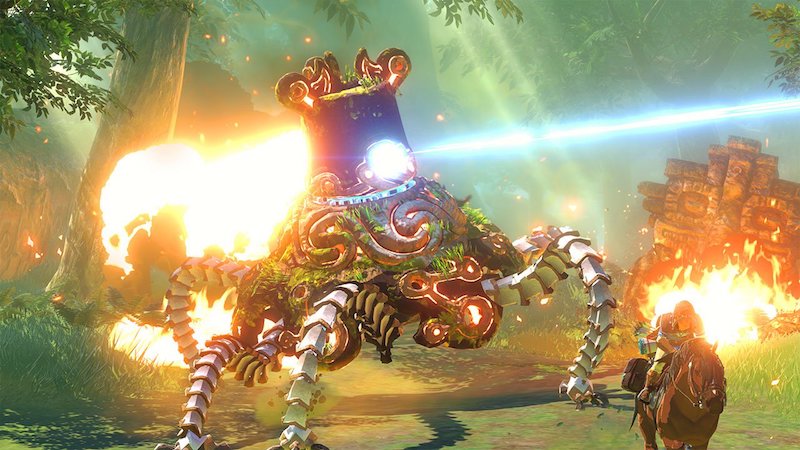 It's not all gloom and doom though. This time around, Nintendo's actually put some effort into storytelling and it shows. From voiced characters (though Link remains mute) to cut-scenes that take the plot forward, it's nice to see some emphasis on narrative. There ARE some heartening touches such as a villager that tries to talk you down from a perceived suicide attempt if you're lingering near a bridge, giving the game world a personality of its own.

Speaking of the The Legend of Zelda: Breath of the Wild world, there's a lot of it to explore compared to previous entries in the franchise. From rolling hills to icy mountains, Hyrule is visual treat regardless of whether the Nintendo Switch is used with a TV, or in handheld mode. Its many wonders can be accessed with the help of the Sheikh Slate — a tablet (the touchscreen kind) you gain as you start the game. It has apps, or runes as the game calls them, which give you the ability to set bombs, freeze water bodies, and manipulate magnetic objects among other things. They're handy additions that make solving The Legend of Zelda: Breath of the Wild's many puzzles a joy. As is traversal. Sure you can travel via horseback, but you can scale every mountain as well, so as long as you have enough stamina to do so. Stamina recharges when you're idle and much like health, it can be upgraded too.

Link's latest adventure isn't without its wrinkles thanks to unnecessary padding, an annoying durability system, and odd difficulty. In the face of the likes of Horizon Zero Dawn, The Witcher 3, and even Final Fantasy XV, it comes off a bit short. You could do far worse than The Legend of Zelda: Breath of the Wild, but, despite all the hype, it's not the console defining game you may have hoped for. It will be interesting to see how soon before Nintendo releases a game that realises the Switch's true potential.

We also discussed our experiences with The Legend of Zelda: Breath of the Wild on Transition, Gadgets 360's gaming and pop culture podcast. You can subscribe to Transition via iTunes or RSS or just listen to this episode by hitting the play button below.