The Last Guardian puts you in the role of a boy who wakes up to find himself next to Trico — a gigantic dog-cat-bird like creature. Before you know it, you’ll be exploring a strange world filled with ruins and verdant greenery, solving puzzles as you go along.

What struck us right away was how unique The Last Guardian looked. From vast expanses of foliage to narrow pathways, the game is visually stunning. Models, be it the boy with his many tattoos, or Trico’s feathery appearance, are rendered with an equal amount of care. It works well enough and combined with the environments, results in something quite remarkable. Characters animate well, particularly Trico when leaping across platforms.

The Last Guardian is easy on the eyes, and manages to keep that up when in motion, for most part. In some of its wider areas you’ll be subject to visible frame rate drops and mild stuttering. There are other issues, like the game throwing up a loading icon at random, and some odd bit of clipping, wherein parts of the boy or Trico merge with walls and cliffs on occasion. None of these are deal breakers by any means but annoying all the same.

On the topic of annoyances is the gameplay. If you’re used to being guided from one objective to another with plenty hints, you probably will find The Last Guardian to be a challenge to play. That’s not to say that it has no hint system — it does, with its narrator egging you on to progress through its more cryptic situations. But its not as intuitive or contextual as most modern day titles. 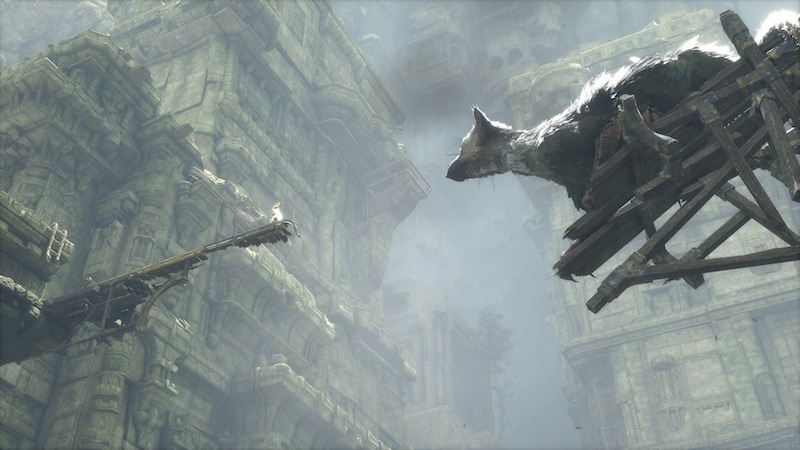 If that poses little concern, you’re in for a treat. The world of The Last Guardian is begging to be explored. You’ll traipse around many a stone structure, guide your companion through obstacle, and on occasion, fend off suits of armour looking to cut your adventure short.

As we mentioned earlier, you’ll find yourself solving puzzles to progress. They aren’t framed as such, rather they feel organic, working well with exploration and platforming. Ever so often, Trico’s participation will be necessary to your progress. The beast will follow you much like an obedient dog, squeezing through tight spaces or leaping over walls to be at your side. You can call Trico to your location or pet it, both of which are useful in specific scenarios. There’s little handholding needed, as it literally has a mind of its own.

And it’s this autonomy that allows for some interesting sections. Without spoiling much, you’ll use barrels which Trico likes to eat in order to get through certain puzzles. Other times, you’ll come across colourful items that you’ll have to get rid of as Trico fears them. The creature is handy in combat too, wielding magic with its tail that you can use to take out foes in a pinch. 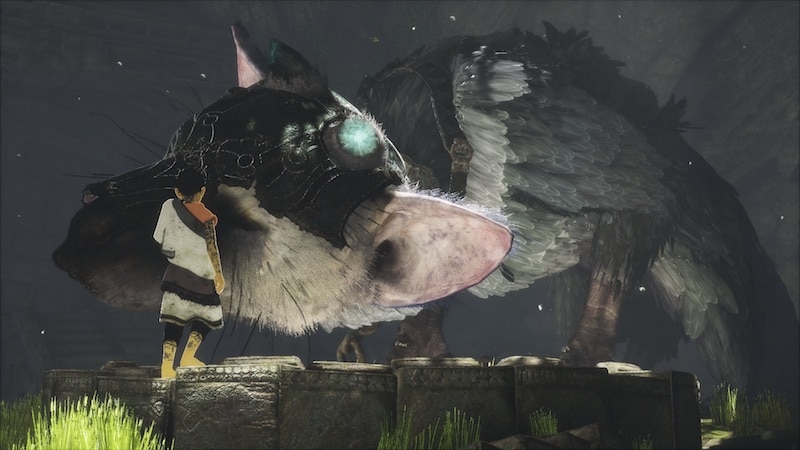 What really stands out is the interconnectedness of its levels. Akin to Dark Souls and Bloodborne, the game world throws up structures in the backdrop such as towers and bridges that you’ll end up visiting on your adventure. These visual cues give one a sense of space between levels and a very tangible sense of progression when you actually get to them.

But for every positive The Last Guardian brings to the table, it is betrayed by one massive failing — the camera. Ever so often it will lose focus of where you are, be sluggish to aim at specific points in an area, and it resets itself ever so often. It is a mess. Sure you can modify camera speed to a degree, but it did little to solve our issues completely. Granted this game has been in development at a time when linear, story-driven adventures were the norm and camera issues were given a free pass, but we hope Sony issues a patch to fix this at the earliest, as it doesn’t meet passable standards for many.

Furthermore, platforming takes some getting used to. Although the likes of Uncharted and Tomb Raider are generous in allowing you to jump across wide chasms, letting you grab onto a ledge and pull yourself up — The Last Guardian is a lot tougher. In fact it schools you finding ways forward other than jumping. Unless it appears to be a very short distance, you will almost always end up falling to your doom. 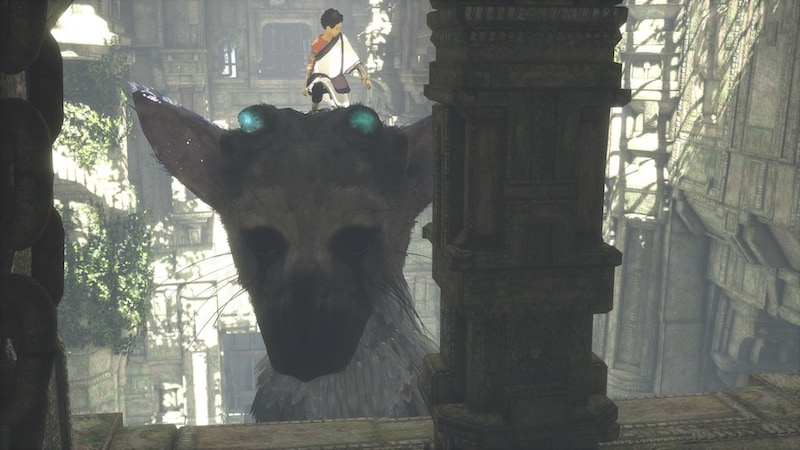 If you can look past these issues, you’re treated to one of the better stories we’ve had the pleasure of playing this year. Touching on themes such as companionship and trust, The Last Guardian’s tale is minimally delivered and powerful. Without spoiling much, it will be a topic of debate for years to come.

However, its last-generation design trappings ensure that getting the best out of it means dealing with some jarring moment to moment gameplay concerns. Depending on your tolerance for these and for its full price of Rs. 3,999 ($60 in the US), you might be better off holding off until a price drop. That said, if you persist with the game, you’ll find an experience worthy of your time.

The Last Guradian Release Date, Price in India and Other Countries

We played a retail copy of The Last Guardian on the PS4 Pro. The game is available on the PS4 and PS4 Pro from December 6 in the US, December 7 in India and Europe, and December 9 in the UK. It is priced at Rs. 3,999 in India and $60 in the US.