Tacoma is a first-person narrative adventure set in the depths of space aboard a space station by the same name. This PC and Xbox One-only title is developed by Fullbright, the studio behind Gone Home. Much like in that game, here too, you play a solitary explorer in an abandoned environment.

Set in 2088 - it's a time when AIs are all pervasive, privacy a myth, humans pledge loyalty to corpocracies, and Elon Musk ended up becoming the President of South Africa.

You’re in the role of Amy Ferrier, a contractor tasked with retrieving Odin - Tacoma’s AI - for its owner, the Venturis corporation. You’ll explore the various areas within the ship, such as the medical bay, engineering, and even the personal spaces of the now evacuated staff.

Along the way, you’ll piece together what happened in the hours and days before Tacoma’s inhabitants fled. You'll see augmented reality recordings of events, and the discussions and altercations between crew members, all of which can be fast forwarded and rewound as needed. 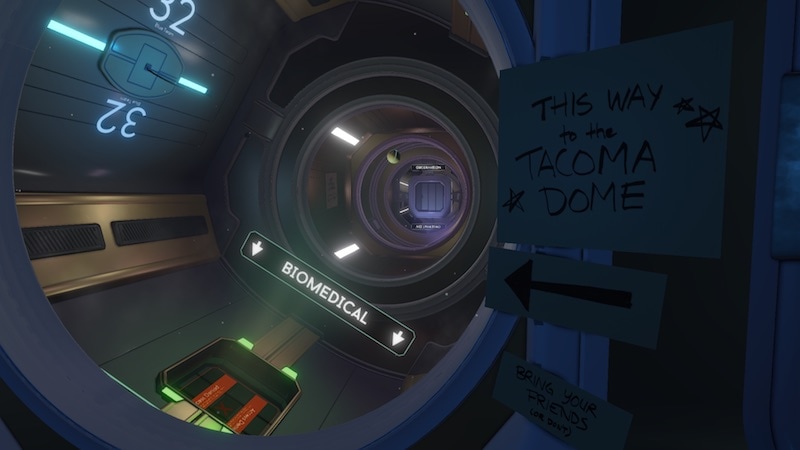 In addition to this, you’ll be able to peep into the crew's messages, emails, and chat logs at specific moments in time, or rummage through their lockers and personal effects by finding the necessary unlock codes or keys. These combine with the game’s many lived-in locales to tell a narrative that’s nothing short of gripping.

Without spoiling much, every element on the Tacoma serves the plot of the game. From various indie tracks that play in certain surroundings, to a poster of Sergio Venturis - CEO of the Venturis Corporation - covering a dart board, these clues are densely and evenly distributed across the game’s vistas. All of this paints a picture of a very real, dystopian future that’s not too dissimilar to Blade Runner, Minority Report, or Alien.

Although this might seem cliched for the avid sci-fi fan, there’s more than enough going on, with a diverse cast that’s expertly voiced, and as a result, Tacoma is anything but your stereotypical fare.

From the rebellious, snarky network specialist Natali Kuroshenko to the private, curt doctor Sareh Hasmadi, and the pragmatic Evelyn Victoria St James, who manages the crew, the cast of Tacoma, their insecurities, failings, and decisions are what shine through as you explore the space station. Piecing together their secrets and thoughts gives the game a sort of voyeuristic pleasure, in addition to uncovering the grander mystery surrounding their disappearance. 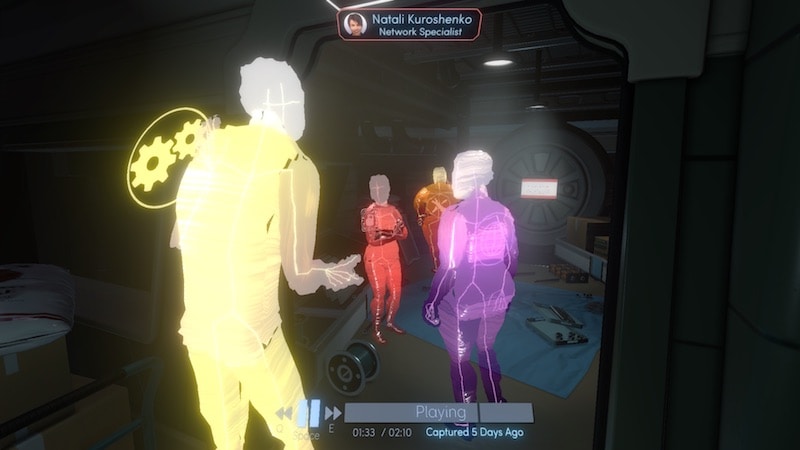 Like most interactive exploration games, Tacoma guides you through all the crucial plot points naturally, and there is no fail state either.

However, there’s one major sore point - its duration. We finished Tacoma in all of two hours. Granted, that time spent rummaging through its environs was welcome, but it left us wishing there was more to it. The game stirs up some interesting arguments about AI, privacy, and loyalty, but it leaves them unresolved, preferring to focus on an overarching story that has a surprising scope. Even then, it leaves that thread hanging. While its unlikely that Tacoma will see a sequel, Fullbright does a good enough job of making us hope for one.

Nonetheless, what’s here is well-presented. There are gorgeous visuals depicting the station’s interiors to an intuitive user interface that’s a treat to use, very little is out of place. Along with Firewatch, Tacoma is perhaps one of the better implementations of the popular Unity Engine, with a suite of options for field of view and shadows to tinker with, running stable through and through.

All in all, Tacoma is a great follow up to Gone Home. With a fantastic set of characters and solid execution of its plot, its well worth considering. Unless you’re the sort who compares every second of gameplay to the cost of the game, there’s no reason not to check it out.

product Tacoma for the PC and Xbox One is a first-person narrative adventure set on a space station by the same name. 4 out of 5 stars