When Nintendo announced the Switch, all eyes were on the Mario game unveiled during the keynote. The Legend of Zelda: Breath of the Wild was an excellent launch title, one that gave the Nintendo Switch a big early boost, but Mario is Nintendo's biggest IP and everyone wanted to see what Nintendo will do with it. We got Mario Kart 8 Deluxe, a remastered version of the best racing game of the Wii U era, followed by Super Mario Odyssey. The latter is Nintendo's big bet for the holiday season — a game that could (hopefully) drive Nintendo to ramp up production of the Switch.

Super Mario Odyssey is a 3D platformer with a unique twist. The story is pretty much the same as that in most Mario games since the beginning of time — Bowser kidnaps Princess Peach and Mario must rescue her. However, in Super Mario Odyssey, Bowser also lays the Cap Kingdom to waste and Mario just happens to land there after losing his first battle against the antagonist. There he finds his ally — Cappy — a spirit that comes to possess Mario's cap and that forms a crucial gameplay element in Super Mario Odyssey.

Mario and Cappy form a team to rescue Princess Peach and to undo the damage Bowser is doing to the various kingdoms in the game. Mario soon finds a cap-shaped ship called Odyssey, and that's where the game gets its name from. Mario, Cappy, and Odyssey join hands to track down Bowser and rescue Peach, which is where you enter the picture.

You need to guide Mario around the world, collect coins, solve puzzles, and take down Bowser and his minions. The game is divided into several different kingdoms such as the Cap Kingdom, Sand Kingdom, and the Metro Kingdom. In total, the game has 17 kingdoms and in each of them your goal is to collect enough Power Moons to take Odyssey to the next kingdom. 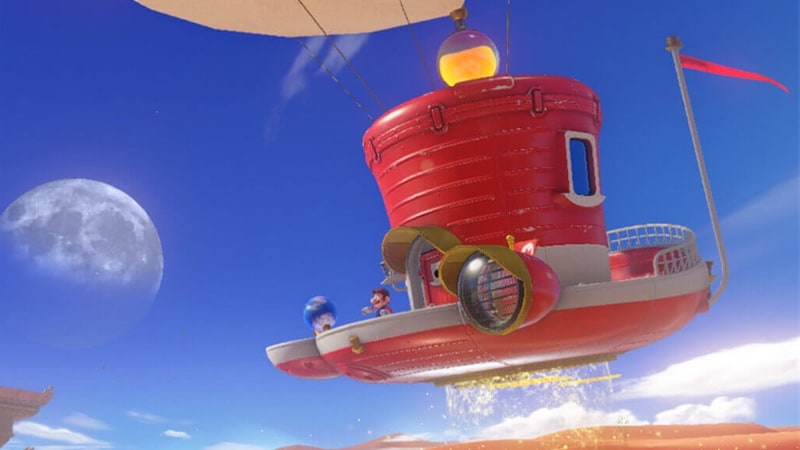 This is where all the fun begins. You may think that this is a task you've done countless times in various games, you know, collect items and go from one stage to another, but the game encourages you to return to familiar ground and replay stages to explore them further. If you've never played this kind of a game, you can hop across the normal way — going from checkpoint to checkpoint and world to world. However, if you're the kind of player who loves playing the unconventional way, Nintendo really rewards you.

We lost count of the number of times we discovered hidden coins, power moons, or area coins (purple coins specific to the Kingdom you're in) simply while roaming around various kingdoms. If you find a creative way to beat a level, such as climbing up the roof instead of dodging obstacles on the floor, then you'll often find coins, hearts, or moons to collect along your way. Every time we did this, we felt rewarded and that told us just how much time game designers spent polishing the game. It gives players an incentive to go beyond the main quest and spend some time admiring the beautiful world of Super Mario Odyssey.

While the game has some stunning visuals, it's also surprisingly identifiable as a Mario game. Nintendo's signature art is everywhere in Super Mario Odyssey, all the way from the way levels are designed to how the various characters and enemies look. There are lots of levels where you enter a pipe and you enter a flat 2D level, harkening back to 2D Mario games. This works to remind you of classic Mario titles, while rewarding you with area coins or Power Moons. The switch between 3D and 2D and back looked pretty seamless. This gives players a new kind of challenge and is one of the many reasons why we never got tired of playing Super Mario Odyssey. 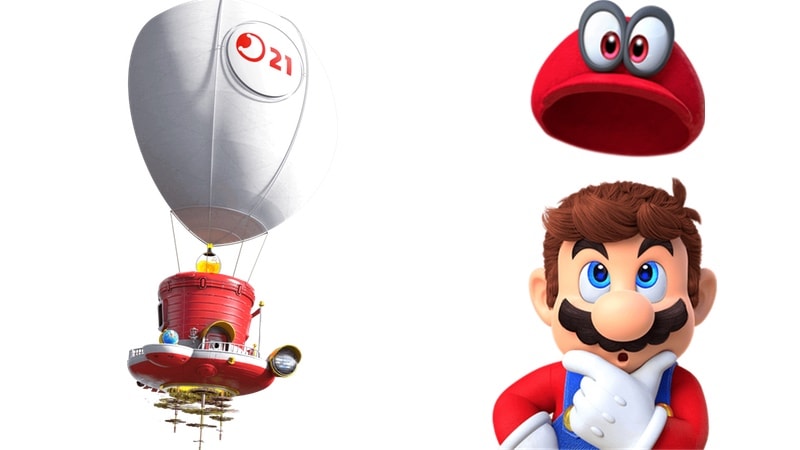 Now you're probably wondering how a platformer doesn't feel repetitive. The game mechanics are the same right? No, they're not. On the surface it's the same hop, run, and solve puzzles that you do in every platformer. However, Cappy is quite literally a gamechanger. You can throw Cappy around by pressing Y, which is where things get interesting. Cappy can actually possess most of your enemies, which means you can take control of goombas or Bullet Bill. This is crucial to clearing lots of levels or reaching otherwise inaccessible areas and it does make the game a lot more fun.

You'll also notice the frankly ridiculous number of complex things you can make Mario do. You can throw Cappy to attack enemies, reveal hidden objects, or to possess your foes. Or throw Cappy and jump on top of Cappy to make an extra long jump. Similarly, you can use the Joy-Cons to throw Cappy around in a circle — but this isn't possible with button controls, which is a little unfair to people who don't like using Joy-Cons as motion controllers. You can go check out the action list in the game to see the different things you can do and you will be amazed by the complexity it adds to Super Mario Odyssey. Some of these moves require you to press multiple key combinations and time them just right. The best thing is that the game encourages you to learn these moves and by the end of it, you will be quite adept at pulling these off. There's an Assist Mode which shows players which way to go to progress, which is great for newbies. For those interested in co-op, there's a fun mode that lets one player control Mario and the other controls Cappy, leading to some fun moments. 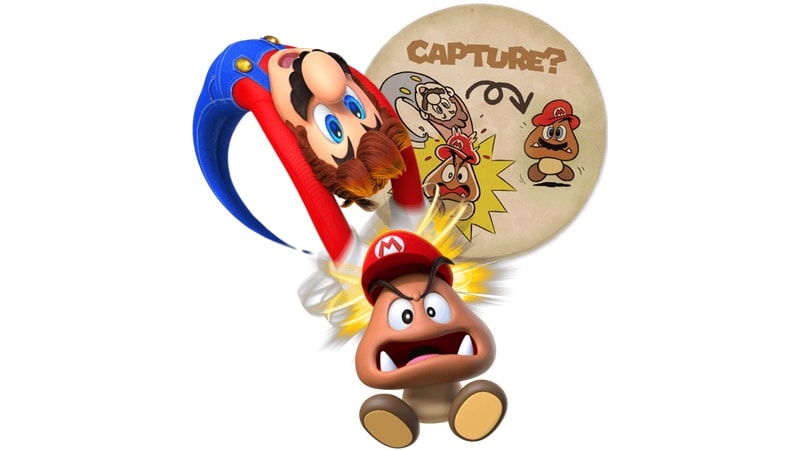 These moves, in turn, will help you clear some levels without possessing enemies or to find certain items that are hard to reach in Super Mario Odyssey. If you're looking to find all the area coins in a Kingdom, you'll want to spend some time mastering these skills. These coins can be spent in shops for Kingdom-specific cosmetic items such as stickers or outfits. There are no real money transactions - only the coins you earn by playing. That's the right way to do in-game transactions, unlike the trend in modern gaming where you're expected to fork out Rs. 4,000 you spend on AAA games, and double the amount on in-game transactions.

Each Kingdom in Super Mario Odyssey is also beautifully designed. The Lake Kingdom has lots of fish (obviously), Lochladies (sentient species that live there), a big friendly water monster called Dorrie, and it requires you to ensure that Mario doesn't run out of breath while diving. The Sand Kingdom is rather warm, full of cactii, and on a cliff that's essentially a desert. Each of these locales adds a unique flavour to the game and we can't praise enough the effort Nintendo has put into each of these. There were rumours that the game was ready when the Switch was launched and those might well be true, because Super Mario Odyssey is an incredibly polished game overall. The soundtrack also deserves special mention. The music in Super Mario Odyssey complements the game so very well. We love the fact that the music changes based on which corner of a Kingdom you are in. Move from a 3D part of a level to a 2D part and the music takes a chiptune turn. Small flourishes like these go a long way in highlighting the quality of the game and the experience on offer. 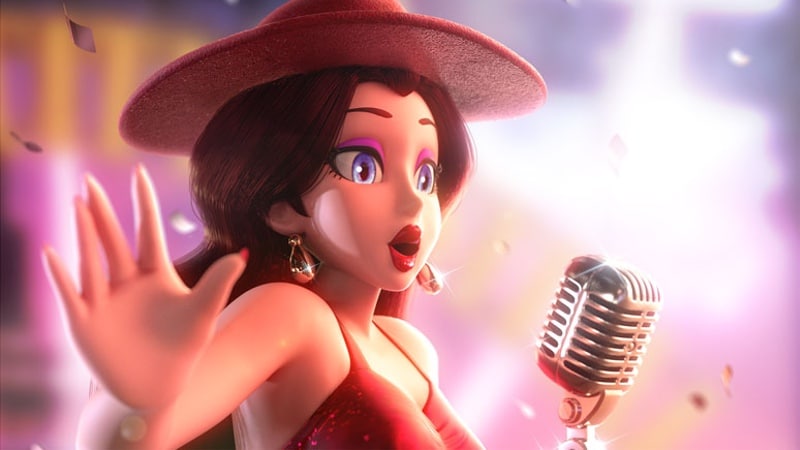 It's not often that we come across a game that is so friendly to new players and experienced ones alike. A game that has the perfect blend of level design, art, and music. One that rewards you just for exploring the surroundings and not playing it the conventional way. Super Mario Odyssey is that game. If you've been wondering what the Mario fuss is all about, this is the game for you to check out. The Switch is already among Nintendo's most popular consoles of all time, and Super Mario Odyssey is only going to take it to new heights.

We played a retail copy of Super Mario Odyssey on Nintendo Switch. It costs $60 (roughly Rs. 3,900).

Further reading: Nintendo, Mario, Super Mario Odyssey, Nintendo Switch
Pranay Parab Email Pranay
Pranay is in charge of podcasts and videos at Gadgets 360. Over the years, he has written over 500 tutorials on iPhone, Android, Windows, and Mac. He has also written in-depth reported features on the intersection of technology and culture, reviewed fitness wearables, been the social media manager, started two podcasts, and produced several tech videos. He loves travelling, particularly to places not frequented by tourists. He keeps running half-marathons across the country and hopes to complete ...More
Star Trek: Discovery Mid-Season Finale: Has the Show Finally Found Its Feet?
Android 8.1 Appears Set to Reduce Inactive App Size, Saving Device Storage