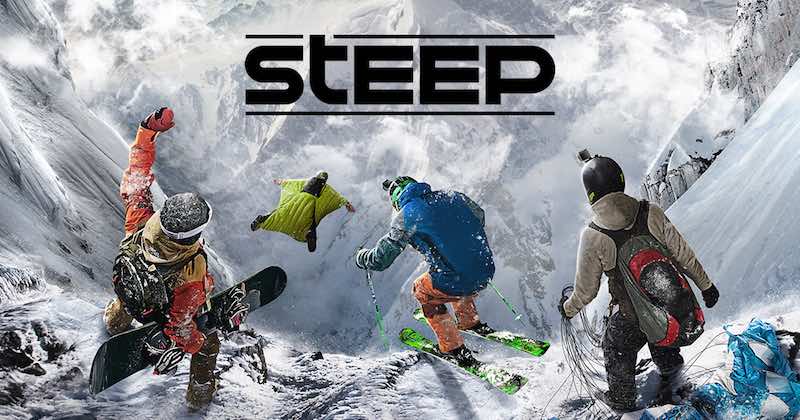 If you’ve been gaming since the early 2000s, then you know there is one series of games that didn’t quite make the transition to the current generation — SSX. Short for Snowboard Supercross, it was a snowboarding game with exaggerated physics and an emphasis on style over reality. Spanning five mainline entries on consoles and a couple of mobile versions, it had a dedicated following, but in later years, EA seems to have left the series behind.

Which is why, of all things announced at Ubisoft’s E3 2016 showcase, Steep had us hoping for a ridiculous snowboarding game for our winter fix. There’s an open-world ripe for exploration, with four disciplines to partake in - skiing, wingsuit flying, snowboarding, and paragliding.

On the surface, it seems like a no-brainer, but a few minutes in you can see there's more to Steep than you first imagined. Core to Steep’s gameplay loop is challenges — a series of courses that you need to beat in a stipulated time, or where you need to score a minimum number of points for style and tricks. What you’ll be doing for most part is finding a challenge, beating it, and moving on to the next one.

You won’t be exploring most of its open-world, partly because it’s a bland composition of mountains and snow with nothing out of the ordinary, and also due to the game egging you on to take up its many challenges. As a result, you’ll often find yourself making use of its fast travel system instead - it’s available from the very beginning of the game.

In addition to this, you’ll find yourself bouncing between Steep’s various sports. Although it claims to be a game where playing your way is the order of the day, there isn't that much to do if you ignore some of the disciplines.

This aside, there isn’t an adequate reward for taking on its many courses. Sure you can obtain a wealth of cosmetic items to customise your character, but that’s it. The board you begin the game with is as good as what you use at the very end, it makes no difference to how you ride or modifies how you play at all. Unlike Destiny or Diablo 3, the loot you earn does nothing to further your cause.

For the most part, we found the controls to be responsive. Blasting down the Alps and pulling off last minute drifts was thrilling, as was gliding in a wingsuit. But if you find yourself off course, or you need to slow down, expect to fiddle around with the analogue sticks for a while before you’re headed in the right direction again.

From a graphical standpoint, Steep impresses. The game is teeming with detail. Terrain transforms as you blitz past it with trails from your board, and even the imprint of your body from a hasty wingsuit descent is visible. The lighting effects are pleasing, particularly when transitioning from day to night. It’s great to look at, but on the whole, there’s only so much to see when the source material is essentially mountains and snow.

It is also worth noting that Steep is always online. Yes, despite being primarily a single-player experience, you need to have a persistent Internet connection. Much like 2014’s The Crew, getting Steep to work when we wanted to was a problem — it took forever to get into the game, even on a 50Mbps line. This seems to have been rectified with its latest patch, but your mileage may vary. And who knows, may be like The Crew, we’ll see an updated, enhanced version down the line that rectifies most of Steep’s missteps.

Until that happens though, Steep is only worth bothering with if you’re really itching for some extreme sports flavoured gaming on the PS4, Xbox One, or PC. For everyone else, your patience might be rewarded with a better (and likely cheaper) game months later.