State of Decay 2 is an open-world zombie survival game for Xbox One and Windows 10 PC. In a generation that has seen way too many open worlds, zombie titles, and the resurgence of the survival genre, developer Undead Labs’ second effort is the sequel to one of the first games that pioneered this jumble of ideas. State of Decay 2 has a release date of May 22 and a download size of 20GB, but how does it hold up against the competition? Read on to find out.

In State of Decay 2 your goal is to create and maintain a community of survivors amidst a zombie apocalypse. You start with choosing from randomly generated survivor types with their own different attributes, strengths, and weaknesses. For example, you could pick a character that’s great at "halo" and has asthma, which means your choice is proficient in firearms, but the ailment would limit its ability to run fast. Each of the characters have their own backstories as well, such as being reunited with a long lost sibling or stumbling upon an old buddy who has a penchant for getting you into trouble.

After a brief tutorial you’re thrown into a game world teeming with zombies or zeds as they’re known. You’ll find a place to call home, build structures, scavenge for resources, and ensure your survivors aren’t driven to depression. Along the way you’ll interact with Enclaves — human settlers you can trade with and of course, zeds aplenty to kill.

Building a base in State of Decay 2 is fairly simple. You explore every room in a building, clear out all the zombies, and claim it for yourself. After this, you’ll need to be aware of the various factors that come into play. These include fuel, food, and power, to name a few. If any of these are too low, your crew will lose morale and will be tougher to manage, resulting in infighting and them possibly leaving your community.

To prevent this, and sustain your budding attempt at restoring a semblance of civilisation, you’ll find yourself exploring locations around your house. From abandoned gas stations teeming with zombies to derelict food depots, you’ll find yourself searching for supplies to keep your rag tag group together. Soon enough you’ll discover rucksacks filled with ammo, fuel, food, and even building materials that you’ll want to bring back. All of these elements are well explained, ensuring that you’re never at a loss of what to do and where to go next, something other survival games could learn from.

This is combined with combat that’s satisfying. Both melee weapons and guns are great to use. Hitting a zed in the face with a hammer or popping one from afar with a sniper rifle feels right. It doesn’t have the up close gore of say, The Last of Us, or Metal Gear Survive, but it holds its own by being fun and responsive. Aside from your health, you’ll also have to pay attention to your stamina which depletes as you run or use close range attacks with a knife, axe, or any other melee weapon at your disposal. Death in State of Decay 2 is permanent. But you can control other characters, when yours is mauled by a horde of undead or turned into one them and as another survivor, you can collect any loot the previous one you controlled dropped, allowing for a continued sense of progression.

Ever so often, you’ll come across locations that can be turned into outposts — structures that give you permanent bonuses for food, ammo, medicine, or fuel in addition to being areas where you can swap out and control different characters from your community. To make an outpost yours, you’ll need Influence, State of Decay 2’s in-game currency. Be it killing zombies or bringing back some much-needed supplies, earning Influence is straightforward and almost every action counts towards it. Aside from claiming outposts, you'll also need it to trade with Enclaves. 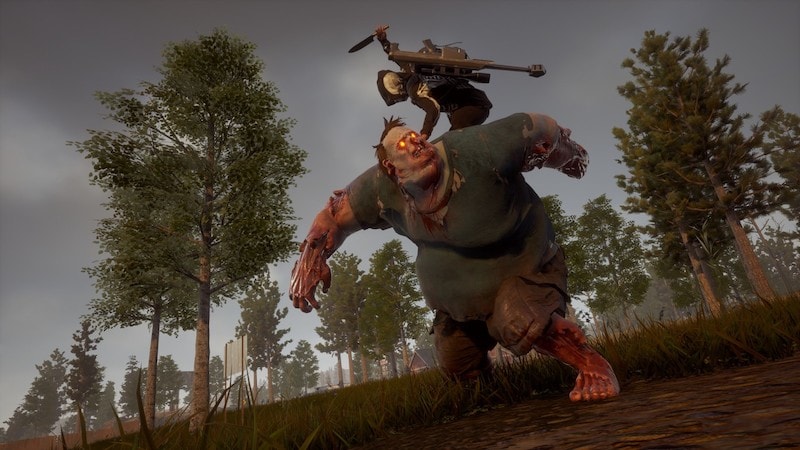 Throw in a variety of zombies - ranging from monstrous, tank-like Juggernauts to quick Ferals - you get to slaughter, there’s enough to keep you on your toes. And while most of these were also present in the last game, one of the new inclusions is the Blood Plague Zombie. If you’re attacked by one often enough you can get the Blood Plague, a disease that turns your character into a zombie. However, the chances are if you kill one, you get a Blood Plague sample that lets you concoct a cure at your base.

The Blood Plague cure can also be obtained by taking down Blood Plague Hearts — glowing red piles of flesh that pepper the game world. Guns and explosives are necessary to do this. And as State of Decay 2 wears on, you’ll realise that its many threats are more sensitive to sound than they were initially, making these sections of gameplay frantic, risky encounters that could end up with you being overrun by powerful undead aplenty.

To further add to the intensity is night time. Now in most games, developers opt for a blue-ish hue during night sections, allowing you to see some of your surroundings. In State of Decay 2, developer Undead Labs decided to turn your screen pitch black at night, forcing you to rely on a flashlight that only illuminates small sections of your display. Not only does it make exploration tougher, but it also adds a sense of dread to nocturnal encounters, particularly if you’re on foot.

You can get around in one of the multiple vehicles present such as a beat up pick up or an ambulance but you’ll need an ample amount of fuel and repair kits (to keep them running as they take damage from any incoming zombies) which aren’t too easy to come by at the beginning. Safe to say, you’re better off approaching night time supply runs with caution until you have enough resources to use a car. 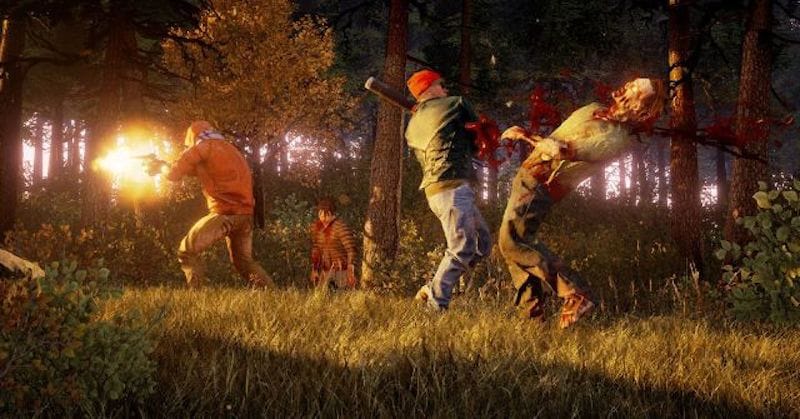 Before you know it State of Decay 2 soon settles down into an addictive loop of morale upliftment, base building, and exploration. All of its systems and elements come together in a cohesive fashion that’s engrossing. We found ourselves playing till the wee hours of the night modifying our base, taking on outposts, and recruiting new survivors.

That’s not to say its perfect, although it comes close. Cooperative play is restrictive. You can’t explore the world if you’re not close enough to your fellow human-controlled survivor and you can’t carry over any loot to your version of the game when you’re done. Only Influence carries over from State of Decay 2 coop sessions. In an age where games like Ghost Recon Wildlands let you explore wide swathes of territory without being tethered to your friends, State of Decay 2’s coop feels retrograde.

Apart from this, while our playthrough of State of Decay 2 wasn’t buggy, it was a bit rough around the edges. There was the odd frame rate dip on the Xbox One X and scenarios where dead zombies would stick to doors. These weren’t game-breaking by any means and the performance appears to have been improved with its latest 6GB patch. Comparatively, Windows 10 version was problem-free for us on our old test rig of an Intel Core i5 3470, 16GB of RAM, and an Nvidia GTX 1070, allowing us to play at 1440p at Ultra settings with very few drops below 60fps.

However, given the game’s budget price tag of $30 in the US and Rs. 2,199 in India, these issues are forgivable. More so when you consider that State of Decay 2 will get a few patches that will look to improve performance and perhaps fix coop play.

All said and done, State of Decay 2 is a great addition to the library of any Xbox One or Windows 10 PC gamer. It might sound derivative on paper, but multiple elements come together to make a game that’s well worth your time.