Blizzard has made good on its promise of bringing Starcraft Remastered to the Mac and Windows PCs. The original version of Starcraft released nearly 20 years ago and is still widely played to this day, in part due to the fact that it can run on almost any PC, and of course that its gameplay still holds up. Does Starcraft Remastered live up to its predecessor or is it just a new coat of paint? Here’s what you need to know.

What is Starcraft?
Debuting in 1998, Starcraft is a real-time strategy (RTS) game that centered around the struggle amongst three factions in a distant part of the Milky Way galaxy known as the Koprulu Sector. These are the human Terrans, the insect-like Zerg, the technologically advanced Protoss, whose conflict was set in motion by the actions of an ancient and highly advanced race called the Xel’Naga. Apart from it's engaging story, it is also one of the most popular multiplayer games of all time. 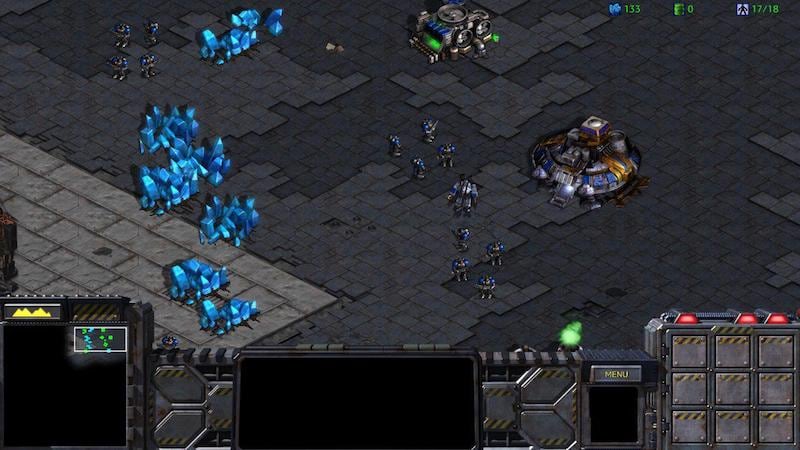 Compared to most modern PC games and even some older ones, Starcraft Remastered isn’t that taxing on your PC. So much so that it will run on PCs built almost 12 years ago.

Blizzard is one of the few game developers with fantastic support for Mac users and Starcraft Remastered is no different.

In terms of storage space, Blizzard’s official documentation states you’ll need 2.8GB of hard drive space, but installing the game on both our Windows gaming PC and MacBook Air saw a total size of around 7GB. 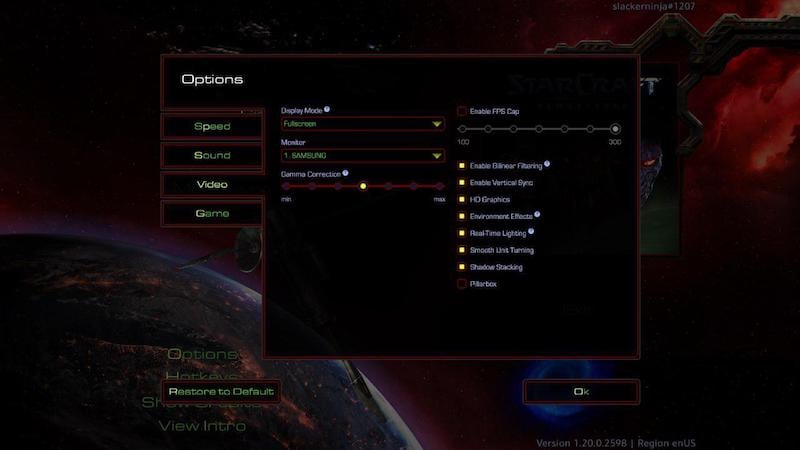 Starcraft Remastered price and where to buy

Despite Blizzard having an official Indian presence, for mow, physical copies of Starcraft Remastered are limited to South America and South Korea. What this means is, if you’re residing anywhere outside these two regions, you’ll have to download the game via the Blizzard Battle.net app.

Starcraft Remastered - settings
The settings menu of Starcraft Remastered is surprisingly barebones by current standards. You get an option to cap the frame-rate as you see fit and there are check boxes for Bilinear Filtering for a sharper image, Vsync to prevent image tearing, Real Time Lighting for more dynamic lighting effects, Environmental Effects so textures like oil spills have more detail, Smooth Unit Turning to let units turn in 16 directions instead of eight, and Shadow Stacking which makes shadows appear darker when multiple units share the same space.

And if you’re missing the old school charm of the 4:3 aspect ratio of the time, you can check the Pillarbox option to remove widescreen support. The option to change the resolution within the game is completely absent and it seems to be sticking to the resolution your desktop has. So if you’re trying to force a custom resolution, you’ll have use a program like AMD Gaming Evolved, or Nvidia GeForce Experience, to tweak it as per your liking.

As you’d expect, the game runs quite well on both our Mac and Windows test machines; the former being a 2015 MacBook Air with 8GB of RAM and the latter with an Intel i5 3470, 16GB of RAM, and an Nvidia GeForce GTX 1070. Gameplay was smooth throughout and it was quite hassle-free regardless of the number of units on screen. One interesting addition is how seamless it is to transition to the retro-stylings of the original by simply tapping F5. Doing so takes you back to how the game originally looked, blurry sprites and all. Barring Real Time Lighting that requires a video card with more than 2GB of memory, it is quite easy to max out all options on almost any machine. 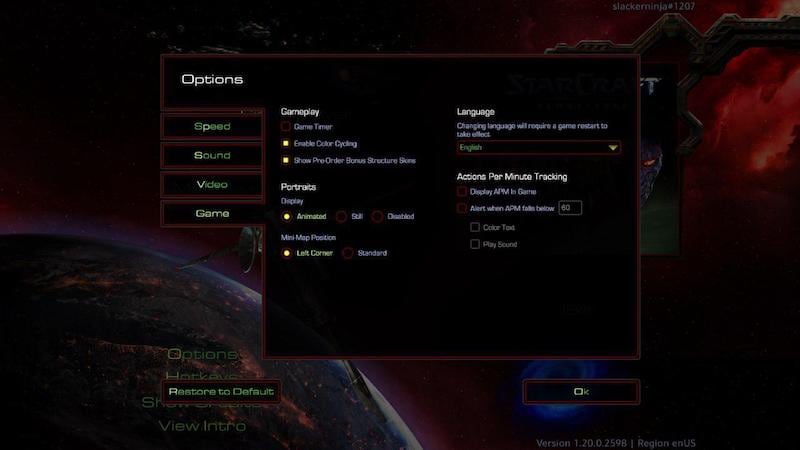 Starcraft Remastered image quality
While the fluidity of the original Starcraft remains intact, the visuals are a bit of a downer. They’re simply cleaner versions of what the 1998 version brought to the table. The term ‘remastered’ tends to allude to shinier, better graphics, and it would make people expect a large variety of options and a better looking game. However, the Starcraft remaster doesn't deliver on that front. Consider this, Starcraft 2: Wings of Liberty hit the shelves in 2010, would it be too much to ask to see it running on that tech? Sure, Blizzard put this together in the year (with the help of pro players no less) and it costs only around Rs. 1,000, but there’s little reason for casual fans, or those new to the series, to check it out. Especially considering that the original game is free to download. Granted you miss out on matchmaking, which sours the multiplayer experience, but its an economical way to get to terms with the series’ lore.

Should you buy Starcraft Remastered?
If you’re a long-time series veteran this is a no-brainer purchase. Particularly since matchmaking and lobbies that make for modern day multiplayer are present. Newcomers might find it a tough sell. More so when you consider what Rs.1,000 gets you on Steam during one of its many sales during the year.

product Starcraft Remastered is out on PCs. Does it live up the series' high standards? Find out in our review.