Star Wars Battlefront 2 comes from EA, a company that prides itself on listening to its users and taking their feedback into account, if its many statements at E3 and its own EA Play events are to be believed. And on the surface, Star Wars Battlefront 2 appears to be representative of this. There’s a much awaited single-player campaign that was missing in the previous entry, expanded multiplayer with standalone modes for space combat, and heroes across the length and breadth of the Star Wars trilogies, including Episodes 1, 2, and 3. Combined with developer Dice’s penchant for fantastic art direction, visuals, and near perfect sound design, it should - in theory - make for a better game. Except it doesn't. Here’s why.

The single-player mode in Star Wars Battlefront 2 has you in the role of Iden Versio — the commander of Inferno squad, an elite group of soldiers in the Empire’s galactic army (typically the bad guys in the Star Wars Universe). Despite a strong opening mission that has you infiltrating and escaping a ship of the Rebel Alliance (aka the good guys), it quickly devolves into a rote, by-the-numbers affair that has you hijacking AT-ATs, taking down X-Wing as you defend the Empire’s cruisers, and gunning down a host of disposable soldiers, including storm troopers, because before you know it, you’re betrayed by your own faction and forced to take matters in your owns hands — a twist so predictable that it should simply be a bullet point on the back of the box or on the game’s listing page online.

This isn’t all, Star Wars Battlefront 2’s cast — from Versio herself to her comrades, Hask and Meeko, along with her father who is a general in the Empire - are a cliched bunch whose motives are clear as crystals used to power the series’ trademark lightsabers. Throw in token sections - such as playing as Luke Skywalker for a level - that simply exist as fan service instead of helping the story develop, and you have a five hour romp that’s nowhere as good as it could be. But perhaps the worst offender is the fact that it ends on a cliffhanger, with a DLC expansion in December (that ties in with the upcoming movie Star Wars: The Last Jedi) slated to continue the story further.

However as disappointing as Star Wars Battlefront 2’s single-player campaign is, it’s far from its biggest offender. That title goes to the multiplayer mode. For most part, it plays similar to the beta with a varied set of weapons and most of them variations of a laser blaster. What’s more, there’s enough of a difference in cool-down times and weight to allow for a discernible difference from one gun to the next, which is welcome. Its many ships such as X-Wings and TIE fighters are nippy and responsive as they should be as well while Galactic Assault despite feeling constricting in the beta is a grand, sprawling affair with the ice planet Hoth making a return as well as the ability to wage war on the Death Star and on Endor too. So far all good, right? Well, that is only if you’ve been living under the rock where George Lucas thought midichlorians were a good idea.

Reason being, in an attempt to retain its multiplayer user base after the initial hype, EA decided to lock some of Star Wars’ most iconic characters such as Luke Skywalker and Darth Vader behind an extremely expensive and time consuming paywall. Previously, you needed 60,000 in-game credits to unlock either character. This translates to roughly 40 hours of gameplay just to play as Darth Vader. When you consider the amount of time needed to earn other heroes such as Leia and Chewbacca, you’re looking at a total of around 175 hours. That’s of course, not counting the new ones EA plans to add to the game over time. Sure, EA’s reduced the amount of time needed by 75 percent, but that happened after it had the most down-voted comment in Reddit history. For a company that prides itself on listening to its fans, it shows itself to be extremely tone deaf in this instance. Not without good monetary reasons though. Like Need for Speed Payback, Star Wars Battlefront 2 has loot crates and unlike StarCraft 2 which recently went free-to-play, they’re not predetermined. They’re randomised. What this means is, even if you choose to pay to play as Darth Vader or Luke Skywalker, you could end up paying more for the privilege of doing so than you did for the game itself with each duplicate loot crate granting you 200 credits. Incidentally, you earn almost that much from a full multiplayer match.

And it gets worse. Finishing the campaign should net you 20,000 credits. But what EA did not say is that it has reduced that amount to 5,000 credits when it pushed an update to the game to make it slightly easier to earn its hallmark characters.

All of this results in a game that in a constant state of flux. You’re never quite sure of what you’re going to get and it’s unsettling. Imagine spending full price on a Mario game for the Switch only to find out that you play as Toad instead with Nintendo telling you that you have to cough up more money than you paid for the game or spend an inordinate amount of time just to play as Mario. This is what Star Wars Battlefront 2 feels like. 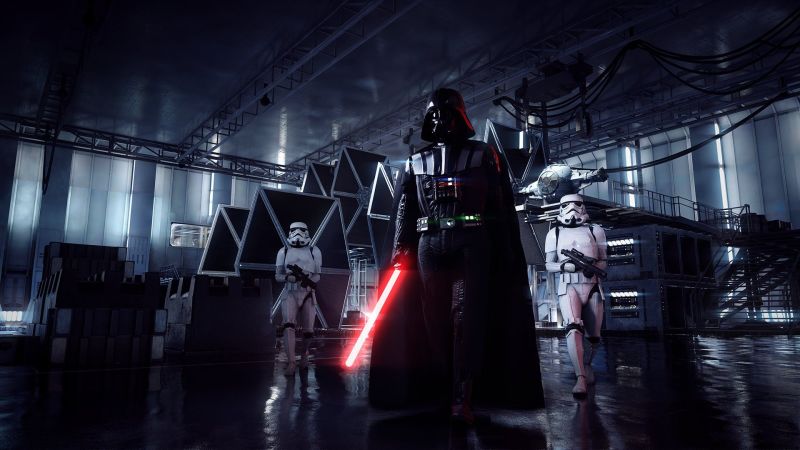 Instead of removing its mercenary micro-transactions, EA’s outdating the outrage by reducing the time needed to get what you paid for. It doesn’t help matters that you’re locked out of the Arcade co-op mode which lets you square off against bots to earn credits after a couple of hours either. All this is really tragic considering this is one of the more visually stunning games this year, one with superlative production values. It looks and feels closer to Star Wars than anything else we’ve played in a long time, until you notice how much of a slog it is to play thanks to broken player progression. Not something you’d expect in a $60 (Rs. 3,999) game.

We spoke about Star Wars Battlefront 2's failings on Transition. You can listen to it via Apple Podcasts or RSS or just listen to this episode by hitting the play button below.

product Star Wars Battlefront 2 for the PS4, Xbox One, and PC comes a month before Star Wars: The Last Jedi and it's a massive disturbance in the Force. 2 out of 5 stars