The first two entries in the Sniper Ghost Warrior series were first-person shooters known for their linear, story-driven levels, and solid visuals. Although they weren’t too well received by critics, publisher CI Games claims the games have sold around 5.5 million copies. Sniper Ghost Warrior 3 promises to be different, with the publisher stating that it’s bringing triple-A production values — a first for the franchise. Is the result a game worth checking out? We tell you.

Most of Sniper Ghost Warrior 3 takes place in Georgia, amidst a civil war. No, not the state in the US, but the Eastern European country. The game has you in the role of Jon North — an American Marine who has infiltrated the region in order to save the world, as well as find his brother, fellow soldier Robert North who was captured 23 months ago in a raid gone wrong on a seemingly derelict bio-weapons facility.

Despite an opening cinematic that tries to portray Jon’s relationship with his brother and their banter in the game’s prologue, there’s little in way of its delivery or the events themselves to keep you invested in the proceedings. Jon and his allies - such as his handler Frank Sims, Mossad agent Raquel Shein, or ex-love interest Lydia - appear to be the usual genre stereotypes we’ve seen in the many Call of Duty games of the past, complete with cliched dialogues and rough voice acting. Without spoiling much, Sniper Ghost Warrior 3’s plot serves an excuse to wreak havoc across the Georgian countryside. 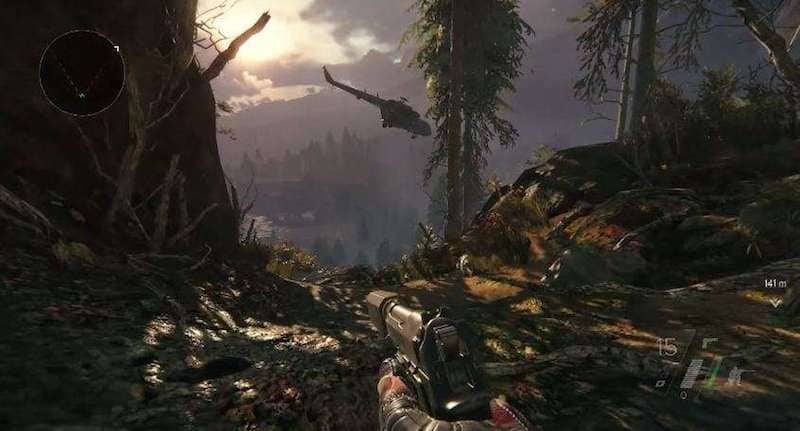 And wreak havoc you shall. Sniper Ghost Warrior 3 missions are standard open-world fare for most part. These include taking down war criminals and stealing enemy trucks, while others have you rescuing civilians from separatists who have them digging their own graves, infiltrating a satellite array, or gatecrashing a heavily guarded wedding. These missions stand out, but they’re few and far between. Scout Mode, which is akin to Detective Mode in the Batman Arkham series of games, lets you find the best vantage points and track down mission goals, from where you can snipe at ease.

Granted that’s what the game’s title suggests, but it also has the words ‘Ghost’ and ‘Warrior’. In fact, these are the names of the game’s three skill trees. Yes, they’re called Sniper, Ghost, and Warrior. Completing actions such as killing enemies grants you experience points. Depending how you do this — with a sniper rifle, a stealthy melee hit, or using one of the many secondary weapons like an AK-47 — helps you gain points in one of the three playstyles.

On paper, this sounds solid. In fact it should allow you to exploit your surroundings and use multiple ways to complete your objectives. But early on you’ll realise that the best approach to most encounters is to use a drone (which we’ve seen before in the likes of Watch Dogs 2, and Homefront: The Revolution) to mark opponents and snipe them one by one, occasionally moving from one point to another to avoid getting shot at. Plus, pulling off perfect headshots while sniping rewards you with an explosive view of the bullet hitting your target’s skull making it extremely gratifying. Even more so on harder settings, where factors like breath and wind velocity make it tougher. It doesn’t help matters that gunplay with anything that isn’t a scoped weapon feels weak and inconsistent while enemies have a pretty good sense of awareness. All of this makes the Ghost and Warrior approaches backup plans rather than straight up options. 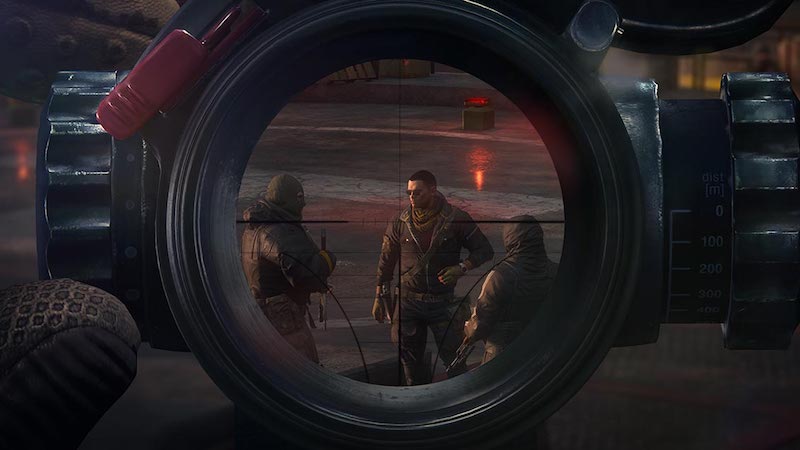 This extends to the many separatist outposts you’ll find between mission areas. Simply camp at cliff or in the grass near their location and pick off enemies one by one. What’s more, there’s not much to do besides raiding encampments. Sure, you can undertake side-missions known as war crimes, but that’s about it. Even the rare civilian that passes by in a car can’t be hijacked after you shoot off its door. Instead you’re greeted with a message that reads ‘Vehicle Locked’. Speaking of driving, it’s serviceable for most part, though the lack of a third-person camera view while doing so is a let down.

When you’re not saving the world, you can craft new gadgets, buy guns, or decide what to do next at a safe house. Here you can also customise your load out with different ammo types such as explosive or lure bullets that let you cause distractions. Your drone can be upgraded as well to hack terminals and have extended range. It’s the usual set of options that we’ve seen in most open-world games with nothing out of the ordinary.

Where Sniper Ghost Warrior 3 really shines is in its visuals. Be it snowy mountains, lush forests, gas stations or military installations, each environment is densely detailed and has a sense of depth thanks to slick lightning and particle effects. It looks great on the PS4 Pro, though we can’t help but feel that it would look better on a high-end PC. That said, the frame-rate isn’t as good as it could be. Oddly enough, it would stutter and lag in moments when there wasn’t anything particularly taxing going on screen. 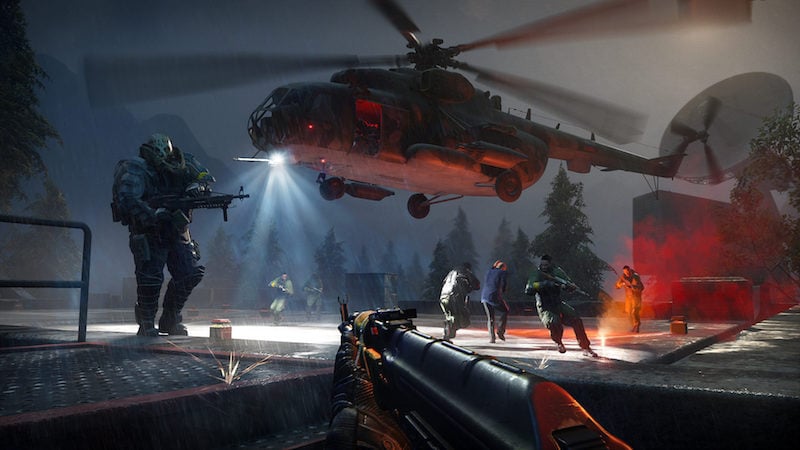 Although the game did not crash our console outright, it froze long enough for us worry that it would. This isn't the only technical concern. After launching the game on the PS4 Pro and selecting the game’s single-player campaign, we were treated to a surprisingly long load time. Granted it’s the only one until you see the game over screen, but being almost four and a half minutes is alarming. These issues occurred even after downloading a roughly 9GB patch followed by another 450MB update, bringing the version of the game to 1.03.

While moving to an open-world worked for the likes of Ghost Recon Wildlands, and Forza, Sniper Ghost Warrior 3 feels like it made the switch in order to classify as a current generation game, than an actual necessity. The core gameplay mechanic of sniping nor do the other play styles appear to benefit greatly from this and at Rs. 4,000 on consoles and Rs. 1,899 on PC, you could do a lot better. Coupled with concerns in terms of frame-rate, load times, throwaway story, and mostly cookie-cutter missions, it leaves Sniper Ghost Warrior 3 as one to avoid. Well, at least until a price drop.

product Our Sniper Ghost Warrior 3 review tells you if this open-world shooter is worth buying. 2.5 out of 5 stars