The Elder Scrolls V: Skyrim is Bethesda’s second game for the Nintendo Switch‬ after Doom‬. The Elder Scrolls franchise has set the benchmark for open-world role-playing games, with Skyrim putting you in the boots of an adventurer that shouts evildoers off a cliff and punches dragons in the face. It comes with a wealth of quest lines and more than its share of factions, and gives you so much to do that you will not get bored.

The Nintendo Switch is the sixth platform to get a The Elder Scrolls V: Skyrim, after the PC, PS3, PS4, Xbox 360, and Xbox One. More importantly, it’s quite possibly the most playable version of the game till date, even better than last year’s The Elder Scrolls V: Skyrim Special Edition ‬remaster for more powerful consoles like the PS4 and Xbox One. Perplexed? Read on to find out why. 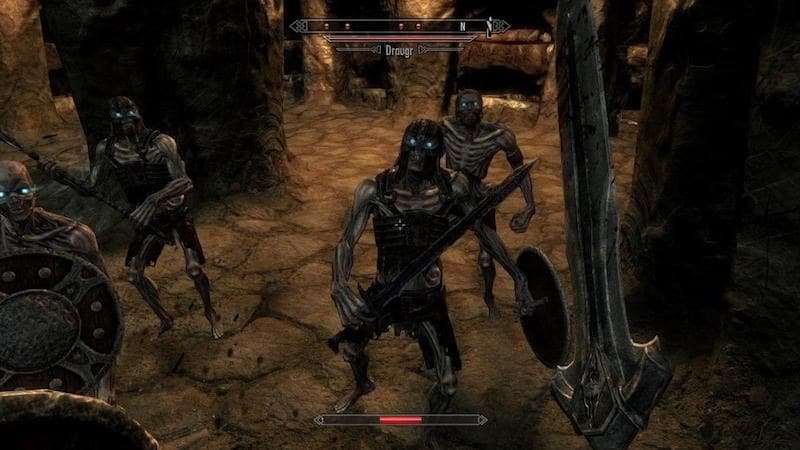 The Elder Scrolls Travels: Oblivion PSP Impressions - Could Have Been Epic

However playing the game on a bigger screen makes some minor visual inconsistencies apparent. These include certain in-game assets like trees and grass appearing as you move closer towards them and jagged edges on stairs and other surfaces being visible as well. They exist even when you traipse through Skyrim in the Switch’s handheld mode, but they’re less obvious. Also of note are the loading times, which are particularly long (in excess of around 20 seconds) when you boot up the game, though as you make your way through its many areas, this isn't an issue.

All of these are minor trade-offs when you compare how buggy the PS4 version of the game was. Characters would literally merge into tables instead of sitting on chairs, and entire segments of dialogue sometimes froze, making the lack of polish pretty obvious. Thankfully, we didn't encounter any of these issues on The Elder Scrolls V: Skyrim for the Nintendo Switch.

Furthermore, the frame rate remained solid. Be it taking on dragons or hordes of draugr — skeleton soldiers in the game’s many crypts - it never got close to feeling unplayable. The consistency in frame rate is welcome, as it allowed for us to switch between weapons that have different attack speeds such as axes and swords, and even consider magic at the same instance. Again, it’s a step up from The Elder Scrolls V: Skyrim Special Edition, which suffered from slow down, particularly during the game’s assassination animations. Also, its menus are responsive, unlike the remaster, which saw a clunky interface experience. 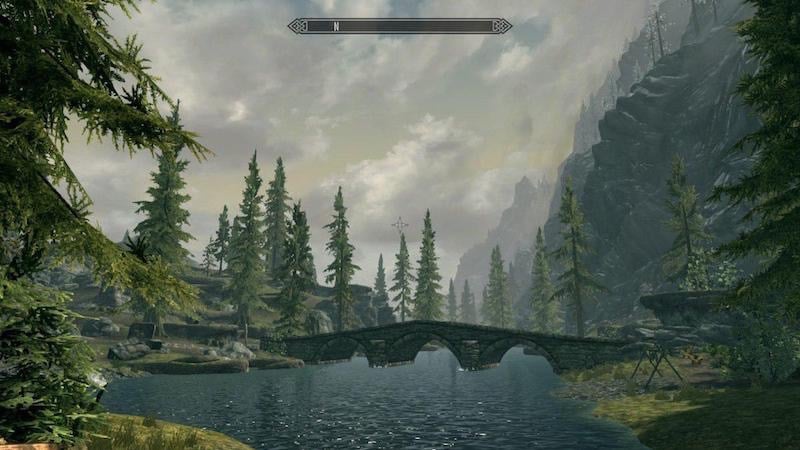 Despite spending over 20 hours with the game, we find it hard to believe that a title which was designed originally for big screens and more powerful devices is running as well as it does on the Nintendo Switch. And the best part is that you aren’t chained to your living room TV or computer monitor to enjoy it. Setting fire to a coven of vampires, running from dangerous trolls of the non-Internet variety, and cavorting with deadly assassins during a commute and being able to continue those adventures when at home on a bigger screen is an exceedingly liberating experience and Bethesda has managed to deliver it with barely a hitch. A rarity for a company associated with many Skyrim bugs and glitches have achieved meme status.

Technical concerns aside, controls in the Switch version of The Elder Scrolls V: Skyrim are a treat. Compared to the likes of FIFA 18‬, using the Joy-Con is a valid option and you don’t feel restricted in anyway. This made playing Skyrim in the Switch’s handheld mode more enjoyable than it has any right to be. You can flail around with melee weapons, pick locks, or aim with your bow using the Joy-Con. They’re additions that work as expected, but they’re nowhere core to the gameplay and can be turned off. In fact, they can be gimmicky at times, allowing you to show off to a crowd how the game plays with Wii-style motion controls before reverting to a more traditional control scheme. From our time with the game we felt the Nintendo Switch Pro controller is a good choice as well, particularly when playing on a TV, relegating the use of Joy-Con to when you are on the go.

Other features exclusive to The Elder Scrolls V: Skyrim on the Nintendo Switch are gear from Legend of Zelda that allow you to look every bit like series protagonist Link with a Master Sword, Hylian Shield, and Champion’s Tunic. They’re novelty inclusions that can be obtained from treasure chests peppered around Skyrim or can be unlocked by using amiibo — Nintendo’s toy-to-life figurines. Also present are Dawnguard, Hearthfire, and Dragonborn, official add-ons to the base game. 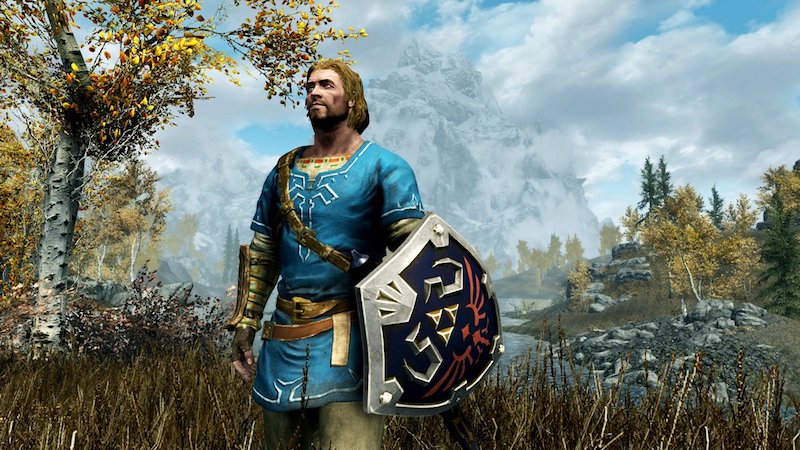 Perhaps the biggest draw of the game will be how every seemingly incongruous element comes together to deliver a fantastic experience. All in all, The Elder Scrolls V: Skyrim on the Nintendo Switch is near perfect. It might not be the best looking version of the game, but it’s the most accessible, trouble-free way to enjoy this well-worn classic. It might not have the flexibility hardcore fans have come to expect in terms of mods, but if Nintendo takes its online infrastructure seriously enough (to allow for Bethesda's Creation Club on the Switch), it could quite possibly turn out to be the definitive way to be an adventurer without taking an arrow to the knee.

Gadgets 360 played an early retail copy of The Elder Scrolls V: Skyrim for the Nintendo Switch. The game is priced at Rs. 3,999 in India and $60 in the US.