You don’t need to have played past Shining games to understand the references and story of this one. It’s a standalone entry. In Shining Resonance Refrain you don the role of Yuma Ilvern, a boy whose soul is intertwined with that of an ancient dragon, making him the prime target of the Empire of Lombardia that seeks to conquer the Kingdom of Astoria by harnessing his powers.

Along the way, you’ll be joined by others such as Sonia, a knight who is also the princess of Astoria and Kirika, an elf that communes with dragons. The set up of Shining Resonance Refrain seems interesting though the execution is anything but. Yuma ends up being your usual RPG hero, starting off as timid and bashful and he stays that way for most of the game, with little in the way of character progression although everyone else seems to think he’s the most important person in the known universe. 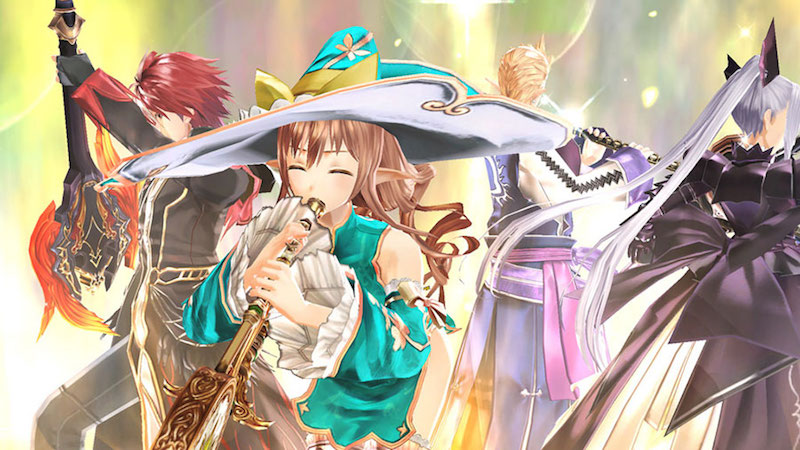 The pacing feels awkward too. Shining Resonance Refrain is replete with brief sections of gameplay followed by an exorbitant amount of exposition and dialogue. So much so that it feels like its revealing all its story in one go. However, you’ll meet some interesting characters along the way such as the Excella and Dragonslayer Jinas, two of the game’s antagonists. Plus, you can even have the duo accompany you in the game’s Refrain mode. It adds an element of replayability, but introduces you to some late game plot spoilers early on due to their dialogues, making Refrain mode worth better suited for a second playthrough.

In terms of exploration, it’s akin to Final Fantasy XII wherein you’ll explore a series of zones strung together as you make your way out of the city of Marga which serves as your hub. The game’s structure has you going back and forth from time to time but as the story progresses, new enemy types are added, keeping things fresh.

Speaking of enemies, the combat is a treat. There’s your basic attack button, character specific attacks such as sword lunges for Yuma, and a flurry of stabs for Sonia as well as blocking and dodging. These fundamental moves are layered with crafting and ability system that adds buffs such as extra health or attack bonuses. Also, Yuma can transform into a dragon in battle as well. While this has the potential to make combat too easy but it can attack your allies too if you use it for too long, making it an option to consider in tougher fights. What’s unique to Shining Resonance Refrain is its bond system. It lets you assign specific traits to your characters that bolster defence or offence in battle and lends itself to experimentation as it’s up to you to figure out what traits work well with each character.

This ties in to the game’s band system. It’s a whimsical mechanic that lets your squad perform songs in battle. These provide boosts to stats like accuracy and magic damage when in use. It adds a quirky dimension to the combat, making it more involving and entertaining instead of the usual, plain tactical skirmishes they end up being in other RPGs. On the whole, combat in Shining Resonance Refrain is polished and enjoyable, holding up well even towards the end of the game. 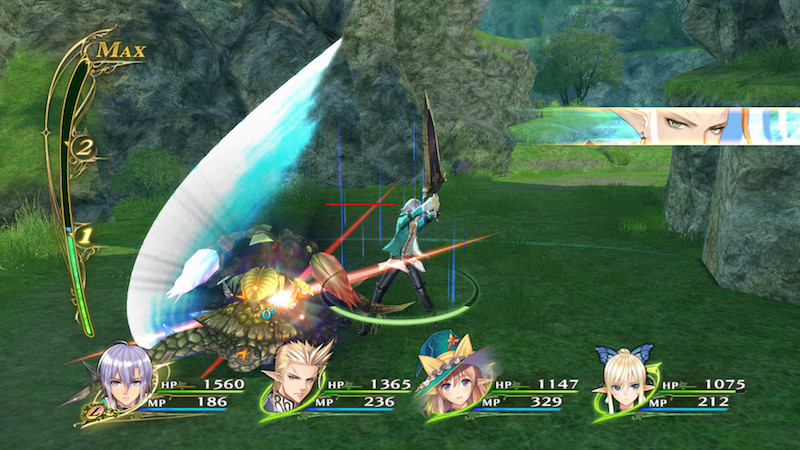 Furthermore, the game’s overall presentation makes its systems such as crafting, combat, and character progression easy to understand and accessible. This is thanks to thoughtfully designed menus and smart presentation. It might not be as slick looking as other games on the market, but you’ll find yourself hard pressed not to understand what’s going on.

Visually, Shining Resonance Refrain looks solid on the PS4 Pro, being sharper and crisper than what it was on its initial release. It’s not a bad remaster by any means, and stands out with its colourful art direction and anime-like character models.

With a middling story and poor pacing, Shining Resonance Refrain isn’t for everyone. Fans of the genre will find its combat and systems entertaining while the game’s support cast is more intriguing than its central character. It’s a flawed entry but those looking for their summer role-playing game fix will find a lot to immerse themselves in.