Shantae Half-Genie Hero Ultimate Edition for Nintendo Switch is developed by WayForward, a studio known for its work on licensed games such as Adventure Time, as well as remakes like Ducktales: Remastered. Like the latter, Shantae Half-Genie Hero Ultimate Edition is also a platformer, though it isn’t as unforgiving as Ducktales.

The Shantae series has been around since the days of the Game Boy Colour in 2002. Shantae Half-Genie Hero was the first in the franchise to be developed for home consoles, and forsakes traditional pixel art for HD graphics. Like past entries, it’s a platformer where you’ll take on the role of a genie called Shantae as you jump and smash your way through a host of colourful levels.

As the name suggests, Shantae Half-Genie Hero Ultimate Edition brings with it a ton of extras such as two expansions — Pirate Queen's Quest and Friends to the End — as well as the game's tougher Hardcore Mode option, and Hero Mode, which gives you all your powers from the outset. Also included are a selection of different character costumes as well as what were previously Kickstarter-backer exclusives. The new costumes, Ninja, Beach, and Officer, each unlock a mini-adventure.

As for game itself, the moment to moment gameplay is slick, with responsive controls and a fantastic sense of movement. Every element, from Shantae’s hair whip to take down enemies, to giant bosses that fill up the screen, is great to look at. This isn’t a game that pushes the Nintendo Switch by any means, but its art style makes it quite the looker in handheld mode and it scales well on bigger screens when played in docked mode. 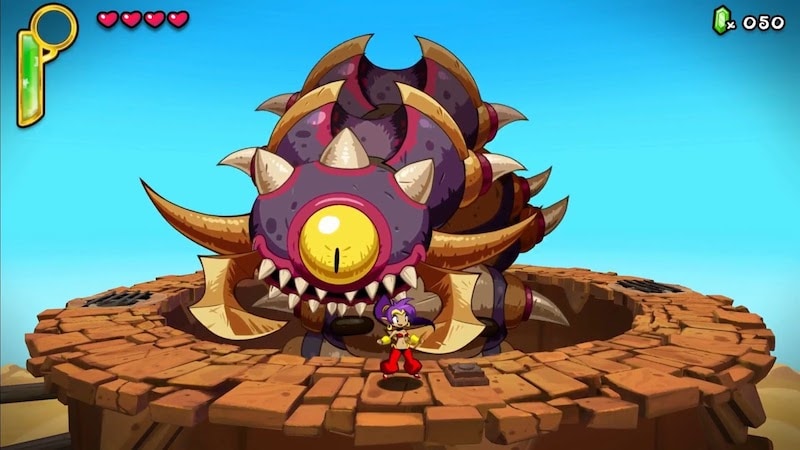 The game also keeps switching things up, but at the same time it manages to stay cohesive. For example, learning how to transform Shantae into a spider, which lets you get to hard to reach areas in a level, results in a character design that while resembling a spider, doesn’t make you feel like you’re playing as something else altogether. You still are Shantae. The same applies to turning into a mouse, crab, elephant, or even a harpy.

These abilities are necessary for progression and have a few upgrades to them such as being able to spew spider venom or climbing waterfalls as a crab. Much like God of War, you’ll revisit previous levels as you gain new powers to open up new areas. Backtracking doesn’t feel tedious thanks to the aforementioned abilities that keep things fresh.

All of this is backed up by upbeat writing that doesn’t take itself too seriously. Be it a villain summoning a monster for merchandising rights, or smashing a counterfeit mermaid ring, it frequently steps into the surreal and it’s all the better for it. A lot of the light-hearted gags seem reminiscent of the early Paper Mario games — before Nintendo sucked the fun out of them - and we really like that.

That said, the extra content doesn’t exactly add much by way of new vistas to discover. Pirate Queen's Quest has you as antagonist Risky Boots while Friends to the End has you as three of Shantae’s allies — Rottytops, Bolo, and Sky. They’re neat additions but you’ll end up retreading the same locales, albeit with some modifications to how you play. The same applies to the Hardcore and Hero Mode too. They’re all welcome additions to the core campaign but aren’t necessary to the experience. Die-hard fans and new comers both do have enough of a reason to bother thanks to the price. 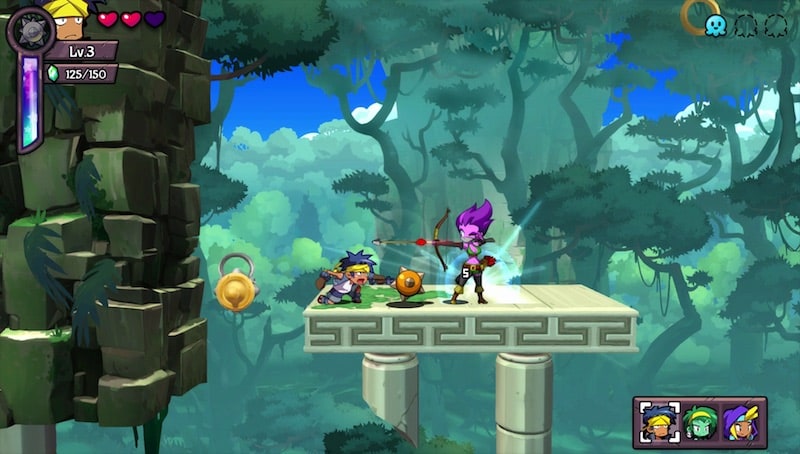 Buying the base game and every piece of DLC is $46 (roughly Rs. 3,100) versus $30 (approximately Rs. 2,020) for Shantae Half-Genie Hero Ultimate Edition, making it a better deal. If you prefer playing it on the Xbox One or PS4, you can get it for less as it retails for Rs. 1,500 on those consoles. That said, the core experience of Shantae Half-Genie Hero Ultimate Edition is strong enough on its own to warrant a purchase thanks to its great production values.

The Nintendo Switch isn’t short of platformers. Aside from the likes of big budget hits like Super Mario Odyssey and Donkey Kong Tropical Freeze, independent releases such as Owlboy and Super Meat Boy are also available on Nintendo’s hybrid console. Thanks to its fantastic art style and solid writing, Shantae Half-Genie Hero Ultimate Edition has enough to make it stand out from the crowd. If you’re looking for a great platformer, it’s well worth considering.