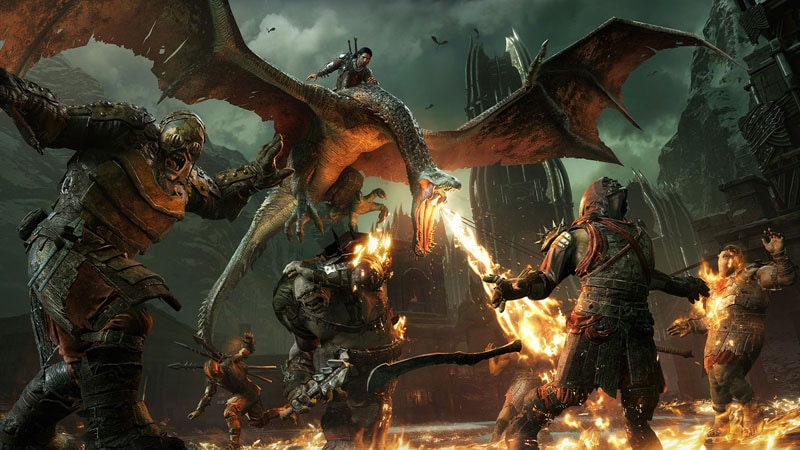 Shadow of War is out for the PC, PS4, and Xbox One. While our review of the game focussed on the PS4 and Xbox One versions, we’ve managed to spend some quality time with Shadow of War on the PC. Published by Warner Bros, the first game - Shadow of Mordor - was a solid affair on PCs, though it was followed by the dismal Batman Arkham Knight. How does Shadow of War fair on PC? We tell you.

Shadow of War’s minimum specifications for PC is on the lower side, demanding video cards that were classified as mid-range back in 2012. The only point of concern is the memory requirement, being all of 6GB. So if you’re still on a stick of 4GB, you’ll need to upgrade before giving Shadow of War a shot.

How to Play Shadow of War Without Micro-Transactions

In terms of the recommended configuration, Shadow of War is surprisingly lax too. An i7 3770 processor released in 2012 while the Nvidia GTX 970 was the undisputed value for money video card from 2015.

Shadow of War download size
There’s some respite for those worried for another Forza 7-styled 100GB download. Shadow of War clocks in around 64.56GB on the Windows Store and Steam. If you want access to 4K cinematics, you’re in for an optional download of around 30GB. The fact that it’s a separate download should make your Internet connection breathe easy if, like most gamers, you are on a 1080p monitor.

Shadow of War PC settings
There’s a lot to look forward to in terms of customising your Shadow of War experience. Developer Monolith Productions has included a host options including standard choices such as shadow quality and anti-aliasing to welcome additions such as Depth of Field which lets you see more of the game world and Dynamic Resolution which automatically switches Shadow of War’s resolution to suit the frame rate you want out of the game.

Speaking of which, you can even cap the game’s frame rate from a cinematic 30 frames per second all the way up to a super fluid 240fps. Downsampling — the ability to render games at a resolution higher than that of your display for better image quality is present as well. Usually, games restrict it to 4K, but in Shadow of War you can go above and beyond 7680x4320 pixels (8K), with 8192x4608 being the highest choice.

Shadow of War PC frame rate and image quality at full-HD and 4K
On our Windows 10 test rig consisting of an i5-3470 at 3.2GHz, 16GB RAM, an Nvidia GTX 1070, and a 500GB SSD Shadow of War was a treat to play. At 1080p (1920x1080) with every detail set to the Ultra option saw an average of around 84fps dropping between 58 and 60fps in more busy situations featuring plenty of enemies, weather effects, and siege warfare that has massive units on screen ranging from giant trolls to dragons.

Even at 1080p Shadow of War on PC looked better than it does on the PS4 Pro thanks to vibrant lighting and sharper environments. Throw the high frame-per-second and 1080p is the sweet spot for those with older machines like ours.

Bumping up the resolution to 4K (3840x2160) saw our frame rate effectively halved to around 38 to 40fps, dipping to as low as 20fps in more hectic scenes. Despite the sharper image quality due to the higher pixel count, the experience wasn’t as fluid as it could be thanks to the drop in frame rate so much so that it impacts gameplay with stringing combos not being as smooth and effortless was at lower resolution settings.

Switching off anti-aliasing at 4K eased things a bit, adding around 5fps more to each scenario though the middle ground for Shadow of War seems to be 2560x1440. Here the frame rate was a steady 60fps with minor drops to the early 50s in the most strenuous situations. Thanks to the perceptibly enhanced visual fidelity at this resolution and mostly 60fps gameplay makes 2560x1440 the sweet spot for Shadow of War.

Shadow of War PC - what’s missing
Despite being a slick experience on PC, Shadow of War lacks a few niceties we’ve come to expect from modern PC games. For one, there’s no FOV (field of view) slider to expand your view of the game world. Secondly, HDR to allow for a larger gamut of colour and detail is limited to the Windows Store version of the game if you’re running an Insider build of Windows 10.

As for the 4K cinematic pack? That’s only on Steam at the moment. We won’t be surprised to see feature parity between both versions of the game on PC sooner rather than later. More so considering most PC gamers prefer getting their games via Steam and Microsoft’s push to make the Windows Store a viable option what with a marketing tie-up with Warner Bros. for Shadow of War.