Here's something you may not have known: prior to returning to its roots making space simulation games with the critically acclaimed Elite: Dangerous, UK-based Frontier Developments was responsible for a host of amusement park management games such as the RollerCoaster Tycoon and the Thrillville series. And while Elite: Dangerous is the company's biggest draw what with an impending Xbox One release, if ScreamRide is any indication, Frontier Developments has not forgotten its expertise in letting you make roller coasters and tear them down.

Created to bolster the Xbox One's waning indie catalogue, ScreamRide lets you engineer devious roller coasters, ride them, and, well, turn them into rubble. Unlike the RollerCoaster Tycoon series, there's absolutely no management of anything whatsoever. It could be best described as a four-in-one set of puzzles to play. 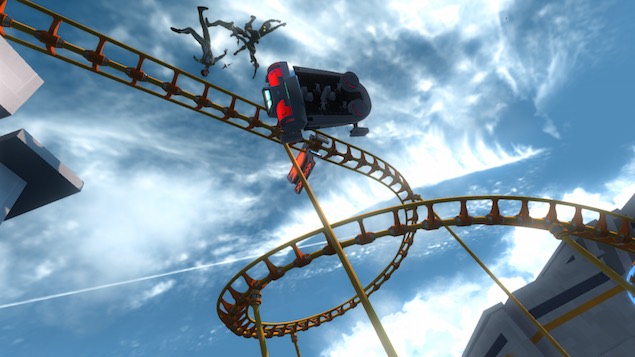 All of these sections are presented in a barebones manner, with the game simply showing you these options. There's very little to no exposition or a grand narrative to tie it all together aside from the fact you are at a roller coaster testing facility. You're guided by an AI voice not too dissimilar to Portal's GLaDOS complete with deadpan humour. With a wealth of puzzles to partake in, the lack of story is welcome, allowing you to focus on the tasks at hand.

And focus you will, riding roller coasters in the game's ScreamRider mode is a blast. You control a roller coaster car barreling down the rails avoiding obstacles along the way and activating bursts of speed while turning in a fashion that doesn't derail your passengers. Before you know it, tracks become death traps if your reflexes aren't up to it. Even then it's fun to see you passengers flail about as they get dislodged from their seats. Throw in responsive controls as well as the highly addictive nature of each ride, and you have what should be the standout mode in ScreamRide. 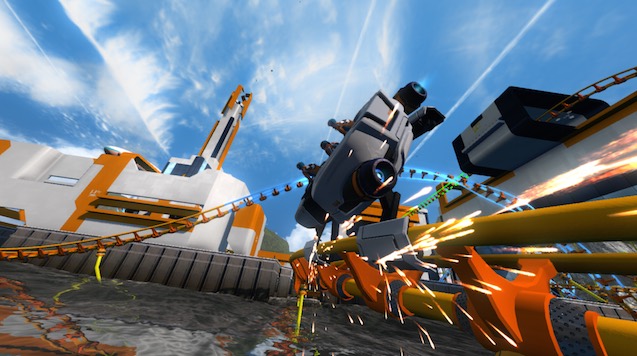 But it isn't. While the ScreamRider mode is a blast to play, it pales in comparison to the game's Demolition Expert mode. Here you destroy structures to make way for amusement parks. Tapping a button flings balls laden with passengers towards these structures and you can use the triggers to control spin. It's quite similar to a game of bowling or Angry Birds if you will, except the devastation on screen is multiplied tenfold as if it were directed by Michael Bay. Hit the right sections and buildings topple over like dominos; it's visceral, fun, and fantastic to watch. Plus it gets better as you progress, unlocking explosives along the way making destruction all the more delightful.

On the other extreme is the game's Engineer mode. Here you build roller coasters with the emphasis on giving their riders the most thrills. From adding steep drops and turns to figuring out the optimum location for adding a loop or two, it's perhaps the most cerebrally taxing section of the game and the least visually appealing. Coupled with the fact that the tutorial for this section isn't as robust as it is for the others and camera angles that deter rather than aid progress, the Engineer mode seem like an afterthought compared to the superbly executed Demolition Expert and ScreamRide modes. 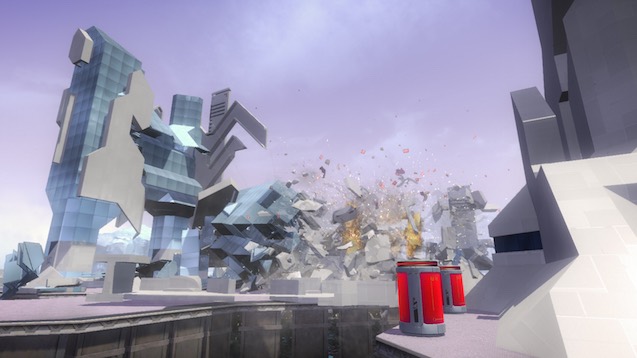 Finally, Sandbox mode has you making and sharing complete levels of roller coaster riding bliss. The tools at your disposal allow you to recreate the entire game should you choose. Having said that, it might be a tad complex without exposure to the other modes. That's because if you've played the other modes, you are more likely to have unlocked components that make Sandbox mode a whole lot easier.

You can also download and play a host of hilarious levels made by the community such as one that lets you demolish a PlayStation 4. The ability to make, share and play user-created levels will have you playing ScreamRide longer than you should. It more than makes up for the absence of any real-time multiplayer mode. The game only has leaderboards that let you compare your performance with friends'. 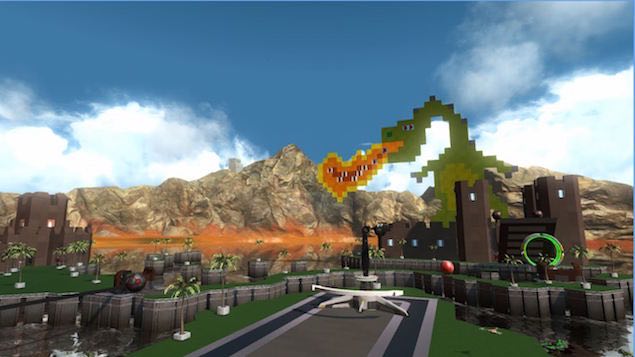 With a host of game modes, some of which are more addictive than others and slick controls for most part, ScreamRide is a fun bundle of gaming goodness. Until the bigger games hit the Xbox One, rest assured this is more than enough to keep you suitably entertained.

We played a review code of ScreamRide on the Xbox One. The game is available digitally via the Xbox Store for the Xbox One and Xbox 360 for Rs. 2,930.