In video games, death is a setback that can be quite punitive and frequent. Games such as Bloodborne and Dark Souls glory in this, making you replay large chunks over and over, until you get things just right. But if thought you those games are gruelling and stressful, they are nothing compared to the anguish the Recore's endlessly-long loading screens cause each time you die. This release from the minds behind Mega Man Legends and Metroid Prime suffers from a number of issues and this is just one of many. But before we get into them, let's answer what is Recore?

It’s a third-person game that melds platforming, exploration, and combat in interesting ways, reminiscent of the likes of Ratchet & Clank, and Metroid. Set on a planet named Eden Prime, you’re Joule Adams - the seemingly lone human along with her robot canine companion Mack - as you set out to find your father on this desolate stretch of caverns and sand teeming with hostile rogue bots.

(Also see: Bloodborne Review: Death is Only the Beginning)

You’ll traverse vast, sprawling levels, gun down a host of enemies, and if you’re alert enough you can simply drop them with a tug of the analogue stick by removing their heart - or core as the game calls it - not too dissimilar to the PS3 cult classic Folklore. Progression rewards you with friendly robots to aid you on your quest as well as ways to customise your existing bots.

While it might sound simple enough, there’s a surprising amount of depth to the gameplay, forcing you to match the colour of your attacks to that of your foes for maximum damage, ordering your companions to assist as needed, and dodging enemies that attack from all angles. More often than not, you’ll find the action reaching a grinding halt, what with the frame rate being suboptimal. It’s not as fluid as it could be, and the horribly visible slow down does lend a hand to many a “game over" screen. Needless to say, you will die. Often. 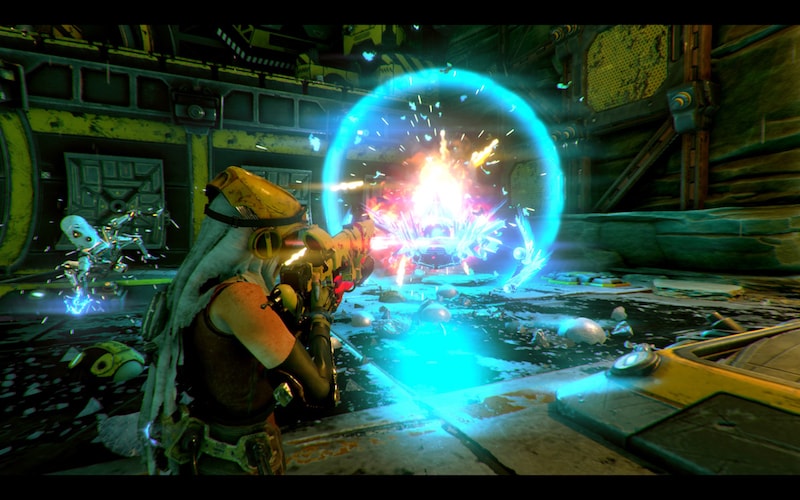 The game retains your items and progress when your character dies but waiting to get back in game is a test of patience. You could easily make a cup of tea or a sandwich while you wait for Recore to let you restart. Loading screens are its biggest pain point, given how often you'll be seeing them. Did we mention you will die often?

And there’s more, while Recore’s strong art direction and slick-looking character and environmental designs allows it to standout, it’s let down by some visual inconsistencies. The game world, while expansive, is plagued by aliasing resulting in jagged edges galore that do little to aid immersion. There’s a fair amount of pop-in as well, and ever so often we’d notice towers and platforms appear out of nowhere as we’d move forward. Combined with the aforementioned lengthy load times and poor frame rate, and you have an experience that’s nowhere close to passable, at least on the Xbox One. 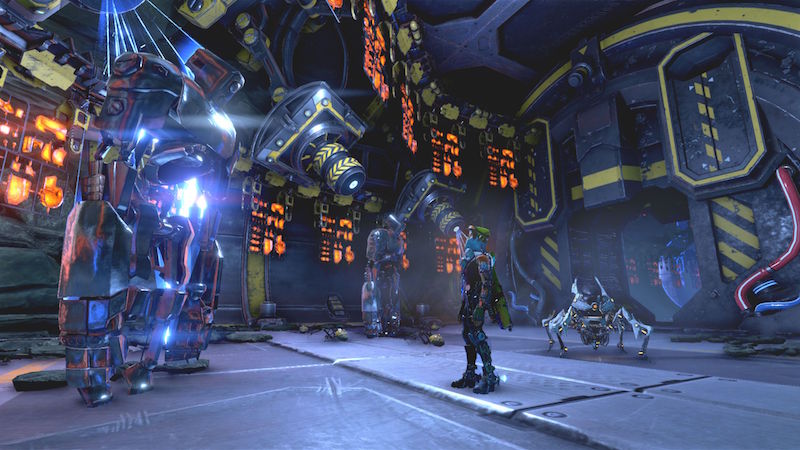 Hopefully a patch alleviates these concerns, but as it stands the game is nowhere close to what you should expect. Recore fares a bit better on a Windows 10 PC providing a smoother, more consistent frame rate.

However, if you manage to look past these issues, you’re treated to an experience that’s near sublime. Jumping from one platform to the next is done with pixel perfect controls, exploring winding caverns is a joy, and combat is a treat. While traversal and exploration work as they should, the meat and potatoes of the game is squaring off against hordes of opponents and that’s where it suffers. It doesn’t help matters that while the progression and level design is for most part consistent and solid, you’ll find yourself revisiting older areas and undertaking a plethora of side-quests to get to the end. This results in a sense of padding that’s artificial - effectively doubling its length unnecessarily. 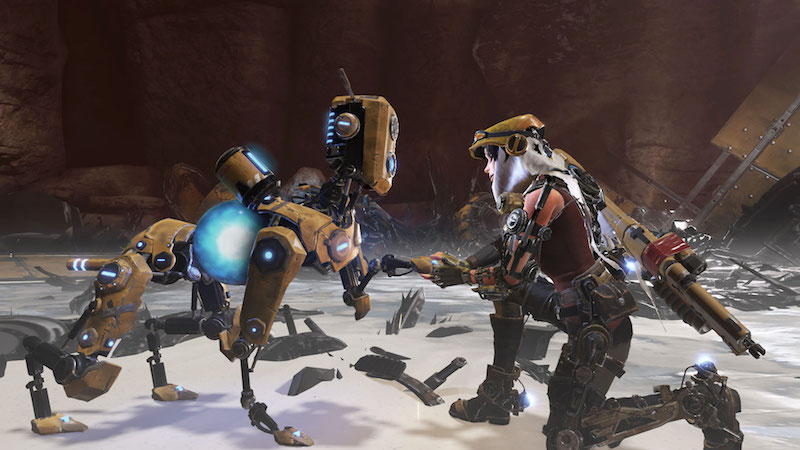 Nonetheless, persist and you’ll bear witness to a sound narrative pay-off, a rarity in the world of gaming these days. Recore’s story isn’t particularly original, but it’s paced well enough to keep you playing, and in our case, power through its more glaring problems. As it stands, Recore is a flawed, albeit fun, game that could have benefitted by a longer development cycle. You could do worse, you could do better, and for now with Recore the overall experience is rather middling.

product Recore is the first of the season's many Xbox One and Windows 10 exclusives, but is it any good? We review. 3 out of 5 stars