Pokemon Quest takes place on Tumblecube Island where you’re tasked with exploring its many locations filled with different kinds of Pokemon. You start off by choosing one of five Pokemon. These include three of the original starting choices from the first game — Squirtle, Bulbasaur, and Charmander — as well as fan favourites Pikachu and Eevee.

Thereafter, you’ll set up a base camp which serves as a hub of sorts from which you take on various expeditions across Tumblecube. It’s here that you find yourself befriending many of the Pokemon in Pokemon Quest.

You see, unlike other games in the franchise that have you capturing Pokemon with a Poke Ball, Pokemon Quest has you cooking an assortment of dishes to attract the Pokemon to your location. To make these meals you have a set of ingredients at your disposal that you can find more of as you explore Tumblecube. 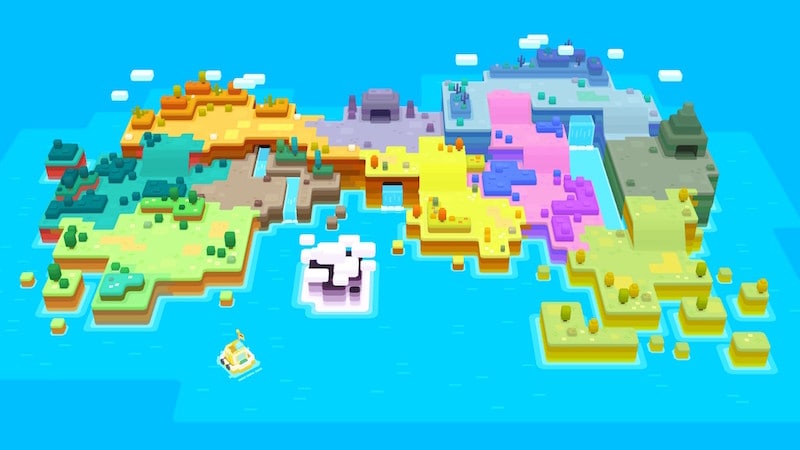 It's pretty straightforward — blue colour ingredients help you attract water Pokemon, yellow for electric Pokemon, red for fire-based Pokemon, and so forth. If you want an even easier time, you can simply hit the auto select button that lets the game decide what you should be cooking.

Befriending a Pokemon has two functions — first, it lets you bolster your squad of existing Pokemon giving you more firepower in battles, and second, they serve as a means to have you level up your roster. What this means is, if you want your existing Pokemon to learn new skills or level up without fighting, you can use another supporting Pokemon from your roster to teach it abilities or spar with it to help it level up. The downside to this is the supporting Pokemon leaves your party permanently.

This is coupled with a timer that rations out the number of Pokemon you can summon to your base camp. Dishes are cooked and ready when you finish a set number of expeditions. You can fast track this by paying the game’s in-game currency (PM Tickets) to ease the wait. The restrictions on cooking combined with the fact that the supporting Pokemon leave your party will need you to think strategically in the early stages, more so than other Pokemon games.

Aside from this, you can decorate your base camp with a host of items that have different uses. From increasing the number of ingredients you earn during an expedition to helping your Pokemon level up faster, they’re useful additions that give another dimension to the proceedings. You can buy them with PM Tickets or you can earn them as you play. 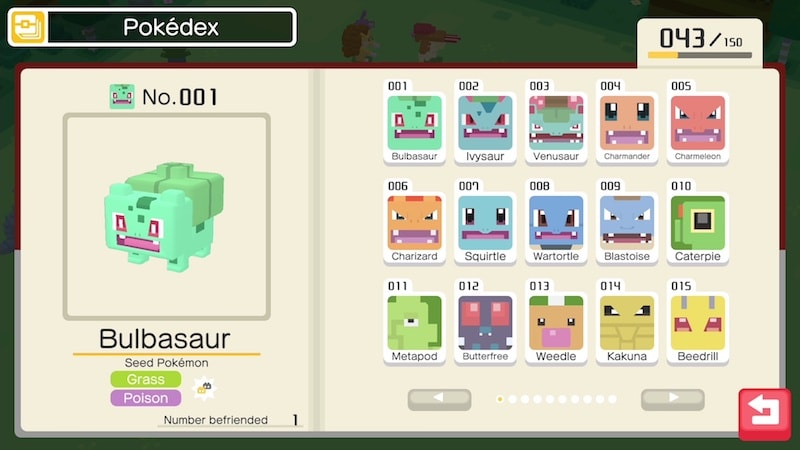 As for PM Tickets themselves, you earn them daily for playing the game as well as completing a host of tasks and challenges such as putting up decorations at your base or cooking a set number of dishes. Despite being the game’s only currency, you can’t buy it standalone. Instead you’ll need to purchase Pokemon Quest downloadable packs that include PM Tickets and a Poke Ball that increases the number of PM Tickets you earn each day.

As you can tell, base management is a large part of Pokemon Quest but it’s not the only thing you’ll be doing. In order to explore Tumblecube, you’ll take on expeditions. These have you clearing out waves of enemy Pokemon in various locales with your squad of Pokemon. Though you don’t get to have complete control over your party, you can decide when they use their special abilities by tapping the screen, or a button if you’re using the Nintendo Switch Joy-Con or the Pro Controller. Each area ends with a boss fight, usually against an evolved version of the Pokemon you squared off against, such as a Poliwrath in a location teeming with Poliwags.

Although you have some control in these sections, the outcome essentially depends on the attack strength of your team. This is determined by the overall level of your Pokemon as well as the stones they’re equipped with. These bolster your Pokemon’s defence, attack, and even allow you to use special abilities frequently. Along with the aforementioned ingredients, stones are earned as you complete expeditions. Fail an expedition and you have the option to collect the loot by paying PM Tickets. 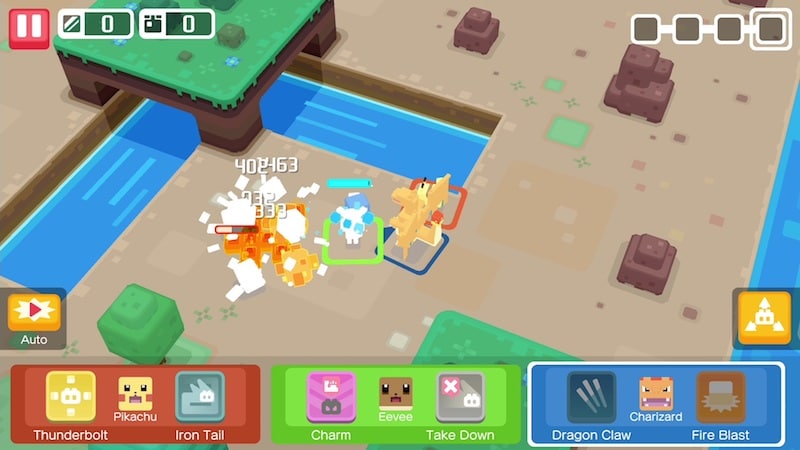 Pokemon Quest’s entire game loop of base management, light combat, collecting and levelling up Pokemon makes it an entertaining experience. The Minecraft-inspired voxel art style gives it a fresh feel compared to past entries.

However, it’s not without some issues. While it looks great in handheld and docked mode, the user interface is decidedly stuck in mobile territory, which is painful if you prefer using the Joy-Con or the Nintendo Switch Pro Controller. Simple actions like equipping stones or making food has you tapping the button to make your choice and then holding it while you drag it to the part of the menu it needs to go to with the left analogue stick. It feels unintuitive and cumbersome, making the use of the Nintendo Switch’s touchscreen the only way to play the game in handheld mode, while relegating the dock mode to a second class citizen.

Also, it forsakes any kind of story or antagonist. So if you were expecting the likes of Team Rocket from past games or expanded lore ala Pokemon Sun and Moon, you’ll get little of this here. The focus is purely on its game mechanics and little else. Pokemon Quest also doesn’t have the same sense of epic adventure and feels pared down in terms of its feature set compared to the past games in the series. Given the nature of Nintendo’s other free-to-play titles like Fire Emblem Echoes, we won’t be surprised to see more events, lore, and challenges added in time. Unlike those games, however, you don’t have to be online to play Pokemon Quest, as confirmed by The Pokemon Company. This checks out as we were able to play Pokemon Quest with the airplane mode on and faced no issues at all.

So if you’re looking for a brand new Pokemon game to play until Pokemon Let’s Go Pikachu and Let’s Go Eevee are out, Pokemon Quest is a welcome distraction. It’s not a fully-fledged, feature-complete entry in the series, but it does enough to warrant your attention, even if for a little while.

product Pokemon Quest on the Nintendo Switch is out now and due soon for Android and iOS, is it worth a download? Find out in our Pokemon Quest review. 3.5 out of 5 stars