This trilogy follows the escapades of lawyer Phoenix Wright as he tries to defend his clients in court. From representing a magician accused of murder to discovering the real killer of a popular TV show villain, each episode is a treat to play through.

Despite it being nearly fifteen years since the release of the first Phoenix Wright game outside of Japan, the trilogy is as relevant as it were the first time around. The stories and dialogue of all three games hold up well thanks to over-the-top colourful characters, pun-laden writing, and cultural references that are still current.

Playing through the Phoenix Wright: Ace Attorney Trilogy has you visiting the scene of the crime, gathering clues, speaking to witnesses, and presenting evidence in court.There's a hint of the supernatural with the second and third games' Psyche-Lock, a mechanic that shows a witness is consciously or subconsciously hiding crucial information, with the number of locks indicating how deep the secret is. 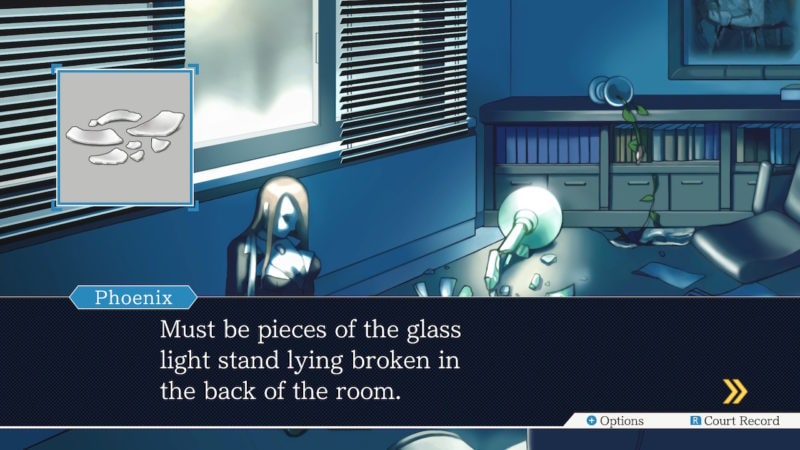 You can break these by offering select pieces of evidence that prove something is amiss. When all locks are broken, new details are accessible. Much like its writing, the gameplay, too, still feels solid.

While the essential elements of Phoenix Wright: Ace Attorney Trilogy are in place, it's lacking in other areas. For one, unlike other visual novels, there's no conversation log. Which means is if you miss a sliver of dialogue or an important detail, you'll find yourself at a disadvantage in the courtroom while defending your clients. It's disappointing that this feature is missing, more so when games in the series following the original trilogy had it.

Furthermore, we wish there was more it visually. The Phoenix Wright: Ace Attorney Trilogy looks clean and sharp on the PS4 on a big screen and scales well even on the Nintendo Switch in handheld mode. If you played these games when they released, they'll be exactly as you remembered them. Although this will be enough for many, one has to wonder how much better it could be if it had some graphical flourishes that took take advantage of the added processing power of the new-age consoles. 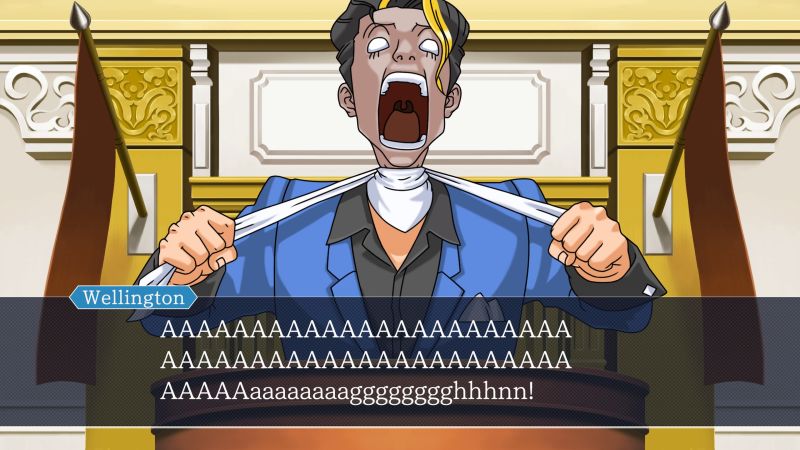 Finally, there's nothing in the way of extras either. Unlike the Street Fighter 30th Anniversary Collection from Capcom, there are no concept art or design documents to feast your eyes upon. This makes Phoenix Wright: Ace Attorney Trilogy a threadbare re-release of some of the more quirkier, interesting games ever made.