After spending several hours with the new PES 2019 demo, we realised that the gameplay problems we noted were reminiscent of the early experience with its predecessor PES 2018. The PES series has been characterised by a lack of a cover defence mechanic, the absence of a more powerful ground pass, and a less-than-ideal field size; all of which contribute towards a high possession turnover rate as defending is a lot easier than it ought to be.

That should lead to a football game where goals are hard to come by, but that’s been far from the case with Konami’s Pro Evolution Soccer franchise in recent years. Thanks to majestic long balls and utopian crosses even when delivered with the first touch of the ball – some of which is retained in PES 2019 demo as well – and an AI that hasn't been as equipped in tracking attacking runs, PES matches have routinely been goal-fests, be it versus computer or against other players online. But a series of changes and improvements in PES 2019 demo has turned that on its head, where the majority of matches we played ended up being goalless draws.

Sure, some of that is down to the restricted match time available in game demos – in this case, matches are limited to 5 minutes in total. But there are bigger factors at play here. For starters, a few new factors now impact shooting, which isn’t as flawlessly accurate as in previous editions. In the past, we've seen Konami give into an arcade-y feel even as rival EA went for realism in all aspects, attaining its zenith with FIFA 17. PES 2019 demo shows the former is interested in changing that perception. You can’t just blindly hit the button and expect to score, with even one-on-ones involving the likes of Messi or Griezmann liable to being wasted if you're not careful.

PES 2019 demo also brings a heavy penalty for first-touch passes, especially if the player is not facing the receiver. (You can always tweak the pass support setting in the game – there continue to be four different levels, from the toughest ‘Off’ to the easiest ‘Level 3’ – to offset some of the error in passing, but since PES also allows players to determine what kind of users they are matched against online, you might find yourself with a potential lack of opponents when finding games online.) And with Konami sticking with only one passing speed, unlike EA which introduced driven passes and through balls two years ago, this further contributes to attacks breaking up on their own or being cut down.

Beyond that, the AI in PES 2019 demo seems to do a better job of not only positioning itself off the ball but also tracking runs being made by opponents not on the ball. Where attackers easily left their markers in PES 2018 and scored off lofted through balls and swerving crosses with ease, things weren’t as straightforward in the time we spent with the PES 2019 demo. Here, goals are the result of tiny reactionary lapses or half-a-second quicker judgements, with attacking moves also benefiting from the ease of making tackles.

More than once – both versus-AI and online – in the PES 2019 demo, we crafted goals out of stealing the ball off a defender with an attacker, even at times from the side or behind. That would almost never happen in FIFA, where player strength, tackling ability, and advanced jockeying are big factors in tackling. Attempting to tackle a defender with an attacker usually results in a foul in FIFA, and the few times they do get it right, the ball rolls off a few extra metres and into the path of another defender, as tends to be the case in real life.

Gameplay changes aside, Konami has introduced quick substitutions to PES 2019, a year after EA Sports brought them to FIFA 18. It works differently though: while EA makes its own suggestion during every pause of play, Konami gives you quick access to the entire line-up, starting from the front which makes sense since attackers tend to tire more. You can browse through a carousel of players with an indication of their stamina levels next to the player icon, press a button to select them and then browse through a second row of recommended substitutes to pick their replacement. But like with FIFA, only one quick substitution can be made at a time. 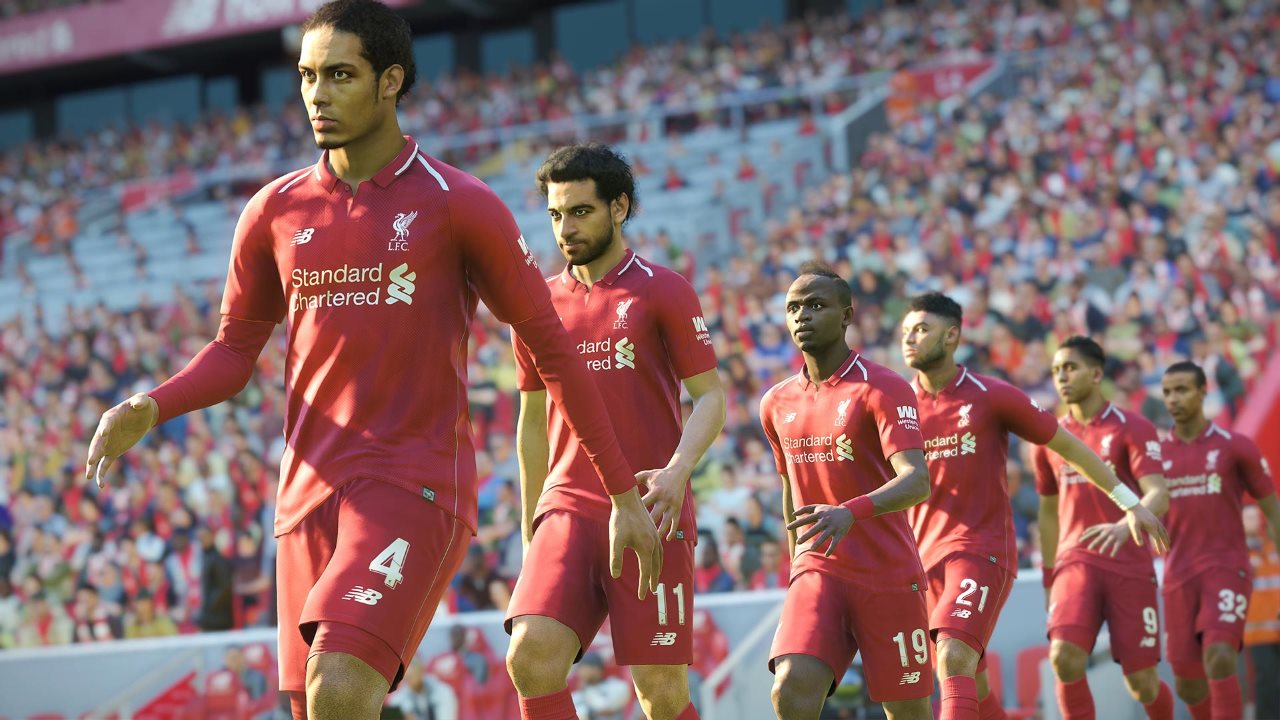 Konami is still using the Fox Engine it introduced now five years ago (with PES 2014), and there’s no visible jump in fidelity in PES 2019 demo. In fact, it all feels over-sharpened at times (this being at 1080p), especially the football pitch from a wide-cam perspective. Konami is also touting the availability of 4K HDR with PES 2019, and though we tried the demo on PS4 Pro as well – curiously, it had the same download size as on PS4 – there was no toggle for 4K and hence no easy way to tell if the output was actually 4K, given the game’s level of detail and clarity is super-high in general.

A total of three game modes are available in the PES 2019 demo: Quick Match (online), Exhibition, and Co-op (both local). With the former, it took us about five minutes to be matched with a player during the early hours of Wednesday after the demo launch – it doesn't tell you how many players are online at any given time, so you can't tell whether it's because no one is playing or if it's the match-making net code – but the wait time dropped down to a minute or two a few hours later, likely owing to more users signing on as the day went by.

Demos are always only an indicator of what the game will look like; Konami could tweak any number of factors before its full release towards the end of August. PES 2019 demo shows the franchise leaning back towards realism, but it’s not equipped with all the right tools as it makes those steps. Still, we are really looking forward to seeing how the other aspects of the game – those not available in the demo – stack up.

Further reading: PES 2019, Konami
Akhil Arora Email Akhil Akhil Arora covers entertainment for Gadgets 360, interviewing stars such as Christian Bale and Anurag Kashyap, covering series premieres, product and service launches across the globe, and looking at American blockbusters and Indian dramas from a global socio-political and feminist perspective. As a Rotten Tomatoes-certified film critic, Akhil has reviewed over 150 movies and TV shows in over half a decade at Gadgets 360. When he is not completely caught up with new film and TV releases, Akhil ...More
Hindu Temple, Auto Rickshaw Among 61 New Emojis Shortlisted for 2019 Release
DigiLocker Documents Must Be Accepted by Traffic Police for Driving Licence, Vehicle Registration: Ministry of Road Transport

product PES 2019 demo is available for download now on PC, PS4, and Xbox One. We spent some time with Konami's latest football offering, and here's our review.