PES 2018 doesn't release for another month or so, but Konami is giving players a sneak peek into the new iteration thanks to an online beta that's now available for free (without the need to pre-order) on the PS4 and Xbox One. The reason it's being called a "beta" by Konami is because it's meant to test the online component of PES 2018 - a traditional "demo" of the game will be available closer to launch.

Nevertheless, the PES 2018 beta is an indicator of what we can expect from the game upon its release in September. The PES beta started on July 20, and having spent some time with it, we came away with the feeling that Konami seems to have created a game that stands at odds with the improvements it’s trying to make.

On paper, PES 2018 comes touting two new gameplay features: Strategic Dribbling, and Real Touch+. The former is supposed to help players control possession, and mix it with features such as "contextual shielding" to protect the ball. But in practice, tackles are still way too easy for the most part, and the inability of AI players to locate space to run into - something FIFA 17 has gotten quite good at - means it's tough to play the tiki-taka style.

Real Touch+, on the other hand, is meant to make players use every part of their bodies to control the ball. But that wasn't the case in our experience with the PES 2018 beta, with the ball bouncing off players as if they were made out of rock. It could be forgiven if these players were from the lower leagues, but the beta gives you access to the world's top talent with the Brazilian and French national teams.

EA Sports has steadily improved how players in its FIFA franchise move, from the initial burst of acceleration to the momentum change during quick turns. Player movement in PES 2018 lacks the same fluidity. Combine that with the over-hectic pace of the game, the small pitch size, and possession changes are more frequent than they ought to be. It's been clear for a while that Konami prefers an arcade-style, high-octane experience - that explains the lack of a temporary stamina bar, and the outrageous ball curls generated by even right-backs - but it has pushed away any alternative ways of playing football. 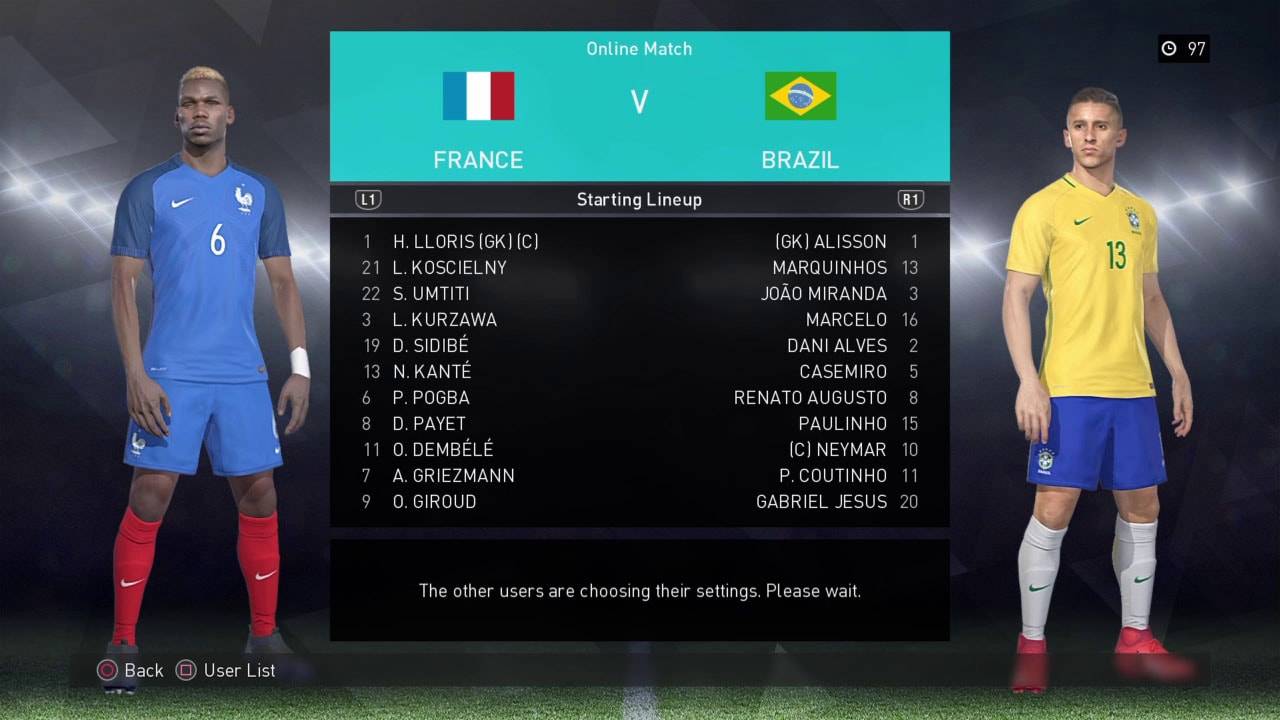 Ultimately, Konami's engine feels half a generation behind what EA Sports has been doing with FIFA. For some years in between, it was Konami that was pioneering new controls, styles of play, and gameplay elements with PES, but it's now evident that FIFA has crafted a better game overall.

All these problems are before we've played a single minute of FIFA 18, which could turn out to be better than PES 2018 even if it doesn't change a thing its the previous iteration. And given what the EA trailers have promised us (though they should always be taken with a pinch of salt), Konami has its work cut out if it has any ambition of dethroning FIFA this year.

The important part of any game - much more so for a beta that's online-only - is how the matchmaking system works. PES 2018 beta has only two modes to offer: Online Co-op and Quick Match. In the former, you can choose to play 3v3 and 3vCOM, with support for local guests.

From our experience on day 1 (July 20), finding matches in 3v3 Online Co-op mode took close to five minutes. Moreover, even when it does find players to match you with, the online connection seems to reset at times, beginning the search all over again. It can be frustrating, but it's what you have to deal with when you willingly sign up for a beta experience. It is possible, of course, that things will be better a month down the line when PES 2018 actually releases - at least in terms of matchmaking.

Matchmaking is much better in Quick Match since it only needs to find one more player to start a game. And if you do decide to cancel, given that long wait, it doesn't seem to register, and can take multiple tries and ages to go through.

Affiliate links may be automatically generated - see our ethics statement for details.
product Konami's annual franchise doesn’t come out until September 12, but PES 2018 has a beta in the meantime.
Comments

Further reading: PES 2018, Konami
Akhil Arora Email Akhil Akhil identifies himself as a stickler for detail and accuracy, and strongly believes that robots will one day take over most human jobs. In his free time, you will find Akhil beating the computer at EA Sports FIFA or streaming new highly-rated TV series. More
Jio Phone Is Here and It's 'Free', Reliance Jio vs. Airtel, Galaxy Note 8 Launch Date, and More: Your 360 Daily
WhatsApp Looking for Professional to Lead Its Monetisation Efforts