And while bringing the series' sensibilities to a rhythm game may seem like a bit of stretch for some, this isn't the first time series creator Atlus has taken this approach. 2015's Persona 4: Dancing All Night was the first attempt at bringing Persona to the rhythm genre and it was met with decent success. How does the duo of Persona 3: Dancing in Moonlight and Persona 5: Dancing in Starlight hold up? We tell you.

Now, you're probably wondering why we're not reviewing Persona 3: Dancing in Moonlight and Persona 5: Dancing in Starlight separately seeing that they are two different titles. That's because they share a host of commonalities. The story and gameplay mechanics are identical across both games despite the characters and music being different. You find yourself in the Velvet Room, a familiar location from the main games existing between consciousness and subconsciousness and for reasons quite nonsensical, you literally have to dance the night away. 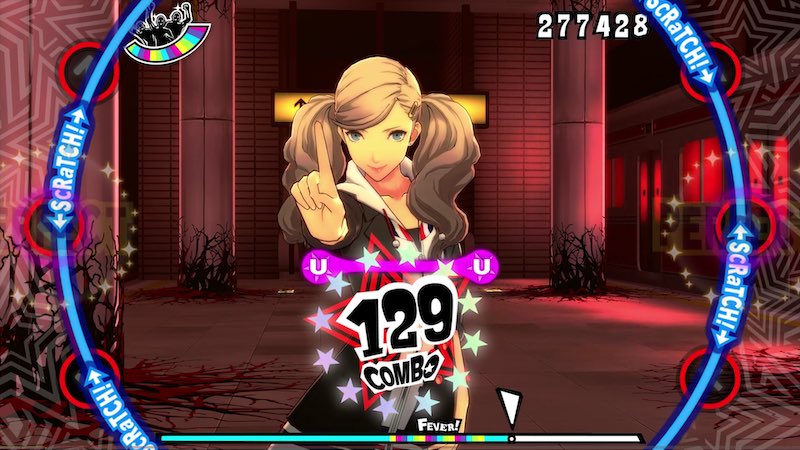 The controls are simple enough. Tap or hold the right button at the right time to execute the perfect move and rotate the analogue stick when needed for bonus points. If it sounds familiar it's because it's the same scheme as Persona 4: Dancing All Night. There is one minor addition with a new Double Note control which, as the name suggests, has you double tapping the same button in quick succession to pull off a dance move. You can play them using the PS Vita's touchscreen as well and we found that to be the best way to play the games.

Both titles felt responsive and fun to control using the PS Vita's touchscreen, making us wonder what could be possible if Atlus decided to bring the games to portable devices with exponentially better hardware like the 2018 iPad Pro.

Furthermore, the music selection across both games is excellent. From their classic main theme tracks to remixes of old favourites, there's enough for fans to revel in. And for most part, it sounds excellent. The track selection is a treat, particularly if you've soaked in a hundred odd hours in the main games like we have.

In fact, the music in Persona 3: Dancing in Moonlight and Persona 5: Dancing in Starlight is its greatest strength and in a way, its biggest weakness too. While Persona veterans' ears would tingle at the sound of 'Burn My Dread' or 'Rivers in the Desert' they mean very little to those who haven't played the games, making this duo for hardcore fans and little else. 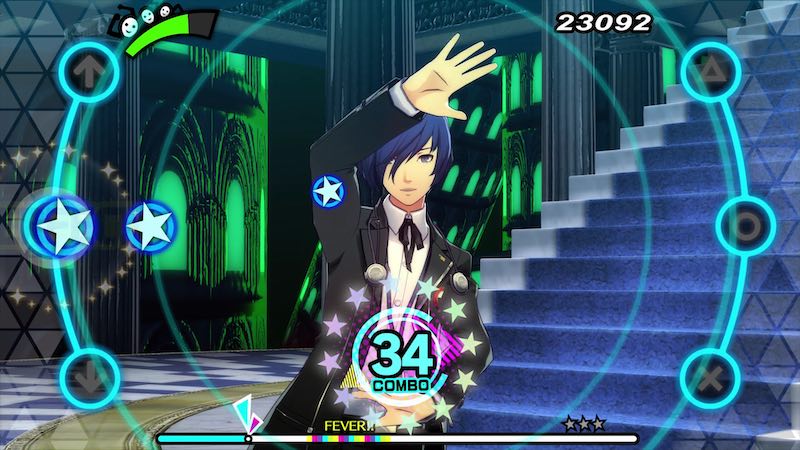 That said, we wish the same attention to detail to its music was given to the games' plot. Unlike Persona 4: Dancing All Night, there's no overarching narrative to tie the events together. In fact, the reasons for the heroes of Persona 3 and Persona 5 dancing are flimsy at best. There's little in the way of character development or grand events that the main games were known for. So much so that morsels of story are cordoned off and drip fed in the games' Social menu. They unlock as you keep dancing.

In fact, you can go through either title without experiencing a story at all. This makes us wonder why they made it optional to begin with considering that the plot was integral to Persona 4: Dancing All Night, and one of the major reasons for anyone to play a Persona game to begin with.

So should you bother with Persona 3: Dancing in Moonlight and Persona 5: Dancing in Starlight? Well, if you've played Persona 3 and Persona 5 and are aching for more Persona outside of the anime and Nintendo 3DS spin-offs, they're worth the purchase for the music selection alone. If you've only played the exceedingly popular Persona 4: Golden, an expanded port of Persona 4 for the PS Vita, you're better off checking out Persona 4: Dancing All Night instead. For everyone else though, we'd suggest dipping your toes into the weird and wonderful world of PS Vita rhythm games with the likes of Superbeat Xonic or Hatsune Miku first.