The opening few minutes of Obduction, a new puzzle-adventure game from the makers of Myst, are essentially a lie for all intents and purposes. A deep, crackling female voice narrates the events unfolding in front of your eyes, adding background and depth to the stunning night-time visuals – it seems like an eerie version of Firewatch – including unceasing lightning and an alien object that freezes you in your position, while dissolving the world before you into out-of-focus fireflies.

It’s an enchanting moment, one that serves as the perfect hook for a game that’s all about mysterious happenings. But nine hours into Obduction as we hit another roadblock while figuring the way back, the memories of that voice have faded into oblivion. It doesn’t happen all of a sudden though, but a gradual drop-off that reinforces the alienating and lonely nature of Cyan’s latest puzzle outing - if you were hoping for something like Firewatch meets sci-fi, you’ll need to look elsewhere.

The developer’s most famous piece of art remains one of its first games, Myst, whose ethos and principles have largely defined every puzzle game the studio has created in the two decades since then, for better or for worse. Obduction is very much a part of that school, even though its stunning visuals belie its old manner of doing things: as a classic puzzle game. You can choose between two types of navigation at the start of Obduction – the default Free Roam lets you use WASD navigation and walk/sprint control, or you can opt for Point & Click option, to replicate the feeling of playing the original Myst.

Post its three-minute prologue involving your abduction by the alien object, your journey in Obduction begins on a place called Hunrath. While the ground you walk on seems Earth-like, you can see purple surfaces, floating rocks and the outline of other planets in the distance. Talking holograms emerge out of obtuse double-coned crystals all over the deserted town, offering titbits about the history and functions of different locations. 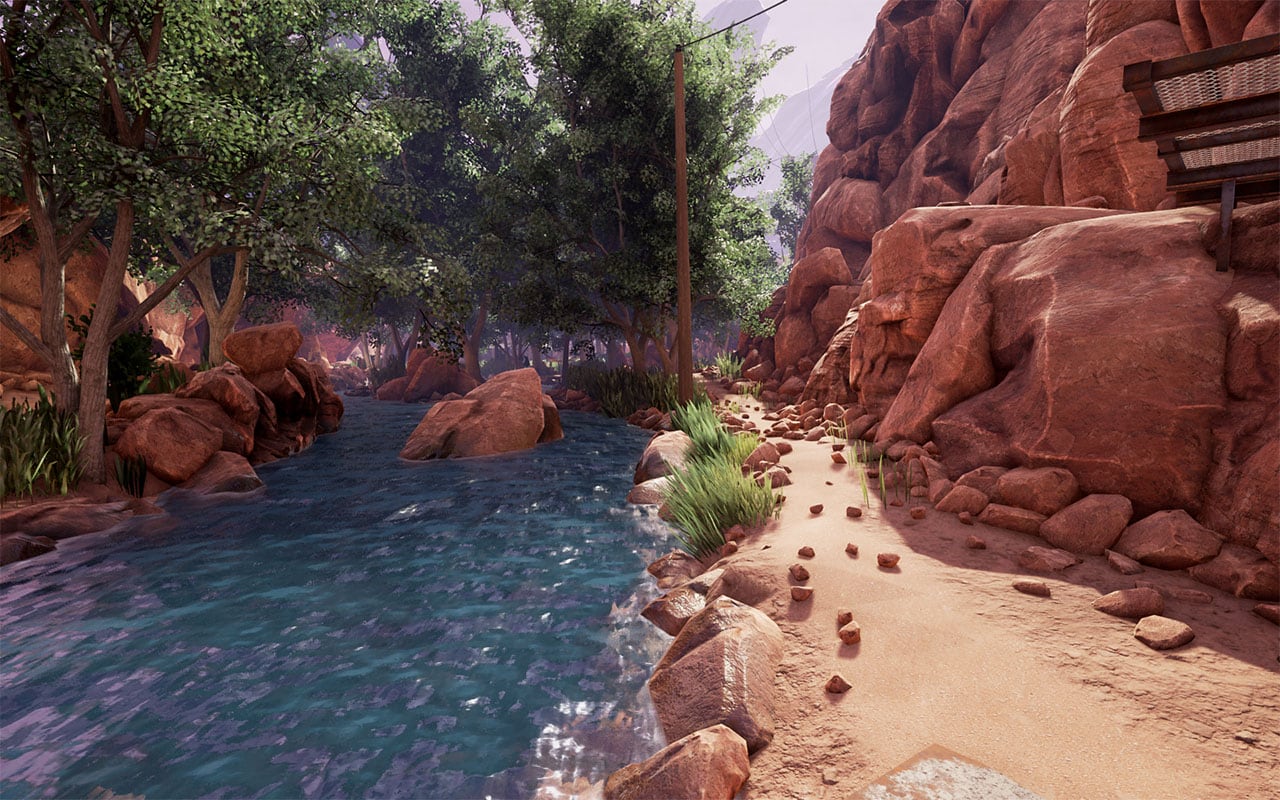 There’s talk about preparing for a battle, but there are no signs that point to a struggle. To make things even weirder, you can’t actually access the alien purple area, leaving you in an enclosure of sorts. It’s only when you dig deeper that Obduction reveals Hunrath’s past as a suburban Arizona mining town in 1903, scooped and transported over to a foreign land, displaced in space and time and kept enclosed in a dome that at first sounds a bit influenced by Stephen King’s novel Under the Dome.

Only, the way out isn’t as improbable as it may initially appear, which can frankly be said of many puzzles in the game. Obduction is influenced by its elder brother Myst in more ways than one: quite a chunk of information is conveyed via sheets of paper (thereby pushing the voice-led beginnings even further), and it’s made up of three inter-connected worlds that contribute to overall complexity.

In Obduction, getting to explore a new world is exhilarating. The quality of visuals is top-notch, and each place – despite devoid of any living being – pulls you in the moment you lay eyes on it. Cyan has never liked to prod its players, and if you keep the hint system off (located in the game’s settings), the onus is on you to make sense of your environment. As you try to find things to tinker with – it could be a lever, wheel, valve, pulley system, a projector, an object with a clue underneath or even a license plate – in a bid to change your situation, you will be left perplexed. Over and over.

The game’s insistence on not giving any directions via dialogues, musical, or visual cues until you make the right move can be both frustrating (more so when you have spent half an hour just running back and forth from one place to another) and rewarding – because when you do figure it out, the sense of accomplishment is all the more special knowing it’s been all your effort. 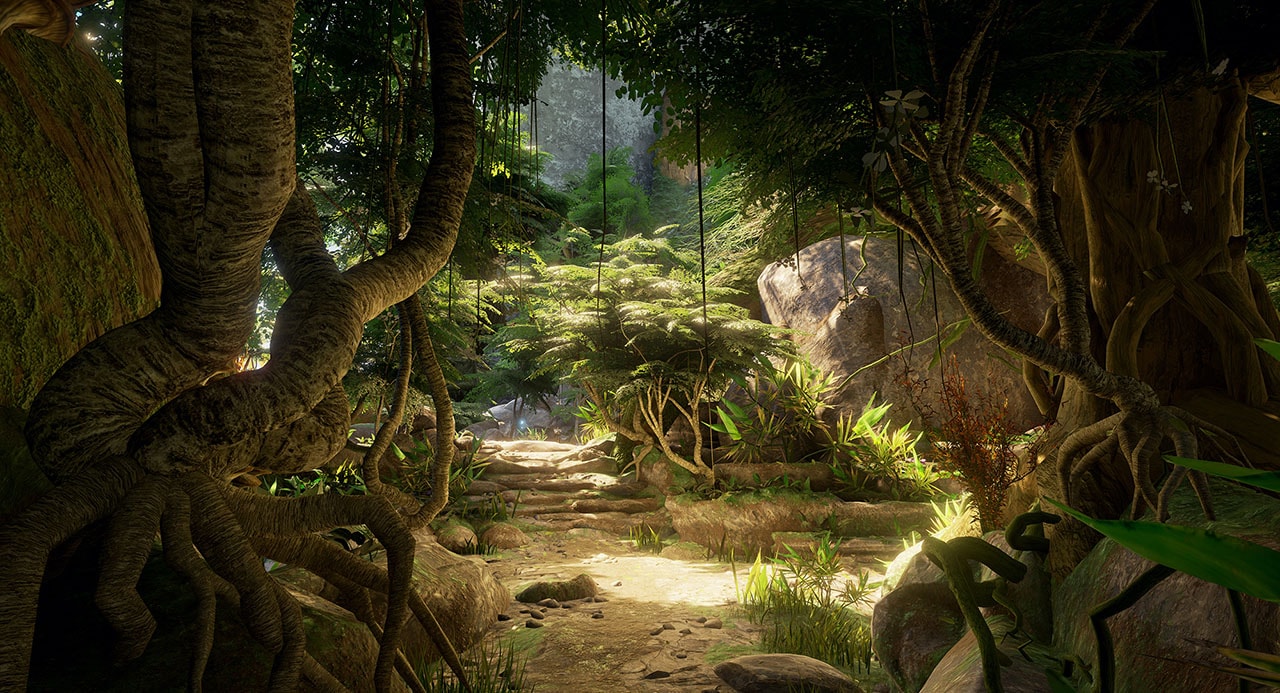 In that sense, Cyan’s latest effort feels like another puzzle game that released earlier this year, in Jonathan Blow’s The Witness. But while the latter was driven purely by logic and finding the pattern in the surroundings, Obduction is all about finding something amiss in your environment. Put another way, the solution is hidden in plain sight.

Obduction is definitely not a game for everyone – we regularly gave up before starting with a fresh mind – but those who do take the plunge will find a game that, despite its outwardly confounding appearance, has a modicum of logic to it. And once you come to appreciate the gears that make it work as you return to its many worlds over time, you’ll find the common thread that connects puzzles that once looked random and unsolvable.

Unsolvable moments are far too common with Obduction, and hence it’s best that whenever the game makes you want to bang your head against the wall, put it aside for the day. If there’s one trap the game falls in, it’s the puzzle maker’s most obvious fallacy. The logic, while apparent to the creator, can be quite opaque to the player. 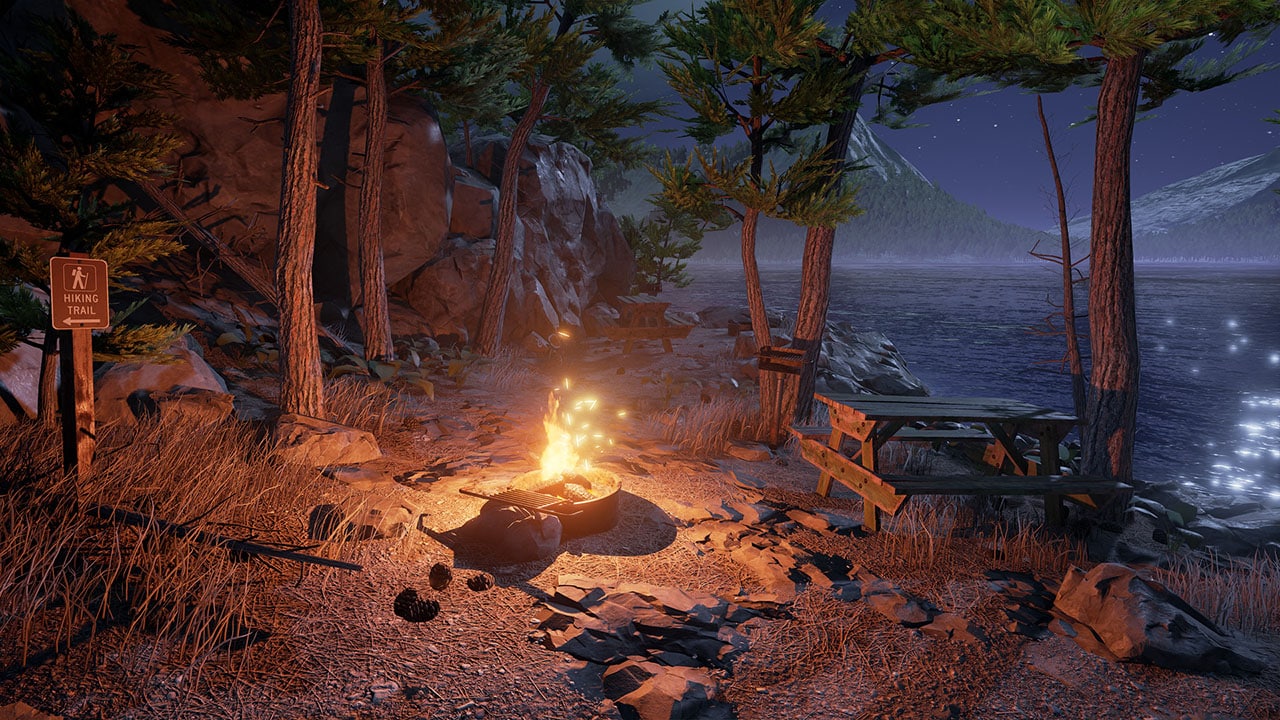 Moments of epiphany in Obduction aren’t so much a “Eureka” – though that did happen to us on rare occasions – but more about careful observation of all the variables and possibilities in not just your immediate surroundings, but beyond one world itself.

This tends to be more of an issue in the later stages of the game. With its labyrinthine ways of getting to places across one map and beyond, memorisation and perseverance become key. Obduction is a complex puzzling adventure, inconsiderate of your abilities and punishing throughout, but strangely addictive all the same.

A word about performance
Obduction is a demanding game, as PC specifications go. On our test system – Intel Core i7 4th gen, Nvidia GTX 760 2GB, and 8GB RAM – we had to wait minutes for our save file to load when starting the game. Even when you switch between worlds, the loading process feels like ages. And it doesn’t help that you need to regularly switch back and forth between worlds in the later stages of the game.

The game is also locked to 30fps, and would often drop below 20fps during periods of quick movement. And for some reason, it doesn’t seem to handle application switching at all, so avoid Alt + Tab at all costs. If you must do so, save your game by jumping into the pause menu first.

We played a retail copy of Obduction on the PC. The game is available via Steam for Rs. 729.

Further reading: Obduction, Cyan Worlds, puzzle game
Akhil Arora Email Akhil Akhil Arora covers entertainment for Gadgets 360, interviewing stars such as Christian Bale and Anurag Kashyap, covering series premieres, product and service launches across the globe, and looking at American blockbusters and Indian dramas from a global socio-political and feminist perspective. As a Rotten Tomatoes-certified film critic, Akhil has reviewed over 150 movies and TV shows in over half a decade at Gadgets 360. When he is not completely caught up with new film and TV releases, Akhil ...More
Uttar Pradesh Government to Distribute 'Samajwadi Smartphones'
Facebook Testing New Feature in News Feed to Encourage More Conversations

product From the makers of classic puzzle game Myst comes yet another title in the same vein, that looks as gorgeous as any other game and will have your mind boggling for hours on end. 4 out of 5 stars