Nier: Automata is hard to describe, starting with its genre. The game’s marketing material claims this is a Japanese role-playing game, playing the demo gave us a glimpse of what to expect. There are 2D platforming sections, shoot ‘em up bullet hell segments for boss fights, and top down Diablo-esque combat — interspersed with conventional 3D action and exploration that makes up a sizeable portion of the game.

Nier: Automata is set in the distant future when humanity lives on the Moon after being driven off the Earth by a robot army. Not willing to give up the fight, humans send down combat androids known as YoRHa to wage war against the machines. It is against this backdrop that you’re cast as 2B, a female android tasked with assisting the local resistance on Earth.

Along the way you’ll lay waste to many a mechanised foe in combat — both long-range and up close. You can shoot an infinite number of bullets to whittle down the health of your opponents, and finally cut them down to size with a sword or spear. Skilful parrying and dodging of enemy attacks is rewarded by giving you an additional moment to counter them with a devastating hit. The animations are fluid and slicing through a variety of enemies looks great. 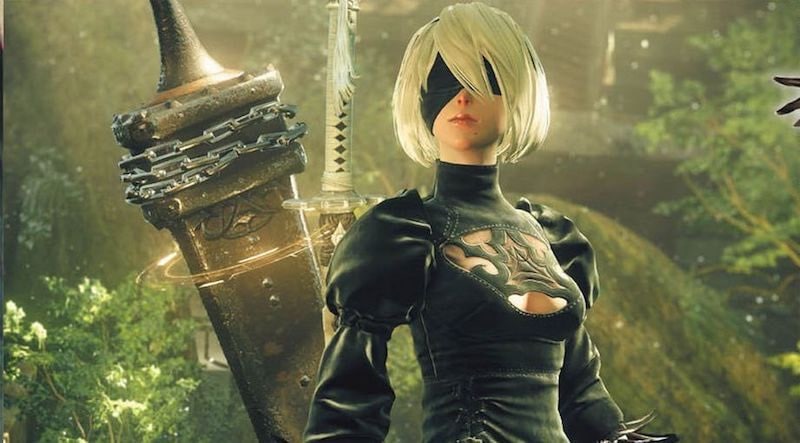 This is no surprise considering Nier: Automata is developed by Platinum Games, creators of two action genre classics, Bayonetta and Metal Gear Rising Revegeance. If you’ve played either of them, you’ll be right at home with this game.

The polish isn’t just restricted to combat. Moving from one area to another is just as good. Compared to its predecessor, Nier: Automata never feels unwieldy or tiresome to play even after 20 hours. While we are on the subject, no, you don’t need to play the previous game to understand the events of Nier: Automata.

Coupled with heady action is the Chip System. This lets you customise and fine tune every aspect of battle. From amplifying weapon damage, to increasing the amount of health you have, there’s a host of options, and the whole thing is designed as if it's a real system — right down to including an OS chip. Removing this chip straight up kills 2B.

The eccentricity extends through every part of this game. Sure, the demo gave us an idea of how genres would be merged into its zany framework, but what we didn’t forsee was how weird it could get - in a good way of course. So much so that a text adventure and fishing simulator are bunged into the core story and fit right in it. What’s great is how the game treats all of these segments perfectly normal, disregarding any need to be overtly meta, as we’ve seen in other games over the years. Without spoiling much, there’s an array of surprises waiting to be uncovered that make this more than your traditional action or role-playing game. 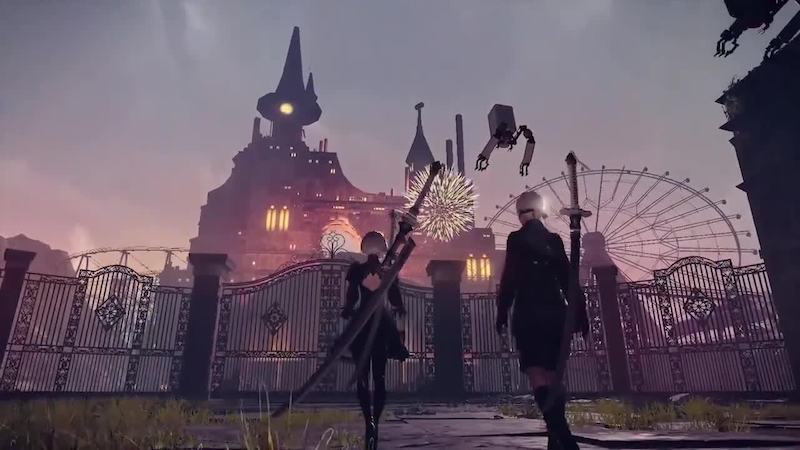 While the sense of whimsy is welcome in terms of gameplay, what’s worrying is how the game doesn’t do a great job of explaining its combat, exploration, or even side-quests (which automatically expire without letting you know). Those familiar with Platinum Games’ body of work or role-playing games would be right at home, but for most people it could be problematic.

Furthermore, the world of Nier: Automata is rough around the edges. Despite some intriguing locales such as the Bunker — your base of operations, and a twisted rendition of Disneyland that wouldn’t be out of place in a Tim Burton movie - it doesn’t seem as detailed as it could be. This is particularly obvious after the game’s opening section, when you find yourself on Earth. The inconsistency can be a tad jarring.

However, persistence pays off handsomely thanks to Nier: Automata’s superlative story. It runs through a host of existential questions that define 2B’s journey and those she interacts with. At the end of it all you’re left with a thought provoking tale that stands far beyond the reach of most titles we’ve played this generation. The plot is punctuated by one of the best scores we’ve had the pleasure of listening to.Nier: Automata’s music is a perfect complement to its moments ranging. There’s a tremendous amount of versatility ranging from emotional to eerie, feeling just right for every occasion. 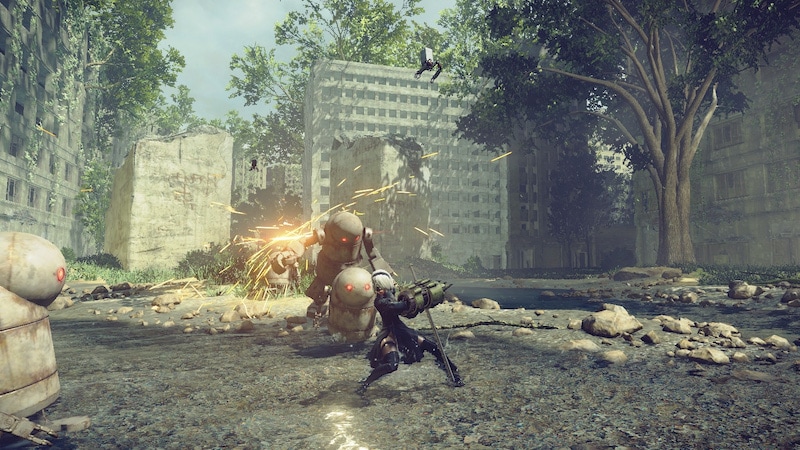 And when you see the end credits roll for the first time you’re far from done. Multiple playthroughs don’t just simply change a single scene to give you a slightly different ending as has been the case in other games. Rather, each route you take impacts your perspective on characters and events. It is as enthralling as its predecessor was in this regard, and it extends replayability tenfold.

From a technical standpoint, Nier: Automata wasn’t lacking either. On the PS4 Pro, the frame-rate is consistent and while some areas could look better, overall, there’s little amiss.

So yes, by genre, you could say that Nier: Automata is an action role-playing game. But the reality is that it’s a whole lot more. Crammed with a wealth of wonderfully crafted ideas, it is well worth the price of admission, even if it does have the misfortune in releasing the same time as Horizon Zero Dawn and The Legend of Zelda: Breath of the Wild.

product Nier: Automata is an action role-playing game for the PS4, PS4 Pro, and PC. Or so publisher Square Enix would have you believe.
Comments