There are various reasons for this, not least of which is Fortune Valley, the fictional city based on Las Vegas where Need for Speed Payback is set. Fortune Valley is split into four massive areas for you to just drive around and explore. You can go off-roading, drive on narrow city streets, or head out to one of the highways and push your car to the limit.

This is quite similar to the open-world experience we saw in Forza Horizon 3, down to Barn Finds (where you could find hidden classic cars and restore them). In Need for Speed Payback, this is called Derelicts and it requires you to find four parts apart from the main vehicle itself. This is a fun mode that gives you a lot to do apart from racing, but it does get a bit tedious because you need to locate five parts per vehicle to restore each car. 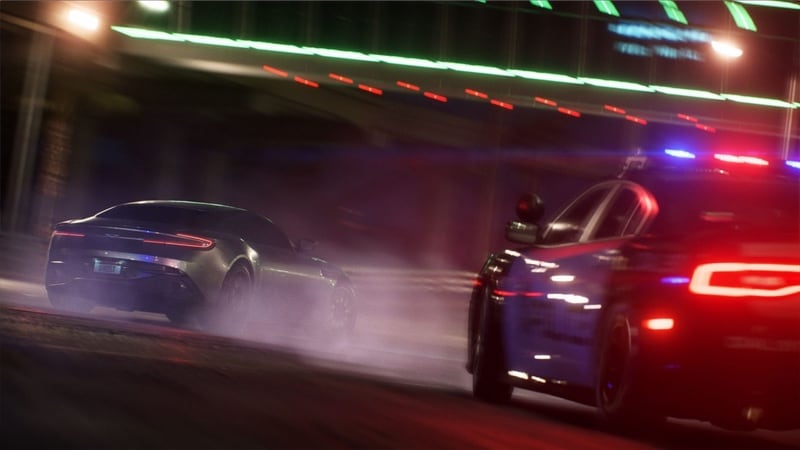 If restoring classic cars doesn’t interest you, perhaps the main story mode might. Need for Speed Payback lets you play as three characters — Tyler, Jess, and Mac. Tyler is great at racing, Jess at evading cops in the city, and Mac at off-roading, so you take turns playing as each. The story mode begins with Tyler putting together a gang for a heist and inevitably, things go horribly wrong. The gang splits up and Tyler exits the racing scene until he can try to get revenge.

It's a safe enough narrative, but the game isn't able to do much with it and suffers from a weak story, poorly written dialogues, and an unlikable protagonist. Quite a few key plot elements seemed way too convenient and we just didn’t find ourselves angry enough at the antagonists to want revenge. Your chief rival is The House, an organisation that has taken over Paradise Valley, and it ensures that every race is rigged. Our protagonist finds this revolting and decides that The House needs to be taken down. You’ll find yourself performing drifting challenges, trying to escape police in getaway missions, and racing rival gangs to gain a foothold in Paradise Valley.

The bigger problem with Need for Speed Payback is the amount of grinding required to progress. Every car is assigned a score based on what’s under the hood, and you can raise this by upgrading the car. Many of the game’s story mode racing events require you to have a car with a high score. You could start a tournament with a 130 level car and the next race could ask you to upgrade it to level 160. This means an investment of around 30,000 in in-game currency. You can earn this via racing, or hope that you win good speed cards after races.

Alternatively, you could just spend some more money. AAA gaming is increasingly learning all the wrong lessons from free-to-play mobile games. Need for Speed Payback has both loot boxes (called base and premium shipments) and micro-transactions. If you want to avoid paying for premium shipments, you’ll find yourself grinding way too much to progress in Need for Speed Payback. 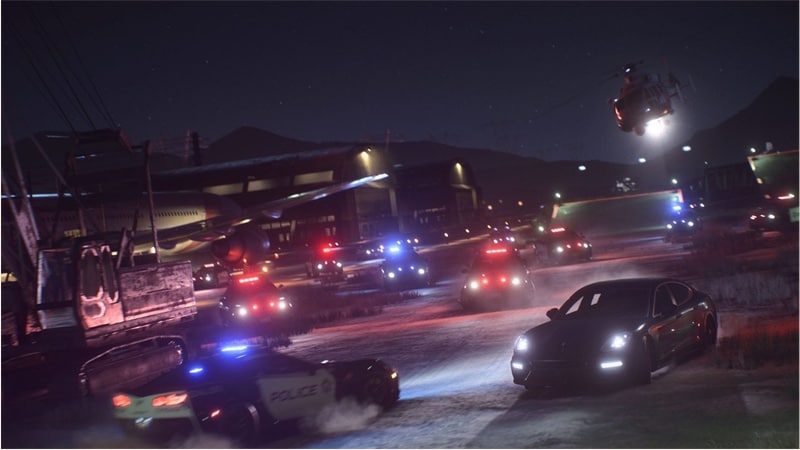 That is a real shame because the game itself is a lot of fun. If you just want to enjoy high-speed car racing, Need for Speed Payback has a lot to offer. Cops will chase you in certain story mode races, and thankfully cops don’t appear in free roam. Escaping cops is actually quite easy — just keep following the checkpoints and eventually you’ll be free. We didn’t like this bit because the escape didn’t really feel like an escape.

Need for Speed Payback is pretty much fully open world — you roam around the city to find races, challenge AI racers, or simply drive around for fun. You can fast travel to gas stations and some other locations for a small fee of in-game currency. Fast travel to a few locations is free, but that is more than enough to get you to the place you want to go to. That said, it was quite annoying to upgrade our car to the required level, and then travel back to the race point, and then back to the tune up shop for further upgrades.

Most races take place in various parts of the city, and tracks are determined by checkpoints instead of closed circuits. If you’re done with single-player, you can play ranked and unranked races in online multiplayer mode too. Need for Speed Payback has some pretty good effects and Paradise Valley looks good too, but other games such as Gran Turismo Sport and Forza Motorsport 7 look far better. The game has decent music and the radio jockey who talks about in-game events was fun, even if Forza Horizon 3 does this better. 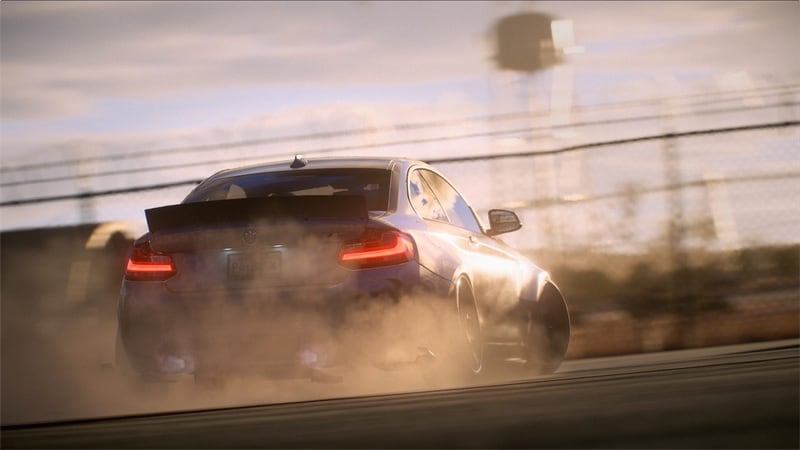 Need for Speed Payback has classic arcade racer controls — cars are easy to control and you’ll find yourself cornering at unrealistic speeds. We enjoyed the game’s offroad races and loved the side bets you can place before each race. This lets you take up a challenge such as staying in the lead for 60 seconds in exchange for extra cash. If you fail, you lose a fourth of the sum you’d have won. Need for Speed Payback has a pretty wide range of cars available too, so you won’t get bored of racing anytime soon. You start the game with cars that have some serious horsepower, and then slowly work your way up to hypercars.

Need for Speed Payback is a decent racing game held back by a weak story, grinding, and micro-transactions. If you can live with these elements, you will have a lot of fun in this game. If you can’t, then Forza Horizon 3 is superior in every way, even if it doesn’t have a story mode.

We discussed our experiences with Need for Speed Payback on Transition, our weekly gaming and pop culture podcast. You can listen to it via Apple Podcasts or RSS or just listen to this episode by hitting the play button below.