Microsoft Xbox One: Will gamers want it?

After four years of development, Microsoft unveiled the Xbox One entertainment console and touted it as an all-in-one solution for playing games, watching TV and doing everything in between. Microsoft wants the Xbox One to be central to your living room and packed the new Xbox with such features as the ability to change TV channels through voice commands.
Although the device won't go on sale until later this year, at a price that hasn't been disclosed yet, Microsoft invited attendees of Tuesday's announcement event to take a closer look at the system.

Based on limited time with the device, the Xbox One feels like an improvement over its predecessor. But it fails to include features some fans have demanded, including the ability to play games bought for the existing Xbox 360 system.

Of course, many particulars about the Xbox One could change between now and when it's released. The specific date hasn't been revealed. More details are expected at the E3 video game conference in Los Angeles next month.

For now, the system looks to be a thoughtful piece of technology, but there's still a lot that isn't known.

Design: With contrasting matte and gloss finishes, the Xbox One is the slickest video game console so far, although we don't yet know what Sony's upcoming PlayStation 4 will look like. (Nintendo's Wii U came out in November and is the only one of the three new consoles already available for purchase, though sales have fallen short of the company's forecasts.) The Xbox's outer shell, which Microsoft calls "liquid black," features vented flourishes and all the inputs and outputs one might need, including multiple USB ports and HDMI pass-through. 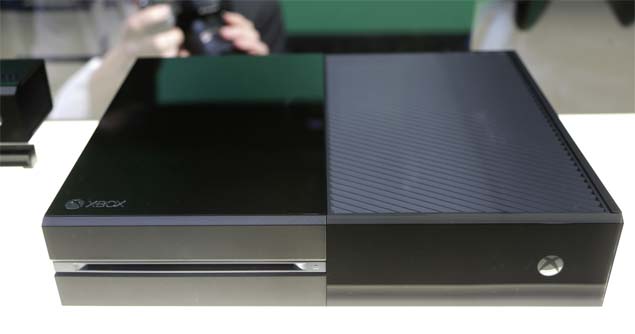 Kinect: The new version of the Xbox's camera-based Kinect system comes with better motion and voice detection, including the ability to recognize faces, tell if you're smiling or talking and gauge your heart rate. It appears as sexy as the Xbox console, but has been overhauled under the hood. It's three times more sensitive and has a larger, 60-degree field of view. In a demo, the doodad's high-definition camera easily displayed crystal-clear 1080p video and could detect up to seven people, though it lagged as more folks stood in front of it. The basic motion detection appears vastly improved, but the voice detection feature wasn't made available to try out, adding to the list of unknowns.

Performance: The system seems to work harmoniously together. For example, by combining the Kinect's face detection ability with the machine's wireless controllers, it recognized - almost magically - when users swapped controllers.

Controller: The new controller's layout is mostly unchanged, but the bulky battery bump is gone from the back. The smoother Xbox One controller boasts a new directional pad and vibrating trigger buttons. The triggers pulsated in tandem with such imagery as a character's heart beating and a car revving up during a demo with a prototype controller. 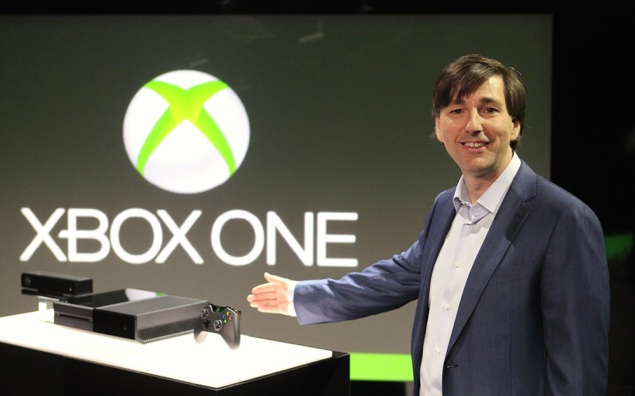 Requirements: Luckily, the Xbox One won't require a constant connection to the Internet, but there's a possibility that some of the key features wouldn't work as well or at all. The Kinect system is required and will come with the machine, rather than sold separately as has been the case with the Xbox 360. The Xbox One also will feature privacy settings so it doesn't feel like the Kinect's camera is always watching you.

Limitations: Xbox 360 games won't work on the Xbox One because the underlying technology is different, according to Microsoft. Microsoft was vague about how the Xbox One will handle previously played games bought from other gamers, though it confirmed used games will work somehow. There had been talk that Microsoft might restrict used games on the new machine.

Games: What games? Despite the fact that such titles as "Call of Duty: Ghosts," "FIFA 14" and "Forza Motorsport 5" were teased during Tuesday's flashy presentation, actual games weren't available to try out afterward. Microsoft said it plans to focus on Xbox One titles in three weeks at the Electronic Entertainment Expo, the gaming industry's annual convention in Los Angeles.

The Xbox One shows promise with a sleek shell and a new Kinect detector that seems to perform fine - at least if you don't try to confuse it with too many people at once. But with a lack of games and lingering questions about what it can do without an Internet connection, there are too many questions about the Xbox One, even after experiencing - not just hearing - what Microsoft has planned. At this point, it's too early to say whether Microsoft or Sony is leading in the latest round of the console wars. They'll have to duke it out at E3. 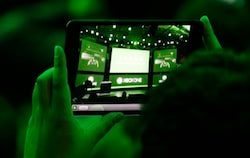