Metro Exodus is a post-apocalyptic first-person shooter for the PS4, Xbox One, and Windows PC. It's the sequel 2013's Metro: Last Light and the third game in the series, first of which was 2010's Metro 2033. Like the first two games, Metro Exodus is based on the novels by Russian author Dmitry Glukhovsky and has you in the role of Artyom. He's a Ranger of the Spartan Order, an elite group of soldiers guarding Moscow's metro system, which is where the surviving human population lives after a devastating nuclear war. Metro Exodus has you and your squad escaping the dilapidated confines of underground Moscow for a new life on the surface.

Despite its lineage and inspirations, you don't need to have any prior knowledge of past games or the books to understand the events of Metro Exodus. Barring one or two blink-and-you-miss throwbacks to Metro 2033 and Last Light, Metro Exodus is a surprisingly accessible third entry from a story standpoint. It helps that there's an in-game codex that does a great job of explaining its various characters and their motives if you're looking for additional context. Even if you don't check it out, Metro Exodus is a breeze to playthrough. Kingdom Hearts 3 this is not.

The story has Artyom and his crew searching for a stretch of land to start a colony after stealing a functional train known as the Arora. It's a hostile world filled with bandits, cannibals, cults, and of course monsters aplenty. Without spoiling much, there are some dead giveaways to how a few aspects of the plot play out, but it's kept interesting thanks to its characters such as the tough-as-nails-albeit-gullible squad leader Miller and the wise-cracking mechanic Krest.

In terms of gameplay, you'll explore a host of varied environments ranging from snowy settlements alongside the Volga River, underground bunkers, and the Caspian desert. Along the way, you'll gun down a tons of enemies ranging from powerful super mutants to weak bandits with a host unique weapons. These include a pneumatic rifle that fires steel balls for pinpoint headshots and a shotgun that can be decked out with four barrels, reducing the game's assortment of foes to mists of blood.

Gunplay in Metro Exodus is satisfying with each kind of rifle, shotgun, pistol, and crossbow having its own weight and recoil. Our personal favourite is the A-shot — a pistol-shaped shotgun that does massive damage up close. Over time weapons will jam or fall into disrepair, forcing you clean them regularly. It's a holdover from past games but does little to take away from the sheer delight of taking aim to fire and fits in well with a game world where there are more mutants and monster than actual people or gear used by humans.

While developer 4A Games has put a lot of effort into Metro Exodus' guns, it has also crafted a game world wherein stealth is a viable option. Most of the action takes place on the surface of post-apocalyptic Russia rather than its underground tunnels making for a refreshing change. 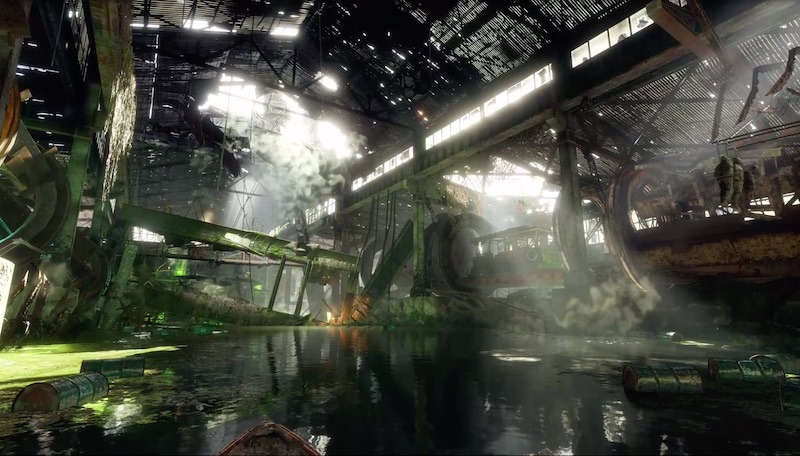 Certain sections, such as a port guarded by mercenaries or a cultist church allow you to stick to the shadows, using distractions like empty cans or silent weapons like throwing knives to get by. Although Metro Exodus doesn't lean into the concept as heavily as say Deus Ex: Mankind Divided or Dishonored 2 which can be finished without being seen by enemies, its wide, sprawling levels allow you to avoid combat if you so choose.

Specific moments, such as sparing or killing human enemies that beg for their life determines how the story plays out too. All of these additions make for a game that's exceptionally refined and nuanced, a far cry from Metro 2033 which was known for its far from smooth gameplay and bugs galore.

Speaking of bugs, Metro Exodus ran well on our Xbox One X for most part. Barring a single crash early on, our 20-odd hours with the game was surprisingly stable.

Visually, Metro Exodus looks stunning. Standout sections include a train yard inhabited by a giant mutant fish and the sandstorm prone Caspian Desert that resembles something right out Mad Max with hordes of bandits and monsters. It's a great looking game on the Xbox One X through and through and makes us wonder how much better it could look on even more powerful PC hardware. 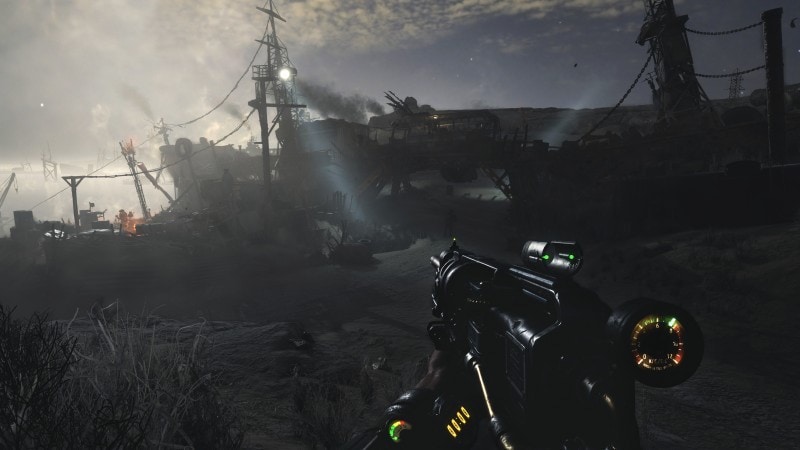 That said, the lack of options like being able to choose between a higher frame rate and higher resolution are perplexing. More so during the rare occasion where the game's frame rate takes a small but noticeable dip in its busier battles with effects like fire and steam present. Metro Exodus also bucks the trend set by contemporary first-person shooters on console by not including an FOV (field of view) slider either. These omissions are odd when you consider that they could allow for a better experience.

Nonetheless, Metro Exodus is a gorgeous post-apocalyptic spectacle set in a dangerous yet intriguing world. Barring its technical omissions on console, there's no reason to miss out on one of the more entertaining shooters in recent memory.

product Is Metro Exodus for PS4, Xbox One, and Windows PC worth playing? Find out in our Metro Exodus review. 4.5 out of 5 stars