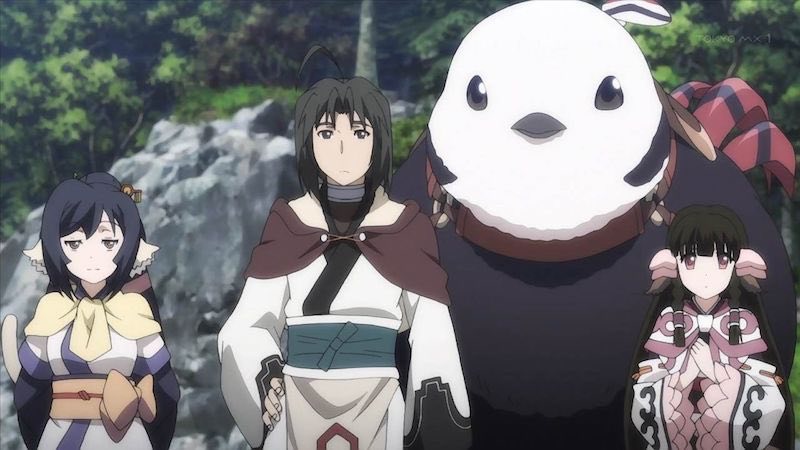 Unpronounceable name aside, Utawarerumono: Mask of Deception is a visual novel akin to the likes of Steins;Gate and VA-11 HALL-A, with strategy role-playing game (SRPG) mechanics similar to Fire Emblem and Disgaea thrown in.

Like most RPGs, Mask of Deception starts off with one of the most overused genre tropes - an amnesiac protagonist. The game is set in the world of Yamato, which is populated by half-human, half-animal hybrids. You take on the role of Haku, a full human, and over the course of your 30-hour journey you’ll uncover your past, learn about this mysterious new world, and indulge in more than a few sections of turn-based strategy.

We say “few” because for the most part, Mask of Deception plays like a visual novel. You’ll interact with other characters against static backdrops for the majority of your time, and combat (when it arises) feels like it was added later as an afterthought by developer Aquaplus.

Be prepared for a slow burn when you play the game. The opening hours of Mask of Deception focus on the interactions between Haku and Kuon - a girl with cat ears and a tail. Every other character - from a princess to who rides a giant bird in combat, to a rowdy mercenary - all sport their own unique personalities. There isn’t much in the way of player choice though. Mask of Deception is linear unlike other visual novels in this sense. When options are presented, the game requires you to go through all of them to progress. There’s isn’t much in the way of a different outcome or ending, and a lot of the narrative builds towards its sequel that’s out later this year.

While the visual novel elements of Mask of Deception hold their own thanks to stellar music and solid art direction, we can’t really say the same for its attempts at being an SRPG.

Movement takes place across a grid-based map and in case you mess up, the game lets you rewind your moves too. There’s an element of quick time events (QTE) as well and a Zeal Gauge which allows you an extra turn when full. As you’d expect experience points are gained after an attack and points can be allocated towards stats like defence and speed when you’re done.

Unlike games such as Fire Emblem and Disgaea, battling enemies in Mask of Deception feels like an afterthought of sorts. It’s easy to brute force your way through these segments by using your most powerful attacks, and it feels surprisingly unbalanced. There’s no sense of depth or underlying gameplay mechanics to wrap your head around either, making it more superficial than we would have liked.

Perhaps our biggest grouse is how Mask of Deception goes about teaching you the ropes of its battles. There isn’t anything by way of a tutorial that’s presented to you as you play. Instead, you’re notified of the guide being added to the game’s glossary. This means that in the event you ever need to look into how certain mechanics operate, you’ll be digging through menus, which breaks immersion.

Having said that, there is a wealth of entertainment to be had in Mask of Deception. While the visual novel elements far outweigh its strategy side, the story - despite being sequel bait - had us enthralled till the very end. If you’re looking to try something out of the ordinary, Mask of Deception is a fun romp. We would however suggest picking it up with along its sequel when that hits later in the year, rather than leaving the story halfway.