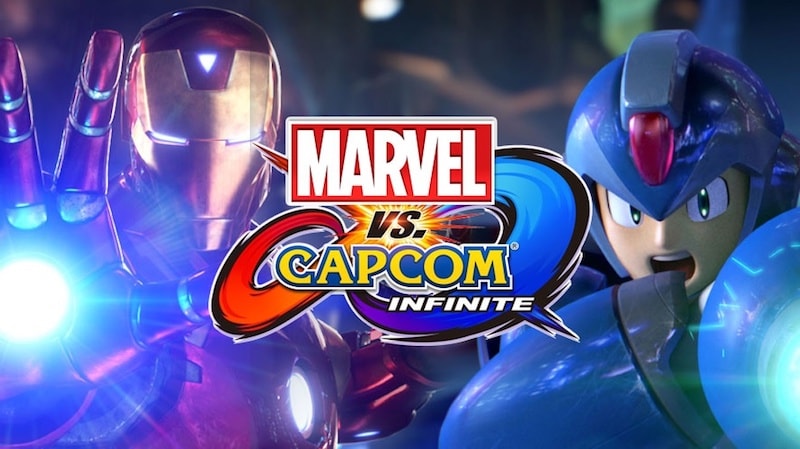 A surprise reveal at last year’s PlayStation Experience, Marvel vs. Capcom: Infinite is a fighting game from Street Fighter and Resident Evil hitmaker, Capcom. Pitting characters from both the Marvel and Capcom universes in combat, it’s a fresh take on the long-running series, whose last entry released in 2011. Is Marvel vs. Capcom: Infinite the video game equivalent of the Avengers or Spider-Man 3? Keep reading to find out.

From every male character sporting a broken nose, to the glaring lack of detail given for each stage, and surprisingly plain looking fighters, Marvel vs. Capcom: Infinite would be right at home during the early days of the PS3, rather than current generation hardware.

Drawing inspiration from the many Marvel movies has hampered Marvel vs. Capcom: Infinite rather than helped it. Gone is the game series’ cel-shaded aesthetic, and in its place are realistic characters who feel out of place. And if you think we’re exaggerating, we fired up the previous game in the franchise, Ultimate Marvel vs. Capcom 3 on the PS3, and were treated to a visual spectacle that still holds up today.

Looking past the appalling visuals, there’s a rudimentary set of moves at your disposal. The four face buttons allow for two pairs of light and heavy attacks, with controller triggers allowing you to swap between your fighters (between two, instead of three in prior games) or activating Infinity Stones - modifiers that let you boost your stats. The power stone for example, lets you knock foes back while the space stone pulls enemies closer.

You can perform a flurry of flashy punches and kicks by hammering down on the square button (X on Xbox One), which doubles as the light punch button. In addition to this, you can indulge in over the top attacks known as Hyper Combos. From Iron Man using a giant cannon, to Dead Rising’s Frank West ramming a trolley full of makeshift weapons into opponents, these are crazy spectacles that make the gameplay more entertaining than you would expect.

Throw in the ability to counter combos with your own, and tagging in an ally to execute a devastating, endless stream of attacks, and matches in Marvel vs. Capcom Infinite are fast and frantic. Barring a few Hyper Combos that surround every part of the screen such as Spider-Man’s web-slinging, or Ghost Rider’s fire and chains that cover a wide area, Hyper Combos can easily be nullified with a well-timed block, which keeps players on their toes.

There are some nice touches, like Spider-Man briefly appearing as Venom, while Capcom’s Mega Man, and Dante from Devil May Cry are more relevant here than they’ve been in recent memory, but on the whole it doesn’t convince us that Capcom has learned from its mistakes with Street Fighter V either. In a post-Injustice 2 world, Marvel vs. Capcom: Infinite falls incredibly short.

Thankfully, there’s more to it. The training mode is robust, allowing you to hone your skills at ease, while the mission mode has you completing various tasks such as evading attacks a set number of times. Online play is a lot less restrictive this time around compared to Street Fighter V at launch, allowing you to square off against opponents from any region regardless of their internet speed. While our early games were lag-free, it will be interesting to see if this is still the case months down the line.

At the moment though, as an overall package, Marvel vs. Capcom: Infinite is far from what it could be. The gameplay is entertaining, with a focus on accessibility, but the production values are far from what we’ve come to expect. Throw in a lacklustre campaign, and you have a middling fighter at best. Although this may change with Capcom’s focus on post-release support, as it stands, there are other fighting games worth your time.