Knack 2 is the sequel to the 2013 PS4 launch title, Knack, which was a platforming game similar to the likes of Crash Bandicoot. Despite the influence of one of gaming’s most popular marsupials, it fell flat thanks to tedious, repetitive gameplay, shallow level design, and uneven difficulty. Is Knack 2 more of the same, or has Sony learned from its first outing?

As the name suggests, you play as the titular Knack - a robot that can change its size, growing bigger or shrinking down as needed to solve various puzzles or take down a host of enemies. Though it sounds quite similar to the first game, it takes on a smarter approach that results in something a lot more engaging.

For one, you can shift sizes at will, making it easier to squeeze through narrow gaps by becoming a diminutive two foot automaton, or jumping across massive chasms by turning into a 13-foot towering bot. This is intrinsically linked to the levels too. They’re peppered with a number of sections that require you to manipulate your dimensions in order to progress.

Unlike the first game, each area in Knack 2 is suitably layered vertically, making you scale heights. There are both easy and hard routes to explore, and a healthy number of puzzles to solve. They never tax your grey matter as much as say, The Witness, but they’re challenging enough to keep you engaged and on your toes.

In addition to this is the combat. It’s suitably enhanced over the previous title. The first Knack could, as one of the game’s characters says, save the world with “three punches and a kick”. Knack 2 promises - and delivers - deeper action. There are flying kicks, body slams, and a flurry of multiple punches that wouldn’t be out of place in a game like Arms. You can block attacks too, and timing it right lets you parry an attack right back at an enemy.

Another welcome feature is the inclusion of a skill tree. You can increase the damage of attacks, dodge faster, or simply learn new moves. It’s not as deep as, say, DmC: Devil May Cry or Bayonetta, but it's more than enough to add a perceptible difference to the gameplay. Also, Knack can control tanks and robots to execute even more powerful attacks. All of this makes combat feel fresh till the end, allowing for a welcome amount of variety to the proceedings. 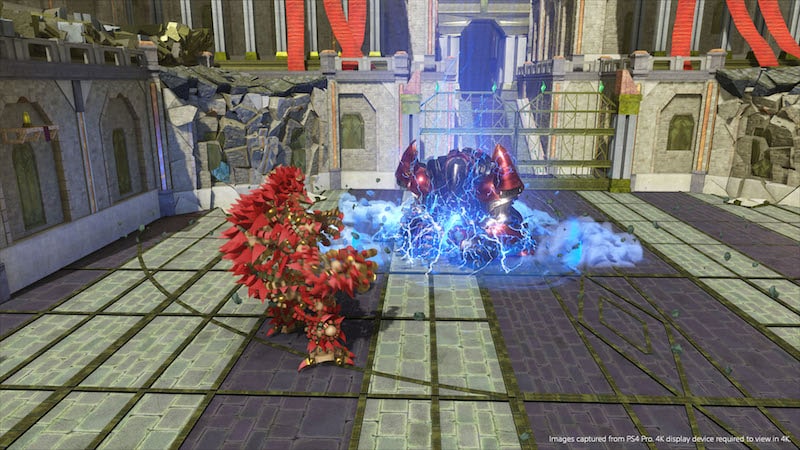 For most part, the trifecta of platforming, puzzles, and action work well to keep Knack 2 enjoyable. But at times the formula tends to falter. Every now and then, the game throws you into arenas where the only way forward is to square off against hordes of enemies, dropping the occasional crystal that makes you invincible. It’s here that any sense of strategy tends to fall apart as you’ll be best served using a couple of abilities such as the body slam and heavy punch to survive.

Later on, the game drops you into a stealth mission on a heavily guarded estate that’s far from fun. That's because being detected by the patrolling robots it results in almost certain death. It ruins the game’s pacing and sense of difficulty, making it a tad more annoying than it should be. Thankfully the generous number of checkpoints ensure that you’re never too far from where you left off.

Nonetheless, other inconsistencies exist. Although Knack 2 features a seamless co-operative mode, allowing you and a friend to play as two different Knacks, complete with tag team skills such as launching your ally into an enemy, or punching him to create a makeshift gun, the game’s story doesn’t account for the inclusion of a second player at all. It makes the entire affair seem odd. 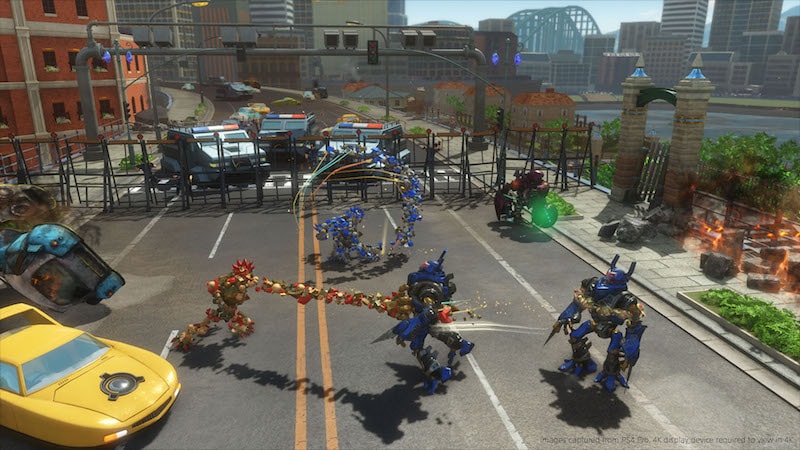 Speaking of story, there’s more of it this time around. Thankfully its easy enough to follow without playing the first game. Involving zombie killer robots and the Goblin race from the previous title, it serves up a half-decent excuse to keep playing. It doesn’t do anything out of the ordinary to elevate it from the Saturday morning cartoon vibe it proudly exudes, but it is enjoyable enough.

This cartoon vibe extends to Knack 2’s visuals. Bright colours, slick effects, and simple touches such as the look on Knack’s face when he finds himself trapped in a maze are just some elements that give it a wealth of character. This extends to its cut-scenes, which look polished and coherent unlike the last game. The option to cap Knack 2’s frame-rate to 30fps is a nice touch too. Though in our playthrough on the PS4 Pro it barely felt inconsistent enough for us to bother locking it down.

While Knack 2 is an improvement over the original Knack, it doesn’t do anything wildly different either. Rather, it's a textbook example of listening to user feedback and giving fans what they want. It might not be as ambitious as some of the bigger releases of the season, but there’s just about enough for fans of the platforming genre to indulge in.