For starters, Kingdom Hearts 3's story is pretty much incomprehensible. It throws a ton of terms — like Unversed, Nobodies, and Replicas — at you that you may not be familiar with even if you've played past games in the series, most of which make it harder to understand than it should be. This is compounded by a needlessly confusing plot that make it a pain to tell the good guys from the bad.

At its core, Kingdom Hearts 3 has you as longtime protagonist Sora, exploring colourful Disney worlds from movies like Toy Story, Hercules, and Tangled as you try to regain your powers with Donald Duck and Goofy by your side. Along the way you'll battle a slew of enemies ranging from giant forest monsters to colossal titans from Greek legends.

The combat in Kingdom Hearts 3 takes place in real time, with each press of a button letting Sora attack, dodge, or use items as needed and there's an option to slow down the combat to make strategic decisions like what magic spell to cast. You can set patterns for Goofy and Donald too, allowing them to battle aggressively or defensively as you choose. Though for most part, we found their default behaviour to be adequate even in the game's most challenging moments. 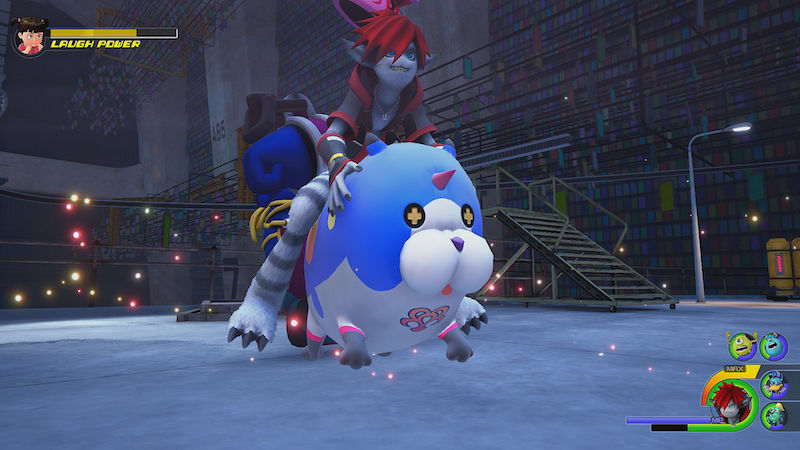 That said, the combat in Kingdom Hearts 3 is its strongest suit. From the get go, you'll be able to use powerful attacks that are inspired by Disney's amusement park rides like bumper cars with cannons, giant tea cups, and even a carousel. Each of these dole out massive damage and a treat to watch. Even 30 hours in, seeing the colourful spectacle of the game's battles play out doesn't get old.

As for the Disney worlds, you'll travel to the Kingdom of Corona from Tangled, San Fransokyo from Big Hero 6, and Monstropolis from Monsters, Inc to name a few. Each of them feels distinct and vibrant. Compared to past entries, the Disney worlds in Kingdom Hearts 3 are intricately detailed and feel expansive. Corona for example, sports forests, swamps, and its city all decked up in a fairytale aesthetic similar to Tangled that distinguish it from Hercules' Mount Olympus that has hilly grasslands, river beds, and a town, all sporting a style similar to that movie. While it might sound jarring, what with multiple art styles inhabiting the same game, it actually works well, giving each world its own identity and sense of place.

In a welcome touch, Sora and his party take on a look similar to the area they're in such as looking like toys in the Toy Story world or decked up as pirates when in the Pirates of the Caribbean world.

All of this is backed up by exceptionally polished visuals. From a technical standpoint, it's near impossible to ascertain that Kingdom Hearts 3 was a game that had such a prolonged development cycle. Be it the pixel perfect reproduction of each Disney world's look to animations as Sora, Donald, and Goofy run into battle, there's nothing amiss. Even when there's a lot going on on-screen with special attacks aplenty, Kingdom Hearts 3's frame rate still holds up with no slow down. Commendable when you consider that Square Enix shifted from its in-house Luminous Engine to Epic Games' Unreal Engine 4 late in Kingdom Hearts 3's development. 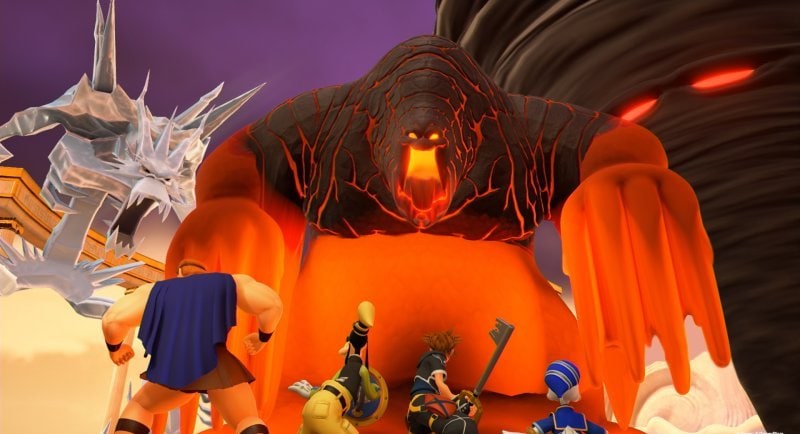 In terms of pure gameplay and spectacle there's little amiss with Kingdom Hearts 3. The production values are second to none, and the combat refines on what made Square's past big budget releases enjoyable. However that doesn't mean Kingdom Hearts 3 is for everyone.

Granted, the Disney worlds it features makes it target a wide audience, but the aforementioned story issues crop up ever so often with the appearance of Sora's nemesis, Organisation 13. Every time one of its agents show up, it results in an exchange between Sora and them that require deep knowledge of past Kingdom Hearts lore to make sense. It doesn't help that some of these scenes are purposely cut short in an attempt to hype up certain story elements.

Although the game features a recap of the story so far through a menu option called Memory Archive, it doesn't exactly do the best job of explaining the events that led to Kingdom Hearts 3 either by being all too brief and vague. Square would have done well to check out how the likes of Sega handle story recaps what with Yakuza 6's being a prime example on how to get new players piqued even with it being the final entry. Nonetheless, the over the top, explosive combat was good enough for us to plough through its convoluted plot. We simply kept playing to see what new abilities we could use next.

If a strong narrative is crucial to your action role-playing game experience, look elsewhere. However, if you can stomach Kingdom Hearts 3's poor story-telling, it's a slick, fantastic adventure featuring diverse worlds and stellar combat.