The Nintendo Switch launch line up of games has a surprisingly well-rounded showing. There’s adequate representation from Nintendo’s own studios in the form of 1-2 Switch, Snipperclips, and The Legend of Zelda: Breath of the Wild. Indie fare such as Shovel Knight: Treasure Trove, Human Resource Machine, and Fast RMX are present too. And from third-party studios, Nintendo’s long-time partner in crime Ubisoft brings the goods with Just Dance 2017.

Just Dance 2017 is a rhythm music video game that uses motion controls. To play, you have to mimic gestures shown on the screen of the Nintendo Switch or your TV. These range from simply striking a pose, to moving around constantly. In order to do so you’ll have a Joy-Con strapped to your wrist, or you can use your smartphone via the Just Dance app while playing on your Switch.

The "controls" are a bit hit or miss. At times the game will fumble and not detect an extremely complicated move, but at other times just something basic like moving right and left won't register. It isn’t a deal-breaker by any stretch, but makes this more of an arcade experience than a 1:1 motion tracked affair, regardless of whether you're using Joy-Cons or your phone to track movements. To be fair to the Switch, this is not too dissimilar to playing Just Dance on other platforms. 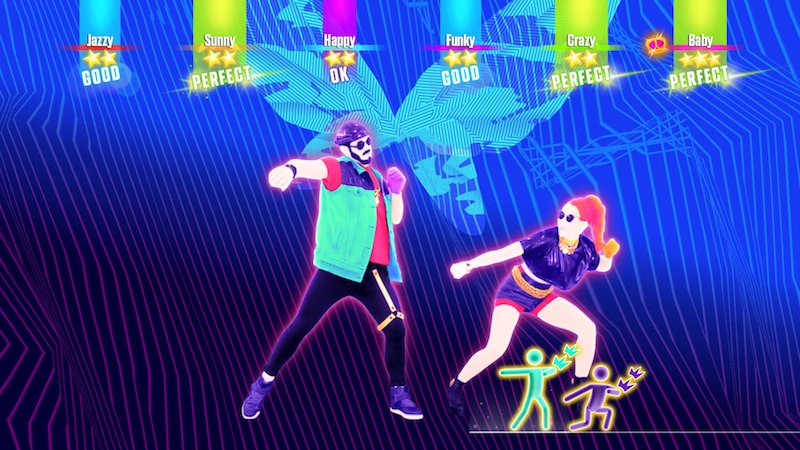 A word of caution about using your phone - while using it is nearly seamless, there is a real risk of flinging your phone across the room if you're not careful. The Joy-Cons have their own straps and an ergonomic grip, making them a better choice while playing Just Dance on the Nintendo Switch.

The basics of the game are quite straightforward, and it comes with a pleasantly varied setlist of songs to play. There are 40 tracks, including the likes of Queen with ‘Don’t Stop Me Now’, and more modern fare from Psy, Sia, and The Weeknd. If you’re looking for more, there’s the Just Dance Unlimited subscription service, priced at $4.99 (around Rs. 327 a month) that lets you add more songs to play. The Switch version comes with a free three-month subscription, so you'll have more than enough time to decide whether Just Dance Unlimited’s exclusive songs, and a 200 strong setlist to stream, is worth it for you.

The game has the standard mode that lets you play any song, allowing you to rack up points as you dance along. Dance Quests — despite the name implying something epic — has you compete against the AI in a set list of three songs. Sweat mode replaces points with calories, turning a gaming session into an unconventional workout of sorts.

The mode that stands out the most is Just Dance Machine. Seemingly inspired from the bizarre premise of the classic Elite Beat Agents, your dance moves act as fuel for an alien ship that's stranded on Earth. Points you earn in this mode help send the aliens home. It’s an interesting twist on the established formula the franchise has usually followed. 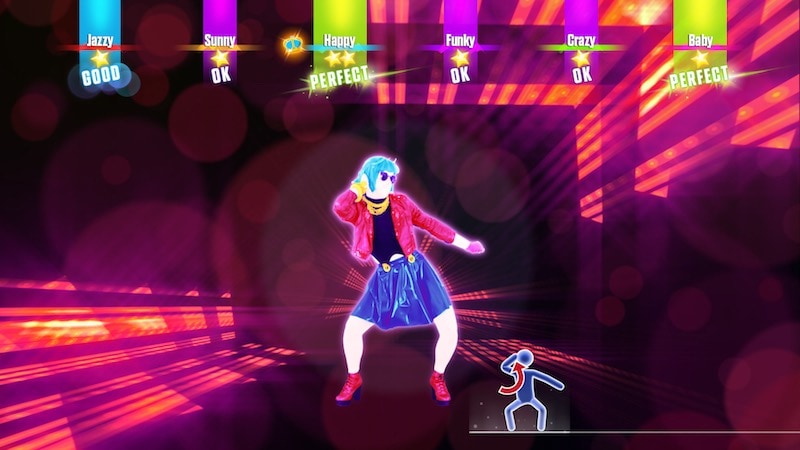 Despite having a fully-fledged online mode that worked decently, Just Dance 2017 is best as party game played with friends in the same room. But it’s not perfect. Although Ubisoft claims you can dance anywhere at any time, using the Nintendo Switch in tablet mode isn’t the best way to play this. The reduced screen size makes it tougher to understand the moves you need to pull off - this is definitely a game best enjoyed on the big screen.

At close to Rs. 4,000 on the Nintendo Switch, for both the physical (via the grey market) and digital copy, Just Dance 2017 is on the expensive side. More so when it retails at under Rs. 2,500 online on other platforms such as the PS4.

Nonetheless, if you need a decent party game on the Nintendo Switch, it’s worth considering Just Dance 2017. It is undoubtedly more accessible than the likes of Super Bomberman R as a multiplayer experience, but if you are value conscious, you’re probably better served waiting for a price drop.

Affiliate links may be automatically generated - see our ethics statement for details.
product Just Dance 2017 is out for the Nintendo Switch. But is it worth the premium over the PS3, PS4, Xbox 360, or Xbox One versions?
Comments