Homefront: The Revolution takes place in the near future where the US has been overrun by North Korea. The set up for such an event is based in a rather cool premise that saw decades of innovation take place in the tiny nation instead of Silicon Valley. Essentially, Steve Jobs is North Korean and Apple is called Apex. After making a host of hot-selling smartphones, Apex decided to venture into munitions - most of which America bought in droves without realising that there would be a backdoor that gives North Korea control of its army with a single button push, leading to the occupation of the US.

The game puts you in the role of Ethan Brody, a member of a local resistance cell in Philadelphia. You have to free outposts from North Korean control, hack into communications networks, and try to win the hearts and minds of civilians who have more or less given up on life.

Its an interesting take on events, delving into what could have been if history took different turn, not too dissimilar to Wolfenstein: The New Order, and its expansion, Wolfenstein: The Old Blood. But while both Wolfenstein games were a joy to play, this isn't the case here. Homefront: The Revolution is let down by almost everything else.

For one, the gunplay is floaty and imprecise. Getting a bead on drones, soldiers, or any target that isn't as large as a van is next to impossible and switching on the auto-aim feature does little to fix this. In a game where you'll be shooting your fair share of foes, the lack of polish in this department makes Homefront: The Revolution a chore to play.

This would not be that much of an issue if the game's stealth system works. You can slink past the opposition, evading cameras and guards alike, but thanks to erratic AI, you can never quite use this to your advantage. At times you could be standing right next to an enemy who will fail to notice you, and at other times you could be a mile away and you would still be spotted.

And it gets worse: the driving is equally bad. Driving vehicles such as bikes is an exercise in frustration. They speed up too fast and you have very little control at your disposal. Throw in wonky physics that has you crashing into walls more often than tearing down the open roads, and you have a recipe for disaster. 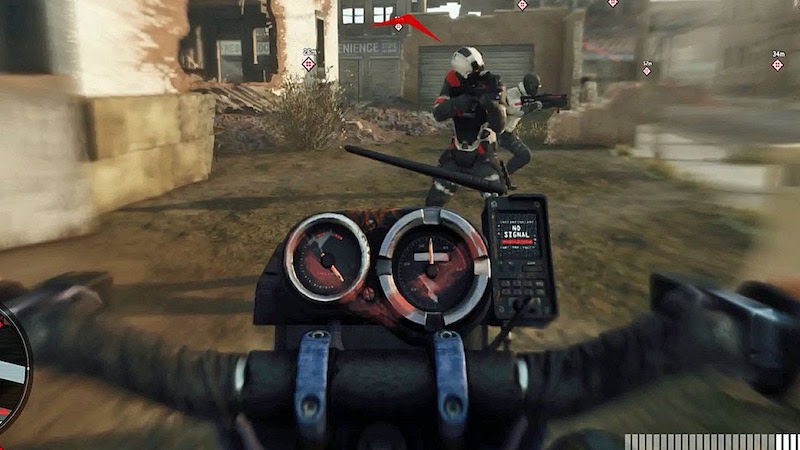 Although Homefront: The Revolution's core mechanics rotten, you'd think that its rich lore could be used to flesh out the game world. But this isn't the case either. Most of its missions are similar, forcing you to reclaim enemy strongholds, and standout moments are few and far between. There's nothing memorable about Philadelphia and the characters are forgettable at best. It seems that after an intriguing opening, the developers just stopped caring. So much so that the game just gives up on assigning objectives early on, instead making you fill up a meter till it reaches 100 percent, making this quite possibly the laziest piece of in-game communication we've seen this generation.

Oh, and for an open-world game, it still forces you to go back to the mission area every time you wander around instead of well, letting you explore. Some other titles in the genre are guilty of this as well, but it is a point of annoyance that should not exist in 2016.

Perhaps the icing on the cake is its technical performance, or lack thereof. Homefront: The Revolution lags and stutters. Like an asthma attack in a dust storm, it spews and sputters at every possible opportunity. Whether you're opening a menu, switching weapons or simply having the game auto-save, it lags and does so with such frequency we were surprised that our PS4 and Xbox One didn't crash. This was after installing a roughly 4GB patch on both platforms. If you're planning to play it on consoles prepare to lower your expectations on what decent performance should mean, as the game is borderline unplayable.

There are one or two interesting things. The ability to modify your weapon completely, such as turning a crossbow to a flamethrower or a pistol into an SMG is pretty cool, as is the option to enable temporal anti-aliasing to remove jagged graphics in the console versions. But that's about it really. 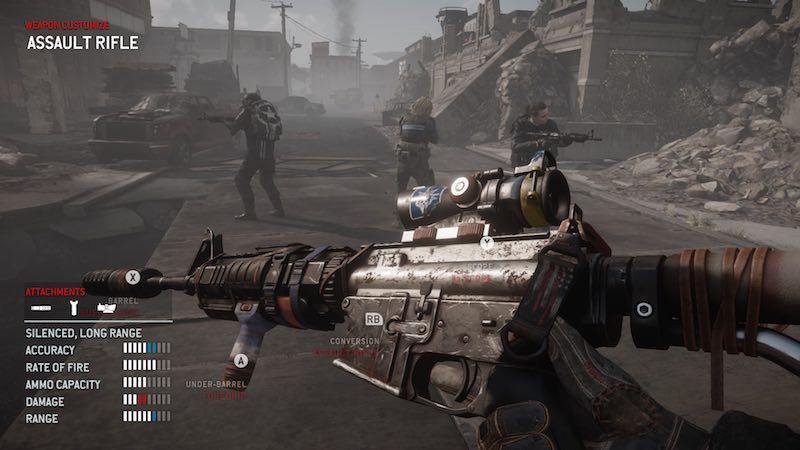 Homefront: The Revolution clearly hasn't improved at all from its Gamescom 2015 preview. In fact, it has regressed in a few key areas. This is a game that needed more time before hitting the shelves, something creator Dambuster Studios has evidently run out of after a prolonged development cycle.

You can do a lot better than Homefront: The Revolution. There are other games to play, such as the Far Cry series or Dying Light, which really do justice to open-world sandboxes, and the likes of Wolfenstein: The New Order show off what it would be like to live under an oppressive regime. This game does neither, and the fact that it is near unplayable just makes it one to avoid.

We played Homefront: The Revolution on PS4 and Xbox One. It retails for Rs. 3,499. The game is also available for the PC digitally via Steam for Rs. 1,179.

Batman: Return to Arkham Exclusive to PS4 and Xbox One, Promises Improved Graphics
Localising Games for India Isn't a Priority, but It Should Be