There’s no shortage of top-tier first-party racing games on the Xbox One thanks to the likes of Forza Motorsport 7 and Forza Horizon 3, but the same can’t be said about the PlayStation 4. It has been four years since the release of Gran Turismo 6, and Sony has finally released the next entry in the franchise — Gran Turismo Sport.

The Gran Turismo franchise has been used repeatedly by Sony to showcase what its latest consoles can do. Right from the first Gran Turismo game back in the 90s, this series has been known for its amazing visuals and realistic driving experience. That means Gran Turismo Sport, also known as GT Sport, is all about realistic representations of some of the world’s best cars, and how it feels to drive them. If you’re a hardcore car enthusiast, you might even want to consider getting yourself a racing wheel controller, for a more realistic experience.

So, what does that mean for casual gamers? There’s a lot to love, because GT Sport goes out of its way to ensure that you learn how to drive properly in the game. There is an entire section labelled Driving School to teach you everything you need to know about driving in the game. There are over 50 such driving lessons that show you how to accelerate, brake, control the car, and advanced skills such as the “out-in-out” technique that lets you turn at high speeds.

Each of these lessons has three levels — bronze, silver, and gold — to keep you hooked for a long time. Some of the initial Driving School challenges in GT Sport took us just one or two tries to land the gold medal, but soon enough we found ourselves trying some challenges over 20 times before we could get the gold medal. We highly recommend that you spend some time in the Driving School if you’ve never played simulation racing games, or if you just want to polish your skills. We definitely saw a marked improvement in our race times before and after we went to the Driving School. 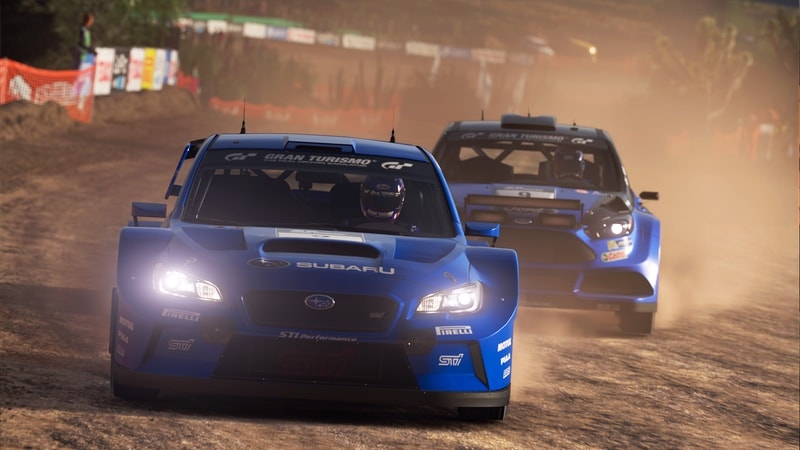 Once you are done with some of the challenges in this mode, you’ll be ready to take on more modes in the single-player campaign. You don’t have to complete the Driving School mode to play the rest of the campaign, but it’ll help you get used to some of GT Sport’s tracks and cars, apart from teaching you useful tricks.

The single-player campaign has two other interesting game modes — Challenges, and Circuit. The former creates a bunch of scenarios such as going from the back of the pack, to winning the race on the final lap. The medals from Driving School are here too, so if you finish third you get bronze, second earns you silver, and a victory earns gold in some challenges. Challenges get harder as you progress and at the end of each stage, you unlock a car to add to your garage. Similarly, the Circuit mode tests your racing skills by asking you to complete sections of tracks or entire laps within a set amount of time.

There are 16 tracks in the game at the moment and that’s more than enough variety. At launch, GT Sport doesn’t include rainy weather, which is a bit of a let-down in an otherwise visually stunning game. The graphics in this game are overall really good and it truly shines during night time races. During day races, we thought the trees looked pretty average but otherwise the tracks, surrounding elements, and cars all look great.

The progression system in GT Sport is pretty nicely balanced. You get points for the distance you drive within the game, and for every challenge you clear, or race you finish. Rack up points to increase your level and you unlock new tracks. In the pre-launch copy of the game we couldn’t spot any micro-transactions, while the DLC for this game is going to feature more cars and tracks. That’s a good thing unlike what Forza Motorsport 7 pulled with its prize crates. 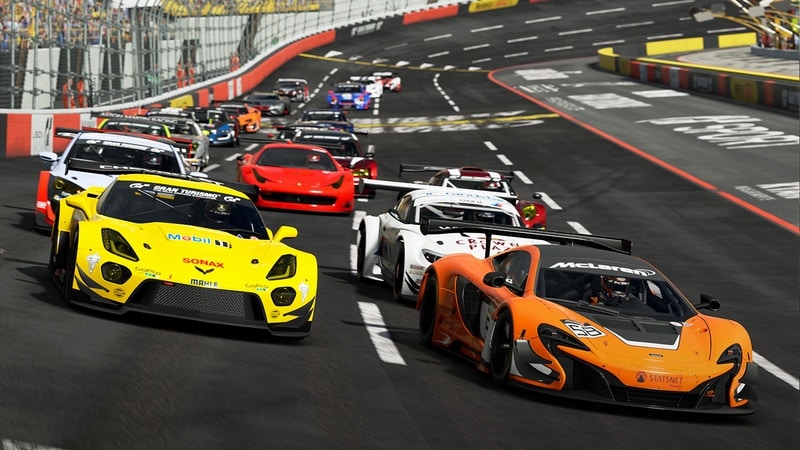 When you fire up GT Sport, it asks you to choose your control scheme so if you prefer to use the D-Pad to steer instead of the analogue stick, you can do that right at the start. This deserves special mention because it neatly classifies three popular control schemes and makes the choice easy for beginners. Similarly, it classifies the number of assists in the game into three neat cards and you choose based on your expertise with racing games. Experts will want all assists off, while beginners will need a bit of handholding in terms of steering, transmission, and braking.

Thoughtful options like these are why we feel that GT Sport was developed to please hardcore fans and be welcoming to newcomers as well. Between these assists and the Driving School, new players have a lot to look forward to with GT Sport. Experienced players can go and finetune their car’s setup to suit the weather and track, apart from using manual transmission and no assists to race. This balance is pretty good and even tough AI doesn’t feel unfair in GT Sport. Persistence pays and the time you invest in learning how to play will reap big dividends once you start playing online. GT Sport also has a local two-player split-screen co-op mode in case you want to play with someone at home.

In many ways, Gran Turismo Sport may be one of the best racing games we’ve played, but it has its share of flaws too. There are minor quibbles such as the UI having a weird mouse pointer on a console exclusive title. Sometimes when you want to switch from one option to the next, it takes two interactions with the analogue stick because the pointer doesn’t move to the next menu item automatically. We also wished that Driving School lessons would give you an option to go to the next challenge on finishing one. Exiting the challenge, moving the selection the next one, and then finally starting it felt a bit too tedious at times. We played GT Sport on a PS4 and encountered slightly long loading times in the game. It wasn’t anywhere near as bad as the loading times in Forza Motorsport 7 though, which is a plus. 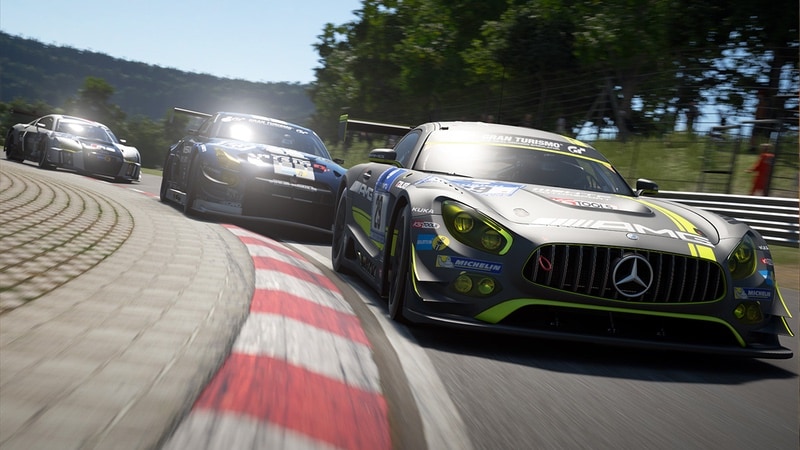 Speaking of which, Forza Motorsport 7 definitely has superior visuals at the moment, especially because Microsoft perfected weather effects in game. From a driving standpoint, we feel that Forza Motorsport 7 is a lot more forgiving of mistakes. If you go off track for example, you can come back on track and continue racing. In GT Sport, going off track and attempting shortcuts leads to a slowdown penalty which costs you valuable seconds in the race. The controller vibration effects are better implemented in GT Sport — you feel small rumbles even when you’re on a nice racetrack — something you’d notice in the real world. Very few roads are free of feedback on the steering wheel. We found ourselves using the brakes a lot more and taking our finger off the throttle a lot more in GT Sport because the tutorial was so good. In Forza 7, we definitely didn’t drive as well because of the lack of a similar tutorial.

That said, the most glaring issue with GT Sport is that it is an always-online game. We can understand this kind of a decision when it’s for a purely multiplayer game, but for a game with such a nice single-player campaign, it’s a complete disappointment to see an always-online requirement. If your Internet connection dies, or the GT Sport servers are down, you won’t even be able to play Driving School, Circuit or Challenge modes. You can only try individual races.

Despite some real issues, it’s hard to find fault with GT Sport. The game delivers stunning visuals, an excellent racing experience, and makes an effort to teach new players how to race. There’s not much more you can ask from a simulation racing game. If you’re a PlayStation 4 owner who’s been waiting for a great racing game, look no further than Gran Turismo Sport.