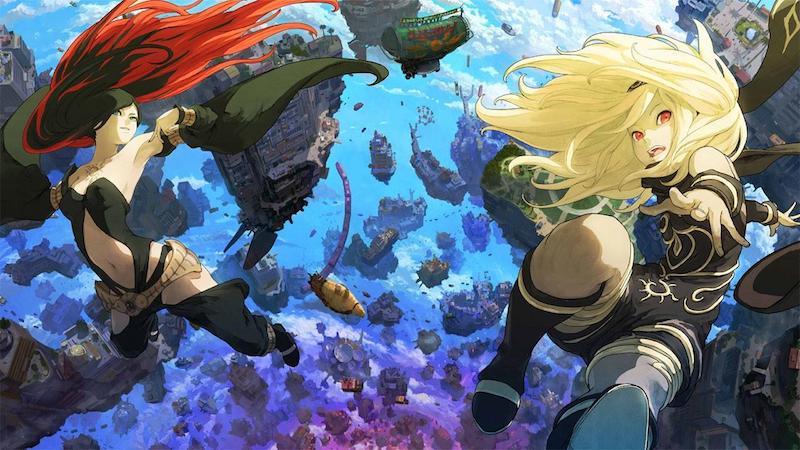 Gravity Rush 2 is a sequel to the cult PS Vita classic. This entry forsakes Sony’s handheld for the PS4 after the original saw a remaster on Sony’s black box.

Like the previous game, you’ll again take on the role of Kat, who is a "gravity shifter". As the name implies, Kat specialises in turning Newtonian laws upside down. While the first game used the well worn amnesiac hero trope amidst a gorgeous floating city, this time around development team Project Siren built upon the original premise in a host of ways. There’s a larger, more expansive open-world, a plethora of side-missions to undertake, and a host of allies to aid you in your quest.

One area where the game is a step down from the original game is in the ambitions of its plot. The original Gravity Rush had you saving the world from an alien threat, but this time around you’re up against the rich and corrupt. Sure the stakes are lower, but they’re closer to heart — most of the game has you protecting a mining village that takes you in when you lose your powers at the beginning of the game. Despite being a sequel, its accessible enough for those who did not play the first game, and the plot remains interesting many hours into the game.

In terms of powers, you can manipulate gravity, which lets you walk on walls, slide across vast expanses of air, or float towards rooftops. This time around, you have Lunar and Jupiter variants too. Lunar lets you become lighter, amp up your speed, and jump higher. Jupiter slows you down by making you heavier, but allows you to dole out more damage, letting you take out a variety of obstacles, and perform devastating area-of-effect attacks. You can switch to any of these by swiping the touchpad. They’re welcome additions but not entirely essential to the experience. We didn’t find ourselves using them too often, outside of a few enemy encounters.

On the topic of enemies, there’s a wider variety of them as well. You won’t just square off against the Nevi — monsters from the first game — but you’ll also battle soldiers and giant robots too. It’s an interesting mix of foes that keeps the combat fresh.

However the biggest additions have been saved for the game world. It’s a lot more immersive this time around, with destructible environments and non-playable characters that you can talk to. There’s a welcome sense of verticality, with locales to explore both upwards and downwards, with the richer, posher districts towards the top, and the slums at the bottom.

Gravity Rush 2, The Founder, and More - The Weekend Chill

And while game worlds have the tendency to throw players in to large spaces with poor tools for navigation, this isn’t a problem Gravity Rush 2 suffers from. It’s easy to tell where you are as each area is peppered with enough visual variety and distinctive atmosphere to ensure you’re never lost.

Although the core gameplay loop has you exploring various locations while making use of your powers to take down enemies in your way or simply get from one point to another, it’s layered with an additional element — a camera. Take enough photos regularly and you unlock an assortment of emotes, filters, costumes, and props to help you take cooler pics.

Furthermore, you can upload shots online which other players can find in their own games, when they’re connected to the Internet. You can also rate pictures taken by others and have yours judged as well. Photos reviewed positively reward the photographer with tokens that can be used to obtain better gear.

This isn’t all either - snaps you view and rate also provide visual cues to obtain better loot. All of this results in an online component that’s thoughtful, fun, and kind of like what happens if Instagram merged with a rewards program.

Perhaps Gravity Rush 2’s strongest point is its visuals. The game retains its wacky anime stylings and pastel-laced environs that make it look fantastic in motion just as it does in screenshots. Fans of the remaster might be disheartened with a drop to 30fps - instead of 60fps that the first game provided - but the sheer number of things to do and the all but obvious bump in visual fidelity make the trade-off well worth it.

With over 30 hours of gameplay time, and an intriguing online component, Gravity Rush 2 is a marked improvement over its competent predecessor. 2017 has seen an abundance of great games on the PS4. Gravity Rush 2 joins the roster of Nioh and Yakuza 0 as stellar exclusives for Sony, and is well worth picking up, whether you've played the first game or not.