Gravel is Milestone Interactive’s game centred around off-road racing. If that’s not something that’d interest you, hold that thought. Gravel is an arcade racing game, which means that its focus is not on realistic racing. Imagine being able to drive rally cars such as the Subaru Impreza across deserts, jungles, and snowy mountains, without really worrying much about tuning the car or driving as you would in real life. That pretty much sums up what Gravel promises — a wide variety of locales, lots of off-road racing cars, and a tonne of fun.

The premise is definitely quite interesting and Gravel has a nice career mode to get you started. There are 60 races in this mode excluding some special event races that are unlocked as you progress. You can earn up to three stars per race depending on whether you win or achieve the objectives listed (such as finishing at least third). The more stars you unlock, the more races and championships in career mode you can play. This is a simple progression method and it works quite well.

As you progress in the game, you also unlock new vehicles and livery for your cars. This gives the game lots of variety, along with different race types. The types of races include standard point A to point B races, stadium dirt track races, time attack, and elimination. These are all pretty standard races but at times you’re pitted head-to-head against certain racers in special event races. These are fun to play and have a funny, over-the-top full-motion video before the races begin.

The game has a commentator to brief you before and comment after each race is done. In-game, each off-road race is being telecast on Gravel TV but there is no commentary during the race. The commentator is one of the more annoying parts of Gravel and we frequently found ourselves skipping through menus quickly in order to avoid listening to his voice too much. 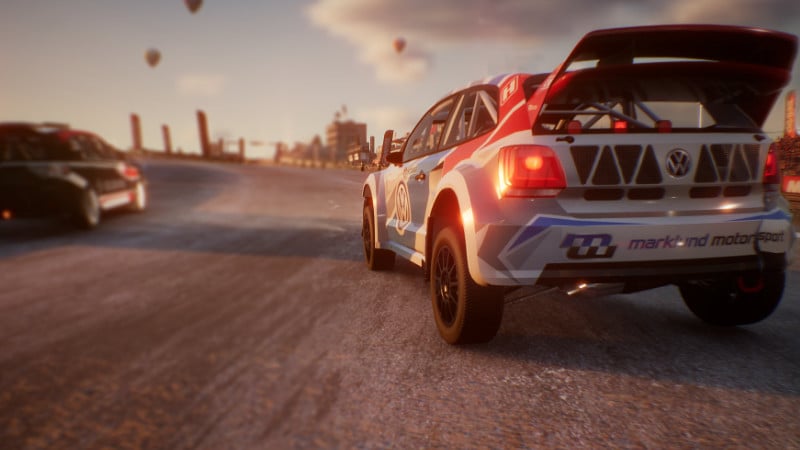 Gravel features lots of fun moments in races such as jumping over a shallow pool of water, drifting through the jungle, and driving on treacherous mountain roads. While we had fun racing on varying terrain, we hardly noticed any difference between them in terms of driving. Ideally driving on the snow should feel different from the desert or forest, but it does not. Even an arcade racer such as Forza Horizon 3 manages to make driving on different terrain feel different, but sadly Gravel doesn’t manage it.

The visuals are another area where Gravel is lacking sorely. Some areas such as mountains and deserts look decent, but in general the scenery is nothing to write home about. Even when it’s raining and you’re racing on a slippery track, the visuals are simply average, which is disappointing. Those races in particular could’ve used high-quality graphics. We also noticed lots of oddities such as some poor animations when you hit a wall of tyres. The tyres bounced like someone threw them up in the air and nothing like they’d been slammed by a car moving at 140 km/h.

We also tried a bunch of cars while racing and felt that the controls were a bit too floaty. That’s to be expected from an arcade racing game designed to be welcoming to new players, but experienced players may not like this. If you see all the car tuning options in the menu and think that these are going to change the driving experience a lot then you will be disappointed. There are obvious differences in the way each car handles but there’s not that much of a difference in the overall driving experience even if you switch between multiple cars. Minor glitches such as the car spinning in the air multiple times after touching a tiny obstacles were also quite frustrating.

We did enjoy playing Gravel initially but as we kept playing, we found ourselves getting a bit bored with the repetitive nature of races. Most of this is down to the terrain and how the driving experience doesn’t vary all that much. This kind of a game would’ve received glowing reviews in the previous decade but not anymore. When we have top-notch arcade racing games such as Forza Horizon 3 and excellent simulation racing games such as Gran Turismo Sport, the bar is a lot higher even if neither of these two games are direct competitors for Gravel. 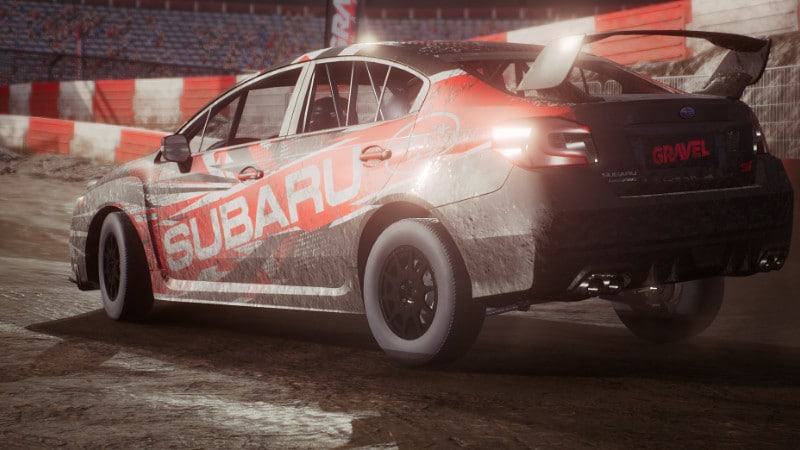 At the moment, Gravel is available at Rs. 3,499 on PS4 and Xbox One and we think that the price is a bit steep for what you get. The games mentioned above are available online at similar or lower prices and offer far superior experiences. If you’re looking for a game with fun arcade off-roading, Gravel is a decent choice but its lack of gameplay variety, average visuals, and steep price hold it back.

Further reading: Gravel, PS4, Xbox One, Gravel Review, Gravel Price, Gravel Price in India
Pranay Parab Email Pranay Pranay is in charge of podcasts and videos at Gadgets 360. Over the years, he has written over 500 tutorials on iPhone, Android, Windows, and Mac. He has also written in-depth reported features on the intersection of technology and culture, reviewed fitness wearables, been the social media manager, started two podcasts, and produced several tech videos. He loves travelling, particularly to places not frequented by tourists. He keeps running half-marathons across the country and hopes to complete ...More
India's Uber, Ola Drivers Went on Strike Because They're Making Almost Nothing
Itel S42, A44 With 18:9 Displays Launched in India: Price, Specifications
product Gravel is an arcade off-road racing game for PS4 and Xbox One. Here’s our review. 3 out of 5 stars